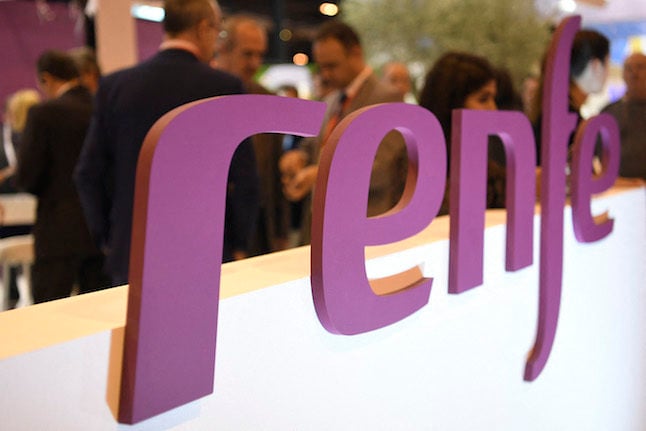 Spain has a great railway network with regional trains in most urban areas and high-speed trains between cities. There are even train hotels that will take you across the country overnight.

The tickets are usually reasonably priced and Renfe is often offering discounts at various times throughout the year or for certain festivals and events.

To take advantage of these low prices or special offers, however, you have to buy them quickly as the discounts are usually only applicable on a certain number of seats.

This means that you may want to be your train tickets online in advance before you travel to Spain. There are several other reasons why you might want to book Spanish train tickets via the Renfe website when you’re abroad, whether you’re a foreign resident in Spain who has gone back for a trip to your home country or a traveller trying to prepare for your trip around the country.

Unfortunately, many people have reported problems trying to book Renfe train tickets online from abroad and have found it particularly difficult, facing many errors.

Often when trying to buy tickets on the Renfe website outside of Spain, you’ll find several error messages coming up on your screen, saying that the request can’t be performed now and to try again later. However, when you do try again later, it’s likely that the same thing will happen again.

Even if you do manage to get through the timetable and booking pages, there are usually more problems when it comes to paying. Often credit cards from foreign banks will not work on the website and the booking will not go through. This is because foreign back may be trying to prevent the purchases if they believe there are fraud issues.

What are the solutions?

On several occasions, those trying to book tickets from abroad have contacted Renfe via Twitter about the error messages and the train company has told them to try and rebook using a VPN.

A VPN allows you to redirect your IP address to another country so that the website believes you are accessing it from a country different from the one that you are in. The solution is to simply select Spain on the dropdown list of countries on your VPN app and the Renfe website will believe you are buying the tickets from Spain directly.

Another tip is to try buying the tickets from the Renfe mobile app instead of the website and to use a VPN at the same time.

Other people have suggested that if you don’t have a VPN, you could try changing the time on your computer so that it corresponds to the time in Spain, rather than the time in the country where are you are located.

When it comes to paying, the best solution is to use a debit card instead of a credit card as the site seems to have lots of issues when you try to pay with a foreign credit card. If you still need to use your credit card, however, make sure you contact your bank in advance to tell them you will be using it to buy tickets via a Spanish website. They may be able to change the bank settings for you.

What if these still don’t work?

If you still can’t get the Renfe website or app to work after trying these solutions, you could always try booking the tickets via another website. You may not be able to benefit from all the same offers as on the Renfe site, but you can still book your basic ticket.

Some other sites include trenes.com and thetrainline.com, both of which are very easy to use from abroad and for buying tickets in Spain.

Another alternative is to call the Renfe ticket office and book over the phone instead. However, depending on how good your Spanish is and which office you’re calling, this could be challenging too.

If you can’t do any of these things, then you can always wait until you’re in Spain to buy tickets via the Renfe website, which is very easy.

Unfortunately, there also seem to be problems when booking tickets on the new Ouigo website from abroad. The Local Spain tried booking tickets with a UK VPN and a message simply came up saying that the site was blocked. When we tried again with our normal Spanish IP address, it worked with no issues. If you want to book Ouigo tickets from abroad, try the same solutions as with Renfe, such as turning on your VPN for Spain. 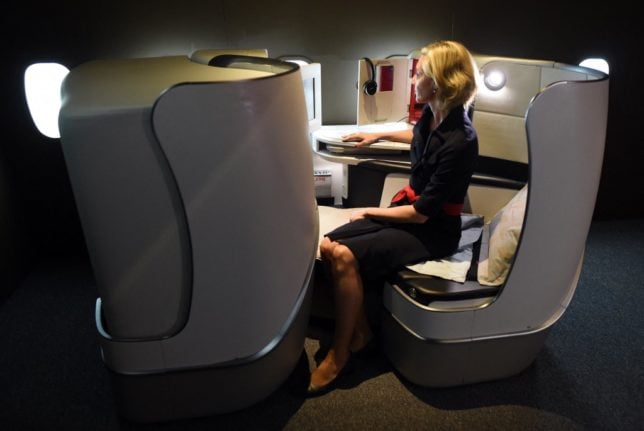 Leading airline bosses have warned that EU plans to reduce the aviation industry’s net emissions to zero by 2050 could have a major impact on the Spanish tourism sector, with potential losses of 11 million international tourists a year, according to a report.

The startling figure comes from a report made by consulting firm Deloitte, who estimate that the loss of tourists could mean a reduction in Spain’s GDP by around 1.6 percent (roughly €23 billion) and the loss of 430,000 jobs by 2030.

The economic impact would be felt across different sectors, too, with the hospitality sector projected to lose €3.6 billion, and the new tax measures on aviation alone would mean a 0.9 percent drop in GDP and 236,000 jobs lost.

For a country like Spain, whose tourism sector makes almost 13 percent of its overall GDP, the socioeconomic effects could be dramatic.

Spain is the second most visited tourist destination in the world, with over 80 million visitors a year, and it is expected that it could be one of the countries most effected by the incoming changes to the aviation sector as eight out of every ten international visitors to Spain come by plane.

The Deloitte report was presented at an event jointly held by the ALA, Spain’s airline association, and the CEOE, its business federation, during which the presidents of both bodies met with the bosses of some of the biggest airlines in the Spanish market.

‘Only the rich will travel’

The environmental measures wouldn’t only have an impact on the Spanish economy or its big airlines, however.

At the meeting Jesús Cierco, Corporate Director at Iberia Express, expressed his fear that “these measures will make only the elites able to travel,” suggesting that any increased costs to the aviation industry could be passed down to the consumer. These include the use of sustainable aviation fuel (SAF) , the restriction of emission rights, the application of a tax on kerosene and the possible application of a €7.85 tax on airline tickets.

The Deloitte report suggests that the use of sustainable fuel to meet the 2050 deadline, which is as much as 6 times more expensive than normal fuel, combined with a tax on kerosene and reduced CO2, which will also become more expensive, mean that costs could rise for the consumer – in this case tourists hoping for cheap flights abroad.

READ ALSO: How Spain is imposing caps on visitor numbers for its top attractions

Javier Gándara, president of ALA, explained that “airlines are committed to achieving zero net emissions by 2050 and we are already on the path of decarbonisation.”

“The sector agrees with the environmental measures that contribute to achieving this goal,” he added, “and we are willing to assume an extra cost to the extent that they contribute to the decarbonisation of the sector.”

Gándara did however warn that the measures could have an “impact on the tourism sector,” something he considers “an economic pillar for Spain.”