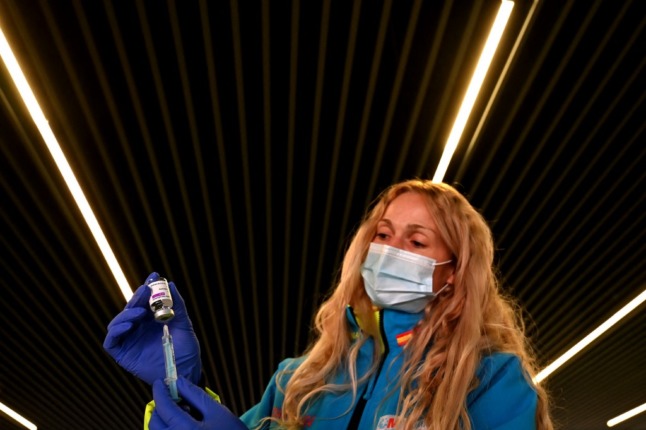 Spain’s Health Ministry has decided it will not order any more doses of the AstraZeneca vaccine.

This comes after confirmation from regional authorities in the country’s 17 autonomous communities that they have the necessary doses to vaccinate the remaining people in the 60 to 69 age group who received the first dose of the AstraZeneca vaccine.

Spain has picked up the pace of vaccination of this group, the only group which was finally allocated the UK-Swedish produced vaccine after a small number of cases involving blood clot side effects.

With the emergence of the Delta variant in Spain, regional governments brought forward the second AstraZeneca vaccine of people in their sixties, taking the full vaccination rate from under 50 percent in late June to 78 percent on July 19th.

However, the are still more than a million people in the 60 to 69 age group in Spain who have not received their second and final AZ dose.

According to health authorities, there are enough AstraZeneca doses of the 10 million received still in stock for the remaining people to be fully immunised.

Remaining vaccines will be donated to COVAX, the Global Access Fund for Covid-19 vaccines.

Back in May, the European Commissioner for the Internal Market Thierry Breton announced that the European Union would not renew the contract with the pharmaceutical company beyond June.

Spain has not received any AstraZeneca vaccines in the last two weeks.

When the country’s vaccine campaign began in late December 2020, 31 million doses were included in the initial contract, but four deaths from blood clot related problems hampered and halted the campaign.

Over the last six months, the vaccine has gone from being potentially available to all age groups, to being assigned to 18 to 55 year olds, next being suspended while studies were carried out, then being offered to 18 to 65 year olds and finally being made available to just 60 to 69 year olds.

As a result it’s been continuously questioned in the Spanish press and brought up in daily talk, but when Spain’s Health Ministry offered a second dose of Pfizer rather than AstraZeneca, an overwhelming majority chose to stick to AZ for the second dose.

And so Spain just about marks the end of the road for a vaccine that’s been highly questioned, perhaps unfairly, but which has been administered more than 10.3 million times in 2021 and will undoubtedly help in Spain’s race to immunity.