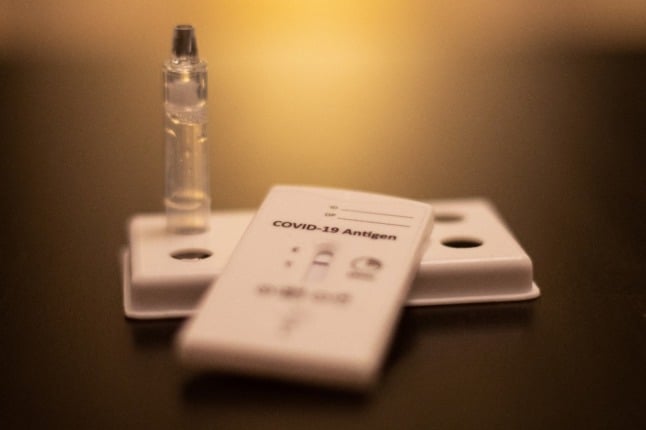 After months of insistence from the pharmaceutical sector and regional authorities, Spain’s national government has set a date for the authorisation of sales of Covid test home kits in pharmacies without a prescription.

From July 20th, people in Spain will be able to buy these tests at chemists around the country that have them in stock.

But can these self-test kits – which are likely to cost between €5 and €10 – be used by travellers to prove that they don’t have Covid-19, and can the results be added to Spain’s Digital Covid Certificate? Will unvaccinated travellers be able to use them to travel nationally or internationally?

Spain’s Health Ministry is yet to confirm if self-test kits will be usable for travel, but ultimately this decision will rest on the regions to decide.

That’s the reason why Spain’s two archipelagos – the Canary Islands and the Balearic Islands – have been able to require Covid tests from the regions in mainland Spain that they deem to pose a risk of bringing in new infections.

Reader question: Do I need a Covid test to travel to another region in Spain this summer?

Covid-19 self-test kits have been around for some time in a number of EU countries such as Germany and Portugal where they have been accepted to access certain premises, hotels and shops, but not for travel between regions or abroad.

The self-test kits that will be sold at pharmacies are rapid antigen tests (also antibody tests but these don’t detect the virus and require a PCR). Spain accepts proof of a negative antigen test from EU/EEA travellers as do the Canary Islands and the Balearic Islands for travellers from mainland Spain, but the reliability of these tests has been called into question by several studies, with PCR tests considered more effective at detecting Covid-19.

A study carried out last month in Ireland found that the Abbott self-test kit had an accuracy rate of 52 percent, and test subjects collected their own swabs under the supervision of professionals.

There’s also the fact that a self-diagnosis test performed at home doesn’t get you an official document confirming you tested negative for Covid-19 as antigen tests performed by clinics and labs do.

Spain’s Health Ministry is currently deciding on its MO for incorporating the results of self-test kits into its health database.

All in all, it seems highly unlikely that Spain, its regions and other countries in the EU and elsewhere will accept self-test kit results as a valid means for unvaccinated travellers to prove they do not have Covid-19.

We will keep you informed once this has been confirmed by Spanish health authorities. 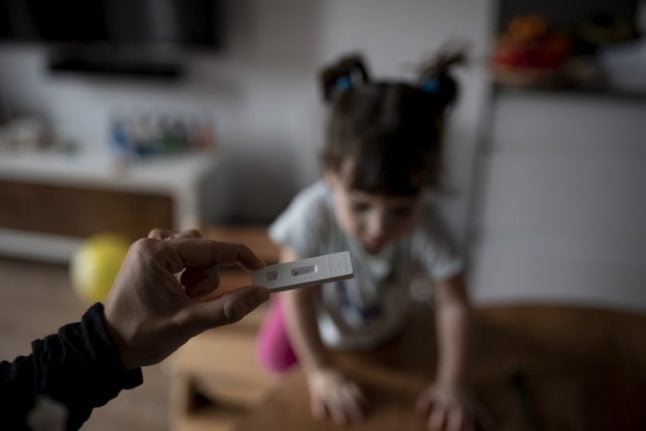 As of September 2022, Covid-19 cases are dropping in Spain and the pandemic has for some
months now not dominated daily life in the country, with hardly any restrictions still in place.

However, there are still people dying from the virus and others suffering serious complications after becoming infected.

The recommendation from Spanish health authorities continues to be that if you have Covid-19 symptoms, you should get tested in order for you to take the necessary precautions with yourself and others.

Some people choose not to get tested because they assume that their symptoms are consistent with the common cold or the flu rather than the coronavirus.

That’s in part because clear Covid symptoms such as the complete loss of smell are far less prevalent now, whereas those that are common in flu and cold sufferers such as congestion, a cough, headaches, a sore throat and sneezing are the norm.

Fortunately, there’s now a quick and easy solution to this available in Spain which can help anyone resolve any doubts about what virus they have, if any. Combined tests which allow users to find out whether they’ve become infected with Covid-19, influenza type A or influenza type B (two different strains of the flu) are being stocked in pharmacies across Spain since September 4th.

Their price is €2.94, slightly higher than that of antigen tests, since the Spanish government began to regulate their cost following huge price hikes based on high demand over the 2021 Christmas period.

In terms of how they are used, it’s no different to how antigen tests work. The user puts the swab deep up one or two of their nostrils and then places the sample on the tester to be provided with a positive or negative result. It’s expected that as the cold weather arrives in Spain over autumn, these combined self- test kits will become increasingly popular.