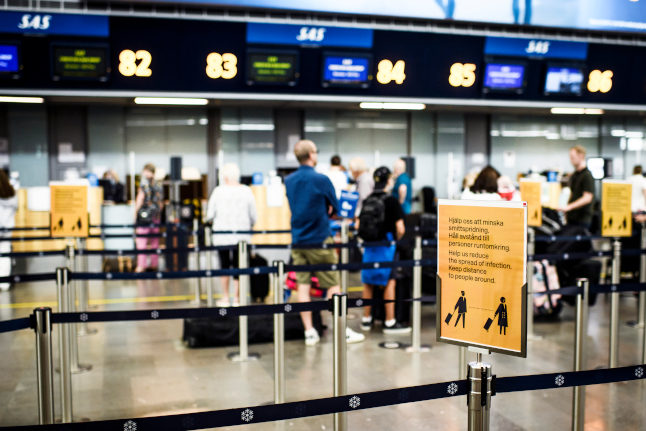 From the week starting June 28th, the Delta variant makes up around 60 percent of new Covid-19 cases in Sweden, and Alfa around 30 percent, according to the Public Health Agency. Sweden is currently sequencing all confirmed cases of coronavirus.

The Public Health Agency notes, however, that there has been a slight increase in new cases in the Stockholm and Jämtland-Härjedalen regions, albeit “from low levels”.

“The proportion of cases of Covid-19 linked to foreign travel has increased since the end of June. The spread of infection has increased in several countries in Europe as well as in the rest of the world, which means an increased risk for Swedish travellers as well,” said the Public Health Agency, which this week tightened its testing recommendations, with returning travellers urged to get tested as soon as possible.

The Delta variant is more infectious than other known strains. The vaccines still offer significant protection against the more serious consequences of the illness, but a single dose gives a much lower level of protection against catching Delta than against other variants. Swedish health authorities have urged people in Sweden to make sure they get their second dose when they are eligible.

Covid-19 vaccinations are currently open to all adults in Sweden. More than 70 percent of Sweden’s adult population have received their first dose of the vaccine, and 45 percent have received both doses. Sweden is currently only using vaccines that require two doses.

Six new Covid patients were admitted to intensive care last week, down from an average of ten patients per week in the three previous weeks. Nine people died the week starting June 21st and 14,606 people with Covid have so far died during the pandemic.

COVID-19 STATS
Why Europe could be headed for pandemic ‘endgame’
Url copied to clipboard!