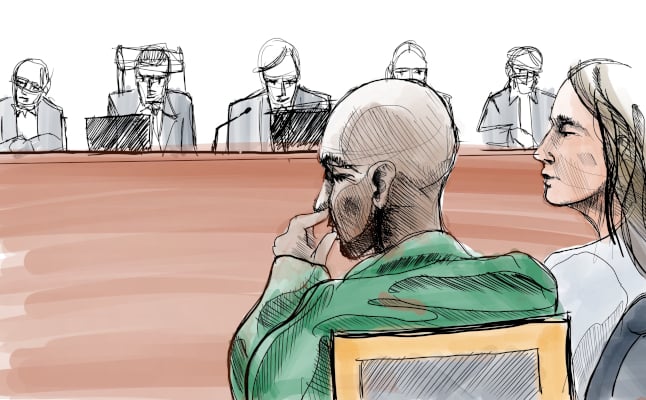 Yasin Mahamoud was detained on New Year’s Eve for his involvement in the March 2020 kidnapping. He was jailed for 10 months on Wednesday.

According to Wednesday’s verdict, Yasin planned to meet his victim at a recording studio and then lure him into a car in central Stockholm. He denied the charges.

The prosecution said that Yasin “received information, passed on information and had given orders and instructions on how and when” the
kidnapping should be carried out.

The planned kidnapping was ultimately aborted that weekend. The victim was, however, kidnapped several weeks later, but without Yasin’s involvement.

The victim was beaten, robbed, photographed in humiliating conditions and blackmailed, according to prosecutors.

The pictures were leaked on social media several weeks later when the victim refused to pay.

Most of the evidence in the case consisted of chat messages on the encrypted Encrochat service.

The Yasin case was part of a broader one involving 30 suspects in a criminal network accused of a variety of crimes.

On Wednesday, Chihab Lamouri, the leader of the network was sentenced to 17 years and 10 months in prison, while 26 others were sentenced for “serious criminal activity, committed within the network or connected to networked crime during the spring of 2020”.

Among them was another rapper, Haval Khalil, who was sentenced to two and a half years in prison for complicity in kidnapping and robbery of the same artist targeted by Yasin.