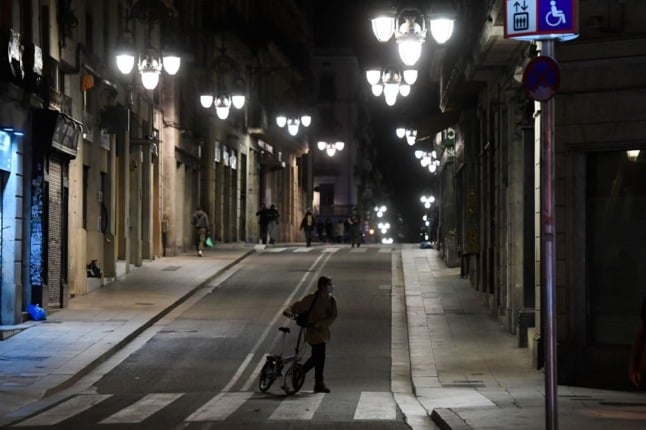 The regional government headed by Ximo Puig has received the backing of the Valencian district attorney’s office regarding the return of Covid-19 measures such as the curfew and limits on social gatherings as a means of curbing rising infections in the eastern territory.

In early June, Spain’s Supreme Court ruled that these two types of measures should not be implemented since the state of alarm ended on May 9th, considering that such restrictions encroach on fundamental freedoms and are not proportional to the whole territory.

But on this occasion Valencia’s public prosecutor’s office has considered the limit of ten people in public or private settings across the region as well as the 1am to 6am curfew in high-risk municipalities with more than 5,000 inhabitants to be balanced and corresponding to the region’s epidemiological situation.

The region made of Valencia, Alicante and Castellón provinces has gone from having one of the persistently lowest infection rates in the EU (around 35 cases per 100,000 inhabitants) to 264 infections per 100,000, a fortnightly infection rate which has spiked in the region as it has done across Spain in a matter of two to three weeks.

The court ruling represents the latest chapter in the legal complications that Spain’s legislative system has had to face during the pandemic, with different interpretations by judges resulting in varying measures and regional authorities having to unwillingly lift restrictions in different regions.

Spain’s two states of alarm – which went from March to June 2020 and then October 2020 to May 2021 – gave regional governments the powers to quickly legislate without having to first run coronavirus measures past judges.

Without this legal framework, the regions no longer had the power to decide and depended on local and national judges, with the Spanish government approving in May a Royal Decree that gave Spain’s Supreme Court the final word on what measures limit fundamental rights.

The decision by Valencia’s public prosecutor’s office lays out the legal background for other regions which have called for the return of the curfew (such as Castilla Y León and the Canary Islands) to know how to do so, by acting within proportionality and with an end date set for the end of the restrictions.

That is what the Supreme Court ruled back in May, stressing that health legislation can allow limits on fundamental rights without a state of alarm as long as it’s “essential and temporary”.

In essence, we may not have seen the end of curfews in Spain during the pandemic, although rather than affecting the whole of Spain or entire regions, it’s likely that regional governments will reintroduce them in smaller areas where Covid cases are particularly high.