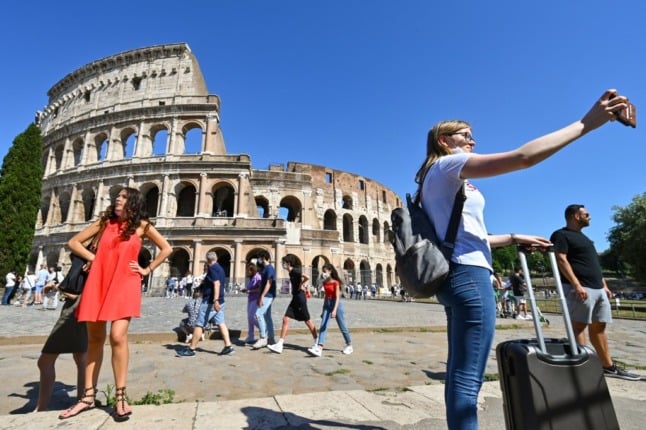 Due to the growing spread of the Delta variant, the infection rate in Italy is rising after 15 weeks of falling figures, according to the latest weekly monitoring report by the Higher Health Institute (ISS).

However, most of the country’s new coronavirus infections can be attributed to those who are unvaccinated or have only had the first dose, said the ISS.

With far fewer cases reported in fully vaccinated people, “the differences observed suggest that vaccines are effective in reducing the risk of infection, hospitalisation, ICU entry and death”, it said.

But there’s still a considerable number of people in Italy who are unvaccinated or yet to receive their first dose.

READ ALSO: ‘It seems to depend on luck’: Foreigners in Italy continue to report problems getting Covid vaccines

Just over 44 percent of the Italian population over 12 years old have now been fully vaccinated, according to the latest government figures.

That leaves more than half of the population still vulnerable to infection.

And some of the most fragile are still waiting for their jab: 7.4 percent of Italy’s elderly population, the over-80s, haven’t been vaccinated or haven’t yet received their first dose.

In this age group, 35 percent of diagnoses, 59 percent of hospitalisations, 78 percent of admissions to intensive care and 70 percent of deaths are related to people who have not received a single vaccine shot, according to the ISS.

Just 2.19 percent of Italy’s healthcare workers are still unvaccinated, after the government made vaccination compulsory for health professionals in contact with patients.

The percentage of school personnel yet to receive their first dose is 15.25 percent – a figure that backs health experts’ recommendations to maintain coronavirus measures in schools ahead of classes resuming in September.

Just 6.37 percent of 12-19 year-olds have been fully vaccinated and 23.5 percent have received their first dose, but experts said it was “currently not possible to predict” how many pupils will have been vaccinated by September.

Compared to the rest of Europe, Italy’s share of people who have received at least their first jab ranks above average.

In terms of getting infected after receiving both shots – or the single dose in the case of the Johnson & Johnson vaccine – the complete cycle of vaccination has an efficacy between 79.8 percent and 81.5 percent depending on the age group, the ISS report found.

The vaccination most administered in Italy is Pfizer/BioNTech followed by AstraZeneca, Moderna and lastly Johnson & Johnson.

Italy continues to administer around half a million vaccine doses daily.

Italy become the first country in Europe to make it obligatory for healthcare workers to be vaccinated, ruling in 2021 that they must have the jab or be transferred to other roles or suspended without pay.

That obligation had been set to expire in December, but was brought forward to Tuesday due to “a shortage of medical and health personnel”, Health Minister Orazio Schillaci said.

Italy was the first European country to be hit hard by the coronavirus pandemic in early 2020, and has since registered nearly 180,000 deaths.

Schillaci first announced the plan to scrap the rule on Friday in a statement saying data showed the virus’ impact on hospitals  “is now limited”.

Those who refuse vaccination will be “reintegrated” into the workforce before the rule expires at the end of this year, as part of what the minister called a “gradual return to normality”.

Meloni said the move, which has been criticised by the centre-left as a win for anti-vax campaigners, would mean some 4,000 healthcare workers can return to work.

This includes some 1,579 doctors and dentists refusing vaccination, according to records at the end of October, representing 0.3 percent of all those registered with Italy’s National Federation of the Orders of Physicians, Surgeons and Dentists (Fnomceo)

Meloni’s post-fascist Brothers of Italy party railed against the way Mario Draghi’s government handled the pandemic, when it was the main opposition party, and she promised to use her first cabinet meetings to mark a clear break in policies with her predecessor.