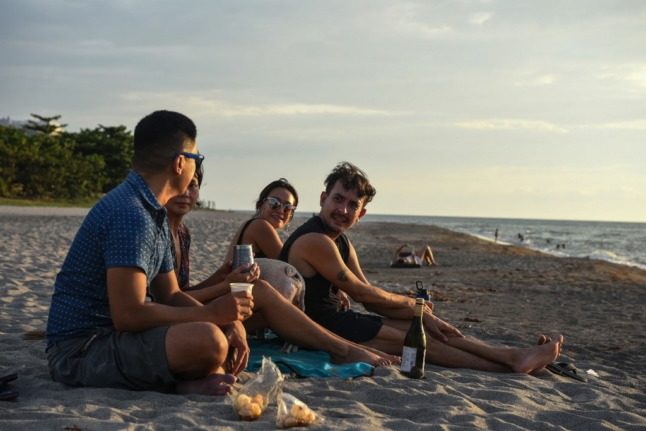 The new Startups Law hopes to attract foreign companies by making it easier for startups to choose Spain by giving them tax reductions.

It also aims to entice foreign remote workers and digital nomads to Spain by creating a new special visa for them.

“This law will put Spain at the forefront in the creation of these companies,” said Second Vice President and Minister of the Economy, Nadia Calviño, adding that it comes “at a time when there are more and more entrepreneurial digital nomads and investors who can work from anywhere in the world”.

Although the law will still have to go through another round of government approval, sources from the Ministry of Economic Affairs indicate that it will finally be passed by summer 2022.

What are the tax breaks for startups and investors?

The proposed law is good news for startups, which will be able to benefit from reduced tax rates.

It will give startups and investors a reduction in Corporation Tax from 25 to 15 percent.

It will also allow remote workers to be able to pay Non-Residents Tax (IRNR). Until now the IRNR was only levied on the income earned in Spain, by both individuals or companies, who are not residents or established in Spain. This means workers and companies who obtain income in Spain, but do not stay for more than 183 days.

The IRNR tax rate for people with annual incomes of up to €600,000 was 24 percent, but the new law will reduce it to 15 percent for a maximum period of four years.

Those who request to submit to this tax regime would have to prove their status as international remote workers.

What are the other advantages for startups and investors?

In 2015, Spain was ranked among the worst countries to start a business in, so hopes are that the new law will change this. Who will be able to benefit from this?

The Startups Law is open to anyone from the EU or third countries, as long as they haven’t been resident in Spain in the five previous years. It will allow them to gain access to a special visa for up to five years.

This visa will be open to executives and employees of startups, investors, and remote workers, as well as family members.

What about digital nomads and remote workers?

The new law also proposes the creation of a special visa for digital nomads and remote workers who wish to work from Spain.

To be eligible, they will have to prove their status as a remote worker and will also be able to access the visa for up to five years. However, they can’t have lived in Spain any time during the five years previously.

Digital nomads and remote workers will also be able to benefit from the same tax reductions as startups by paying the Non-Residents tax rate.

The double contribution to Social Security will also be eliminated for the first three years for those entrepreneurs who simultaneously maintain a job as an employee.

So you’ve sorted out your visas, you’ve done all your packing and have either sold or moved out of your home, but when you arrive in Spain you’re not exactly sure where you’re going to stay.

Of course, it’s not the best idea to sign a contract ahead of time for a more permanent place before you’ve actually seen it in person. Photos don’t always accurately represent what the house or apartment looks like in reality and you won’t really be able to get a feel for the neighbourhood without being there.

On top of this, rental scams are rife in some places in Spain, particularly in the bigger more popular cities like Barcelona. Often people will place an ad (which usually looks too good to be true) and get you to wire over a deposit to secure it in advance, but here’s the catch – the place doesn’t usually exist.

This is why it’s important to never hand over money to secure a place to live in Spain before you’ve actually seen it in person and you can get the keys as soon as you sign the contract.

While Idealista and Fotocasa are two of the most popular sites to look for accommodation in Spain, when you only want somewhere for a couple of months, there’s no point looking there, as most places will have yearly contracts.

Keep in mind with short-term rentals for a couple of months, you’re going to be paying higher than the average monthly rent, however, for this, the apartments are usually fully furnished, including kitchen utensils, wi-fi already connected and offer you the flexibility of shorter contracts.

Specialised short-term rental agencies are the best way to go, which will allow you to sign contacts for less than the typical one year. These types of agencies are usually found in Spain’s big cities that are popular with foreigners, such as Madrid and Barcelona.

Trying searching in Spanish too by typing alquiler de temporada or alquiler temporal plus the name of the city or town you’re looking in. This way you may be able to find places that offer better value.

In Barcelona, check out aTemporal an agency that started up precisely to fix the problem of trying to find accommodation in-between tourist accommodation and long-term rentals. They rent out apartments for anywhere from 32 days to 11 months.

ShBarcelona is another agency that specialises in these types of rentals and have properties all over the city.

READ ALSO – Moving to Barcelona: A guide to the best neighbourhoods to live in

In Madrid, try DFLAT, which was created by two professionals from the Instituto de Empresa University after discovering the difficulties professionals and foreigners found when looking for an apartment in Madrid. Sh also has a good branch in Madrid.

In Valencia, Dasha Living Space has both short and long-term fully furnished flats available and  Valenvi Flats also offers rentals for between three and six months.

READ ALSO – Moving to Valencia: A guide to the best neighbourhoods to live in

While the nightly rate of Airbnb apartments is typically too expensive to rent for a couple of months, you may be able to find some deals. Often when you input dates for a month into Airbnb, you’ll find that several places have a monthly discount offered. Also, some owners will do a deal for a couple of months. If it’s winter for example and they know they’re not going to get many tourists anyway, they may be willing to negotiate.

Like Airbnb, the properties on Vrbo are rented out directly by the owners. While the site is also mainly focused on tourists, some owners may negotiate outside of the tourist season.

If you’re willing to try something a little bit different, then housesitting could be the way to go. This is where you live in somebody’s house for free, in exchange for looking after their pets and their property.

Often people only need someone for a few days, but sometimes you’ll see house sits available for a month or longer. This is perhaps a better option for those who are flexible on where they might want to live and are trying out a few different places. It’s also better for those wanting to live in smaller towns or villages rather than the bigger cities, as there are fewer postings for these popular locations. Trusted Housesitters and Mind My House are good options.