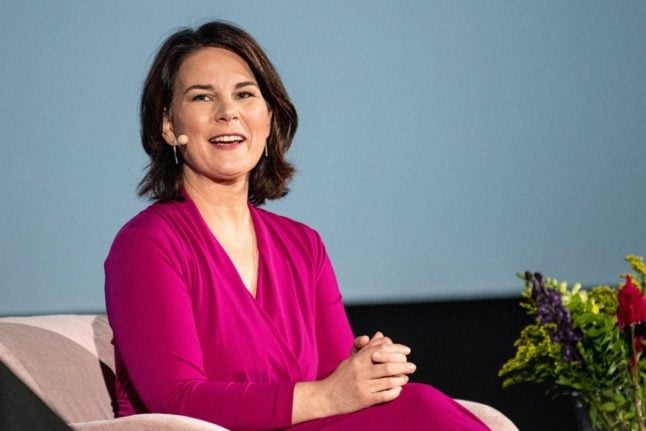 Baerbock, who earlier appeared to be in position to succeed Angela Merkel as the German leader, has suffered several setbacks and now trails the conservative party in opinion polls ahead of a general election in September.

Most recently, she was accused by Stefan Weber, an Austrian who tracks plagiarism, of having copied several passages in her book “Jetzt” (Now).

Weber highlighted half a dozen parts he says were copied from institutional websites or from the influential centre-left German weekly Der Spiegel.

“Many ideas from other people were integrated” in the book, Baerbock told Brigitte, a top German magazine for women, in comments published on its website on Thursday.

“I did not write a specialised work or something like that, I wrote what I want to do with this country, and also described the world as it is, with
facts and realities.”

The 40-year-old Green leader noted that since she was designated in April as its candidate for chancellor, she had become the target of a “fake news” campaign.

She was accused for example of wanting to “get rid of dogs” to limit greenhouse gas emissions, and of having posed naked when she was younger.

But the latest charge represents another hurdle in the wake of “errors” that Baerbock has already acknowledged, notably her failure to declare to
parliament a bonus she had received from the party, and inaccuracies on her CV that have since been corrected.

A survey by the Insa institute that was published Thursday by the popular tabloid Bild found that 58 percent of those questioned felt she was “not
worthy of trust”.

Meanwhile, the Greens have slipped from frontrunners in the September 26th election to second place behind the conservative CDU-CSU alliance, with 20 percent and 28 percent respectively, according to ARD, a public television channel.

Merkel herself is not seeking another term and is to step down after 16 years as head of Europe’s leading economic power. 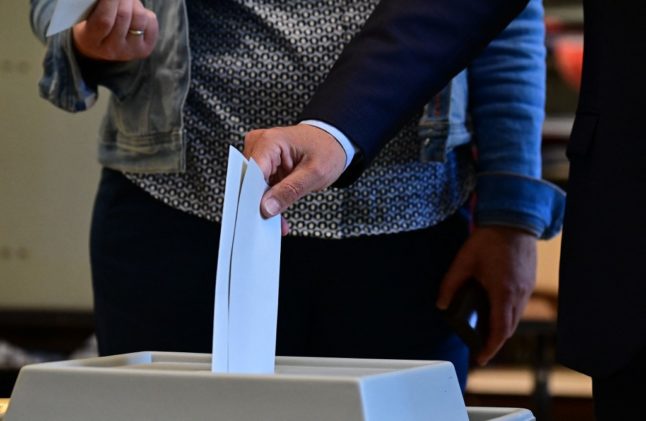 Surveys published after polling stations closed at 6:00 pm (1600 GMT) found the conservatives on around 35 percent, with the SPD on around 28 percent – a result that would be its worst ever in the state.

The drubbing comes amid criticism for Scholz over his stance on the war in Ukraine, especially his perceived hesitancy to provide heavy weapons to help it resist Russia’s invasion.

North-Rhine Westphalia is a prosperous industrial hub and Germany’s most populous state with some 13 million eligible voters and around a quarter of the population.

The state is home to major cities Cologne, Bonn, Duesseldorf, Essen and Dortmund, and the result will be seen as a key indicator of the political mood in Germany.

North Rhine-Westphalia’s last election in 2017 saw the CDU under Armin Laschet triumph with around 33 percent of the vote, while the SPD finished on 31.2 percent.

Laschet went on to replace Angela Merkel as the leader of the party before losing to Scholz in the race to become chancellor last year.

The CDU in North Rhine-Westphalia is now led by moderate Hendrik Wuest, 46.

Scholz had played a prominent role in the election campaign but his involvement appears to have done nothing to help SPD candidate Thomas Kutschaty, 53.

‘High stakes’
The Social Democrats were also roundly beaten in another regional election last week, in the small northern state of Schleswig-Holstein.

In North Rhine-Westphalia, exit polls showed the Green party on around 18 percent — almost triple its score in the last regional vote in 2017, when it scored 6.4 percent.

The liberal FDP was on around five percent, a sharp drop on its performance on 2017 when it joined forces with the CDU to form the regional government.

At the federal level, Scholz’s party has formed a government with the Greens and the FDP after winning last September’s general election.

The Greens have been perceived as stronger than the SPD in their response to the war in Ukraine, with Vice-Chancellor Robert Habeck and Foreign Minister Annalena Baerbock now Germany’s most popular politicians.

To add to the SPD’s woes, Defence Minister Christine Lambrecht is currently caught up in a storm of criticism for allowing her son to accompany her on a government helicopter on their way to a family vacation.

“The stakes in this election are high,” said Der Spiegel magazine ahead of the vote, pointing out that “whoever governs here automatically has a say at the federal level”.

A victory would be an important boost for the CDU, relegated to the opposition in last year’s election after 16 years in power under Merkel and now led by veteran right-winger Friedrich Merz.