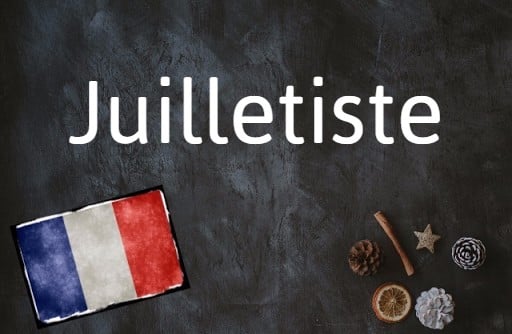 Why do I need to know juilletiste?

Because it’s important when you are talking about one of France’s most sacred traditions – summer holidays.

It means July-ist, coming from juillet, the month of July, but it really means someone who takes their summer holiday in July. Those who take their holiday in August are referred to as aoûtiens (from août – August).

Les grandes vacances – the summer holidays – are a big deal in France, with large parts of the population leaving the cities and decamping to the beach or the countryside for a month.

It’s completely normal over the summer for your local bakery, pharmacy, book store etc to close for at least a month while the staff and owners go on vacation, while business emails frequently illicit an automated reply informing you that the employee is out of the office and you should try again in September.

Schools give kids two months off – this year the school year ends on July 8th – so families too can take off for a long break.

Traditionally there was quite a clear distinction between the juilletistes and the aoûtiens, with factories closing in August while professional and middle class workers took their holidays in July.

These days when you take your holidays is more a matter of personal preference, but there is still a chassé-croisé (crossover chase) weekend at the end of July that sees a huge population movement as the juilletistes return home and the aoûtiens depart for the holidays. If possible, it’s wise to avoid driving on this weekend as the traffic jams can be horrendous.

There’s also a smaller tribe of septembristes – those without kids in school who can take advantage of the cheaper prices but still excellent weather for a holiday. It has the added bonus of being able to gloat at all your juilletiste and aoûtien colleagues who are suffering from post-holiday blues as you head off.

Les aoûtiens ont réservé tous les hôtels – The August holiday-makers have booked up all the hotels. 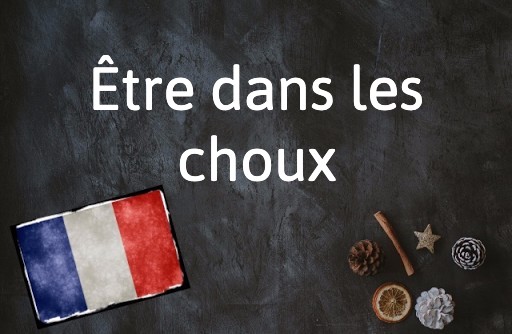 Why do I need to know être dans les choux?

Because you might want another expression to help you complain in French.

Être dans les choux – usually pronounced eh-truh dahn lay shoe – translates to be in the cabbages. In practice, the phrase is used to describe being in a bad or unfortunate situation.

If you’re in trouble – for whatever reason that may be: your team is losing, you’ve been feeling sick, you did something embarrassing, you can tell someone you are ‘dans les choux’ to signal you’re really in the doghouse, as we might say in English.

Similar to other cabbage-related expressions, like faire chou blanc, this phrase goes back to the 19th century and shockingly does not actually have any vegetable origins. In fact, it comes from the word ‘echouer’ which means “to fail” in French, which was shortened in the expression to simply be ‘choux’.

Je n’ai pas pu dormir de la nuit à cause de ma migraine. J’étais vraiment dans les choux. – I could not sleep all night because of my migraine. I was really in a bad position.