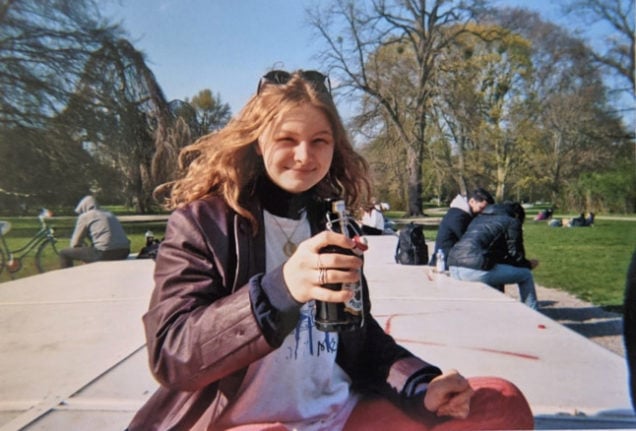 I arrived in Hanover from the UK in September, fresh faced and full of hope that this whole pandemic palaver was well on its way out. Fast forward a couple of months and Germany was plunged back into a lockdown which, unbeknownst to me at the time, would last until the following spring.

I must admit that I was fairly ecstatic just to have made it onto the train to Hanover. After months of uncertainty created by the sour cocktail of post-Brexit travel rules and the coronavirus pandemic, I had resigned myself to the idea of staying in England, and not going abroad at all. Even until a couple of weeks before my train left from St. Pancras I had not let myself get too excited about the year ahead.

By some stroke of luck, I managed to make it to the city where I would be spending the next seven months and, sitting in my bare-bones university dorm room, I was feeling fairly optimistic about the future.

This hopefulness lasted until about mid-October. I was lucky to be able to attend in-person seminars for my intensive German course in September, and managed to make a good few friends who were in the same boat as me. We made the most of the relaxed coronavirus regulations and spent our evenings (and sometimes afternoons too) in beer gardens and bars, making the most of the blissfully sunny September.

As the university semester raced closer, and the number of Covid-19 cases in Germany started to rise, it slowly dawned on us that this relative freedom would soon be snatched from our clutches. So ensued a sort of freshers-week frenzy whereby we all tried to fit a semester’s worth of experiences into our first months in Germany.

I am grateful that I managed to visit so many new cities in those first weeks, and my Semesterticket (a pass given to students in Germany which allows them to travel across their local region for free) definitely came in useful.

READ ALSO: Studying in Germany: These are the words you need to know

It then became clear that our teaching for the semester was going to be online. I soon had to forget all ideas of cycling to class in my university’s main teaching building – nicknamed the castle as it was once a Prussian palace – and accept that the majority of my mornings would be spent sitting alone at my stark desk, staring out at the bleak 1960s lab buildings that stopped almost all light from making its way through my window.

I must say I am incredibly grateful to have made such close and supportive friends during my early days in Germany, I am not sure I could have endured the isolation of the lockdown period without them. Moving to a new country on your own is disorientating enough as it is, and the imposition of ever-changing lockdown restrictions meant it was harder than ever to feel settled.

We made do though and, as our Semestertickets began to gather dust, beer gardens were swapped for parks, restaurants for dingy student kitchens. Almost everyone I know was still able to form some firm friendships over here, perhaps made even firmer by a shared frustration with the seemingly endless restrictions.

READ ALSO: 7 things the Covid-19 crisis has taught us about Germany

Immersing yourself in German more difficult

One thing I felt certainly did suffer during this year was my immersion in the German language. I arrived with a fairly solid university-level of German, with the naive hope that I would end my year a master of conversational Deutsch. Though I could easily discuss the intricacies of Kleist’s dramas, I wouldn’t necessarily have been able to ask where the changing rooms were in a shop.

When you take all your classes from your own desk, and hear the majority of your daily German through tinny laptop speakers, the immersion aspect of learning a language is somewhat diminished. Throughout the year, I have been trying to take as many opportunities to practice my everyday German as I can, asking questions of staff in shops and restaurants – though the German arms-length customer service style isn’t always conducive to this – and chatting über Gott und die Welt (about anything and everything) with my German friends.

I am now living in Berlin and working as an intern at The Local, a sentence I would not have believed I would be writing a year ago, when I was sitting back home at my parent’s house, not even sure which country I would be in a couple of months later. The country has opened up more than I could have imagined over the last months, and I feel I am finally getting a sense of the culture I felt slightly shut out from during my first semester abroad. For a while, it had almost felt like there was a pandemic-style plexiglass screen between me and ‘real’ German life.

I only have a few weeks left before I trudge home to England, so I am trying to plunge myself back into that year abroad mode. My expectations of my study-abroad experience have been so constantly readjusted that even being able to sit in a café to work feels like a small miracle. Though I must say my Erasmus grant is disappearing pretty rapidly, I am trying to focus on visiting all the cities I was not able to during the winter, eating all the food I had hoped to, and generally saying yes to any culturally immersive opportunity that presents itself to me.

Bafög is an abbreviation for a word that would surely be the longest in pretty much any other language expect German: Bundesausbildungsförderungsgesetz. This tongue twister breaks down to mean Federal Training Assistance Act.

Ever since the 1970s it has helped Germans from poor backgrounds to take up a place at university to at a training colleague, with the idea being that financial hardship should never prevent someone from entering higher education.

Some 460,000 students were being assisted with Bafög payments in 2020, the last year for which there are numbers.

READ ALSO: How to finance your master’s studies in Germany as an international student

Who is entitled to BAföG?

There are two basic conditions attached to BAföG: you have to be under the age of 30 to apply and you parents have to be low-wage earners.

There are some exemptions for the age restriction. If you can show that you were not able to start a course of study before your 30th birthday due to health or familial reasons then you might still be eligible later. Also, if you are applying for support for a Masters degree then you can apply for Bafög up until the age of 35.

According to German law, your parents have an obligation to financially support your education. This means that German authorities ask for evidence of their income to assess whether you are in need of state support.

And this applies whether your parents work in Germany or abroad, the Education Ministry confirmed to The Local.

“Income calculation under the BAföG rules takes place regardless of whether one’s parents live in Germany or abroad. This applies both to German nationals and to people with non-German nationality who are eligible for support under BAföG,” a spokesperson for the ministry confirmed.

Bafög is by no means only available to Germans. A whole variety of foreign nationals can also apply.

The rules on which foreign nationals are entitled to financial support are fairly complicated. But the following list on eligibility is somewhat exhaustive:

READ ALSO: Essential German words to know as a student in Germany

How do repayments work?

The Federal Education Ministry states that you are expected to pay back your loan even if you return to your home country after completing your studies.

Repayment begins five years after you received the last installment of the loan at which point you are expected to pay back €130 a month. Although this amount can be reduced if your salary is low.

If you haven’t paid everything back after 20 years then the rest of the debt is dropped.