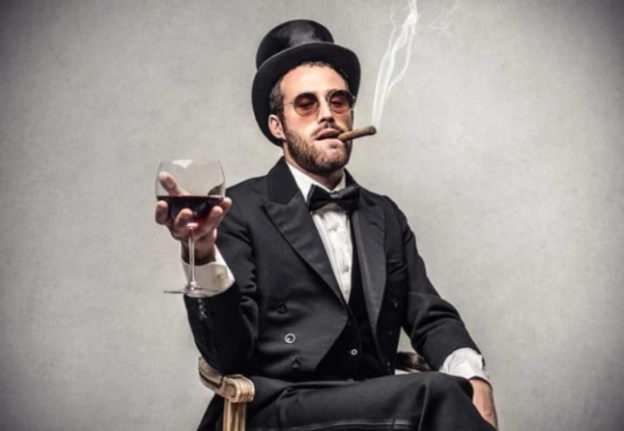 Do you know someone in Spain who's 'made their August'? Photo: Shuttestock

Tener enchufe – To have friends in high places

Knowing the right people is a chief concern for many Spanish workers as it’s pretty much endemic in all professional fields, especially among the country’s political and business elite. To have enchufe, which literally means ‘a socket’ like the one you plug your gadgets into, is often more important than your skills and qualifications for a Spanish employer looking to help out a friend or a relative. You can also describe a person with good connections as enchufado, plugged in. Spanish speakers have a few other ways of describing colleagues who suck up to the boss or for anyone else who is too eager to please another person: pelota‘ (ball in Spanish) or perrito faldero (lapdog). If you know someone who found a niche for themselves in the business world and is now making a killing, in Spanish you say they’ve ‘made their August’ and they’re wrapping themselves up, forrándose. If someone is deemed to have a carefree and opulent lifestyle, Spaniards say they live like a marquis or a king, vivir como un marqués or vivir como un rey. If a colleague is easily and unscrupulously making their way up the company ladder, you colloquially refer to them as a ‘climber’ in Spanish. Dar carpetazo – To shelve something

In business Spanish, if a work project or assignment is getting nowhere and you decide to put it aside, you ‘smash the file’. When someone cheekily passes off work or responsibilities to other colleagues in the workplace, they ‘drain the lump’ (as weird as it may sound) in Spanish.

In Spanish, the person stuck with the work after their colleague passed the buck to them has to ‘eat the brown’. Un marrón in Spanish is also a way of referring to something that’s a problem, a mess or a drag. Pringar – To slog it out

Working long hours is commonplace in Spain. The two-hour lunch break some companies gave their workers in pre-pandemic times makes the working day that much longer but pringar, which can also mean to get dirty, is what really keeps employees in the (home) office until after the sun has set. The money you get from an employer who sacks you is usually referred to in Spanish with this colloquial term rather than with the more formal ‘indemnización’. There’s also the verb finiquitar, which means to pay severance pay or wrap up.

Unfortunately, there isn’t a literal translation for golden parachute or golden handshake; you might say instead the person got a lot of ‘pasta‘ (Spanish slang term for money). By the way, finiquito can also be used for the final payment you get when you’ve completed your contract.