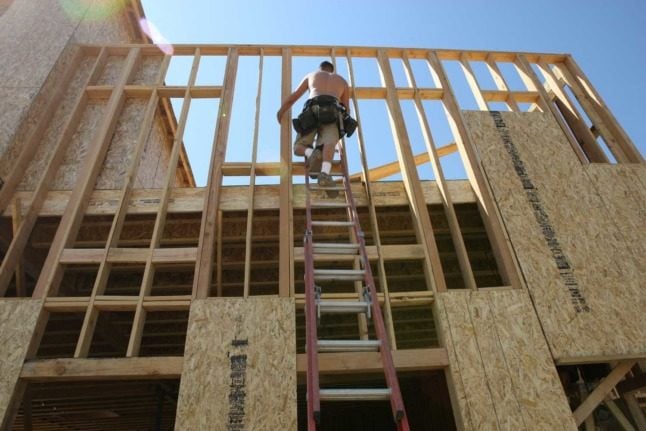 When is it too hot to work in Austria? Photo: ROBYN BECK / AFP

Austria is experiencing a wave of high temperatures at the moment, which means workers in construction and other outdoor professions are feeling the heat.

To counteract this, the “Hitzefrei”, or “heat-free” regulation, is an Austrian law that allows people working outdoors to down tools when the mercury hits 32.5 degrees.

However, the construction company, or the boss, has to activate the Hitzefrei regulation at a site, and workers have no legal right to it.

As Austria experiences a heatwave, here’s what you need to know about Hitzefrei.

READ MORE: How to find a job in Austria

What is the law?

Hitzefrei was introduced to protect the health and safety of workers during times of extreme heat, and in May 2019 the temperature deemed as too hot was reduced from 35 degrees to 32.5 degrees.

This means employers can allow their staff to stop working until the temperature drops to a safe level again. Sometimes this might just be during the hottest hours in the middle of the day or late afternoon.

Workers should also be provided with sun protection, including personal protective equipment and allowed to take plenty of water breaks. Well above the maximum temperature for working in Austria. Photo: ALEXANDER KLEIN / AFP

If Hitzefrei is applied, workers receive 60 per cent of their pay, which is reimbursed by BUAK (the construction workers’ leave and severance pay fund).

Statistics from BUAK show that 39,122 construction workers from 5,245 companies were granted Hitzefrei in 2019.

READ MORE: Tell us about getting Austria’s Covid immunity card

In recent days, the Bau-Holz Union (construction wood union) has demanded legal entitlement to Hitzefrei for workers, claiming that many companies do not use the regulation and some staff are forced to continue working in the heat.

The Tyrolean branch of the union has been particularly vocal about the issue and called for the regulation to be enforced for thousands of construction workers on Tuesday (22 June 2021) when the temperature passed 32.5 degrees.

According to the Bau-Holz Union, working in construction in high temperatures is “very dangerous” and more accidents happen as the ability to concentrate decreases.

There is also a higher risk of UV exposure for workers, especially when working high up on scaffolding.

As the five hottest summers in recorded history have been experienced since 2000, unions are calling for more protection for workers as further heatwaves in the coming years are expected.

READ MORE: Will the EU force Austria to adopt a minimum wage? 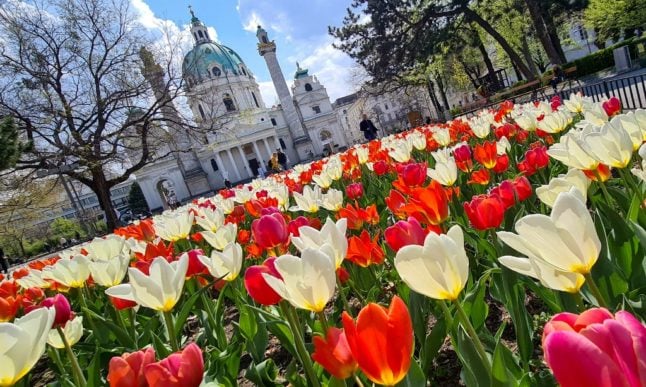 Thursday, May 26th, is a public holiday in Austria to mark Ascension Day and many people across the country are planning a trip for the long weekend.

This means roads and trains will be busy as people travel back home to visit family or head to cities like Salzburg and Vienna.

As a result, the ÖAMTC has warned motorists of “heavy traffic” at the weekend, especially from Wednesday to Friday and again on Sunday.

FOR MEMBERS: UPDATED: How to save money on fuel costs in Austria

Key cross-border and inter-Austria road routes to be affected

The West Autobahn (A1) that runs between Salzburg and Vienna via Linz is expected to be busy this weekend, as well as the Karawanken Tunnel that connects Austria and Slovenia.

ORF reports there is also potential for heavy traffic on the Tauern Autobahn (A10) between Hallein and Werfen in Salzburg, and the ÖAMTC is predicting the Fernpass route (B179) in Tyrol will be overloaded with motorists.

Additionally, a triathlon is being held in St. Pölten on Sunday and the Daffodil Festival is taking place in the Salzkammergut from Thursday to Sunday. Both events will further add to congestion on roads in those regions.

Anyone travelling by car this weekend – or in fact any other weekend – can find out more about traffic levels on the route via the ÖAMTCs traffic calendar and route planner.

Austria is currently experiencing high demand for train travel and this is expected to continue over the long holiday weekend.

To ensure a seat, national rail operator ÖBB is advising travellers to book a ticket in advance. However, ÖBB has also confirmed there will be an additional 10,000 seats available on Ascension Day (Thursday).

READ ALSO: ‘The pandemic is not over’: Vienna keeps mask rule in public transport

Despite the high chance of busy roads and trains this weekend there is some good news in that the weather forecast for Austria is good.

On Ascension Day, the weather should be mostly dry with a mixture of sunshine and clouds with temperatures between 18 to 26 degrees. There is a possibility of thunder storms in the mountains and Vienna is expected to be windy.

On Friday, the maximum temperature is forecast to be between 20 to 29 degrees but the weekend will be cooler with temperatures hovering around 20 degrees across the country.