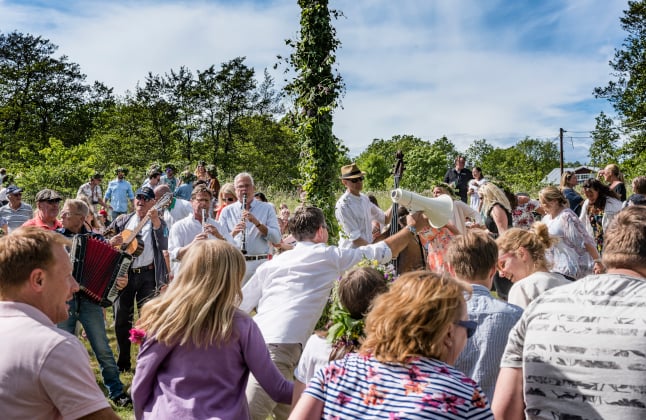 Dancing around the Maypole is one of the biggest Midsummer traditions. Photo: Henrik Holmberg / TT

The song describes little frogs who are apparently amusing to look at, due to their lack of ears and tails, and is accompanied with dance moves to represent ears and tails. The song then mimics croaking and the dancers skip like frogs around the pole.

Maybe you saw Swedish actor Peter Stormare sing the song to Tom Cruise in the American action movie Minority Report, made by Steven Spielberg in 2002. Or maybe you have seen Swedish celebrities demonstrate the dance, such as Alicia Vikander in the clip below. Maybe you’ve simply been bewildered when the frog dance broke out at a Swedish Midsummer party.

Here’s how the song goes:

Despite being a pinnacle in Swedish culture, the song actually originates from France.

As for how frogs became involved in the song, it is commonly believed to be due to a parody version sung by the English, who at the time were bitter enemies of France. The English referred disparagingly to the French as “frogs” or “frog-eaters” and rewrote the lyrics to “Au pas, grenouille” (In step, frog).

How this song made its way into Swedish traditions is not known, but the first recorded instance of the “Little Frogs” was in woodwork and culture classes given at Nääs castle in the end of the 1800s. These courses were given to teachers where they could learn songs and traditions to pass onto school children.

The song is also sung in Norway as “Små Rumpetroll” and in Denmark as “Små Frøer”. But it is relatively young in terms of Swedish children’s ballads. Some the other Midsummer classics, such as “Räven Raskar Över Isen” (The Fox Hurries Across the Ice) can be traced back to the middle ages, according to Mats Nilsson, professor of ethnology at Gothenburg University. 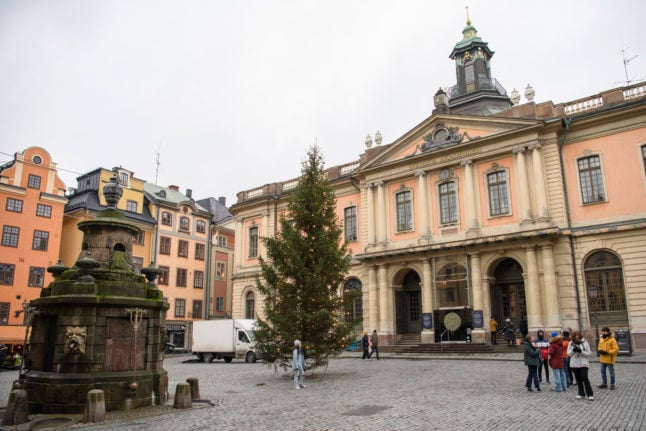 You’d have to have been living under a rock not to notice the rising cost of energy in Sweden over the past year.

However, there are some ways you can save money on your energy bills. Here are our tips.

Many of you reading this have some form of permanent residence document in Sweden, be it under EU rules, non-EU rules, or a UK post-Brexit permit. What you might not realise is that each of these documents are actually slightly different. Here’s a guide.

Swedish style is known for being minimalistic and monotone, with greys, whites and blacks popular, especially in the winter months. Those of you interested in taking inspiration from Swedish fashion (or knowing what to avoid if you want to stand out) can check out our eight tips on how to dress like a Swede below.

You’ve probably heard of fika, Sweden’s traditional mid-afternoon coffee break to eat a pastry or cake and take a break with colleagues. However, do you know your biskvi from your Budapestbakelse? Your chokladboll from your kanelbulle? If not, read on below.

For those of you who have mastered the Swedish language (or are well on your way to doing so), you might be wondering how to take the next step and learn more about Swedish society from the experts: Swedes.

Here’s The Local’s guide to the best TV shows to watch if you want to understand Swedish society (and which shows you can bring up in conversation with your colleagues if you want to impress them with your knowledge).

Finally, you may have heard the phrase ‘don’t talk to strangers’, as a child, but what you may not have realised is that this is a key cornerstone of Swedish society, with small talk frowned upon and mindless chat between strangers considered extremely odd.

Here are the few situations where it’s socially acceptable to talk to Swedes you don’t already know without freaking them out.