Armin Laschet and Markus Söder give a press statement on Sunday. Kay Nietfeld/dpa

Laschet, the head of Merkel’s Christian Democratic Union (CDU), and Markus Soeder, the leader of the smaller Bavarian Christian Social Union (CSU), are to present the alliance’s manifesto together after months of damaging in-fighting.

A public spat between the two over who would be chancellor candidate has been one of several setbacks for the bloc in the run-up to voting on September 26 – the first election in 16 years not to feature Merkel.

But the conservative alliance has gained momentum in recent weeks, bringing home a thumping win in a key regional election and now polling on around 28 percent, ahead of the Greens in second place with about 21 percent.

Laschet and Soeder appeared together in public Sunday in a show of unity ahead of a final meeting to finalise the details of their election platform.

“Certainly there were a few moments in recent months where we were in dispute, but we are now on course together,” Soeder said.

The CDU-CSU alliance, also known as the Union, has dominated German politics for 70 years but faces a struggle to rebrand itself without Merkel, who despite many ups and downs remains immensely popular.

“For a long time, Merkel alone was the Union’s manifesto,” the Bild daily wrote recently, suggesting that Laschet had been “rushing from meeting to meeting” in a scramble to finalise a new strategy for the alliance.

The conservatives have faltered as Merkel prepares to bow out, provoking anger over the government’s pandemic management and a corruption scandal involving shady coronavirus mask contracts.

For several weeks earlier this year, they lost their customary lead in the polls to the Greens, who surged following the nomination of their chancellor candidate Annalena Baerbock.

But a poll for the RTL broadcaster last week also had Laschet as Germany’s top pick to replace Merkel on 23 percent, ahead of Baerbock for the first time since they both threw their hats in the ring.

Laschet has long been a close ally of Merkel and has pledged to continue the chancellor’s moderate centrist course.

According to a draft seen by German media, the new manifesto will adhere to economic foundations of the conservative dogma – no tax hikes and a no-new debt rule.

Ahead of the meeting on Sunday, Laschet said tax hikes would be “poison” for Europe’s biggest economy and called for a “decade of modernisation”.

The manifesto also reportedly includes a plan to increase pension payouts for those who work longer – a proposal met with fierce criticism from the left.

On foreign policy, it reportedly rejects EU membership for Turkey and calls for a united front by Europe and the United States against China.

But it is the conservatives’ climate programme that might be most closely scrutinised given that the Greens are shaping up to be their closest competitor but also a potential coalition partner after the vote.

After Baerbock said petrol prices should rise, Laschet replied that the “energy transition must be socially acceptable”.

Soeder also attacked the Greens in an interview with the Bild am Sonntag newspaper, accusing them of scoring “one own goal after another”.

“Instead of making policies for the centre, they are turning into the party of flight bans, speed limits and tax increases,” he said.

Critics were already lining up against the conservatives for failing to take real action for the climate.

“For the Union, no one needs to change their lives,” noted Die Zeit weekly.

The Tagesspiegel daily charged that “anyone reading the proposals on climate policies would not immediately realise it is a battle against a human catastrophe”. 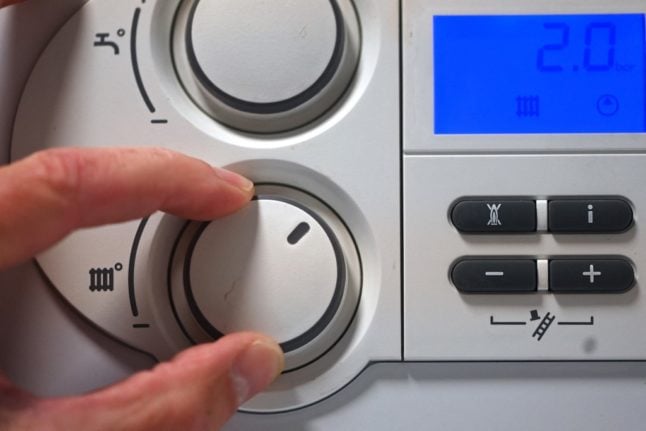 The proposal by the government’s council of economic advisors would see wealthier people pay more through a “temporary increase of the top rate of tax or a very limited energy solidarity levy”.

Earlier this month, Germany presented the details of a 200-billion-euro support package to counter the impact from rising energy costs in the wake of the Russian invasion of Ukraine.

The measures include a partial cap on the price of gas and electricity that will come into force in 2023.

The massive interventions were “justified”, the advisory group said in their annual report.

But support measures needed to be more “targeted”, with wealthier taxpayers carrying a larger share of the burden, they said.

Finance Minister Christian Lindner rebutted the suggestion, saying the “government does not intend to raise any taxes”.

“We are in a period of enormous uncertainty and further tax burdens are extremely dangerous,” he said at a press conference in Berlin.

Consumer prices in Germany have soared at a rate not seen in decades on the back of energy price rises, with inflation hitting 10.4 percent in October.

While the proposed tax increase would only cover a fraction of the government’s support measures, “every billion counts”, said Monika Schnitzer, head of the expert group.

Any levy could apply for around “one year”, she said, to cover the same period as the government’s relief plan.

Limiting the net outlay for support measures was a question of “generational fairness”, Schnitzer said.

“Our children shouldn’t have to pay later… for what we can already afford now.”

Relief measures should be “focused on lower- and middle-income households who otherwise could not carry the heavier burden caused by the energy crisis”, said advisory council member Achim Truger.

Neither should public finances be “overstrained”, Truger said.

The government’s current support measures meant that some people “receive too much relief” despite being better able to afford price rises, said Schnitzer.

“That is bad because we have to take on more debt than we would otherwise have to and because it drives inflation,” she said.

The proposal is expected to spur a lively debate within Germany’s coalition government between Chancellor Olaf Scholz’s Social Democrats and the Greens on one hand, and the liberal FDP of Lindner, which has positioned itself against tax increases.

“We must deal with this crisis with solidarity,” Scholz said at the presentation of the report on Wednesday.

Massive support measures were warranted because they would “build trust”, he added.

The expert council also predicted that the German economy will shrink by 0.2 percent in 2023.

European governments are walking a fine line between funding energy support measures to shield their economies and the overall gloomy economic context.

To fund part of its package, Berlin plans to skim off part of the windfall profits made by some energy firms.

The British government was forced last month to abandon plans to abolish the top rate of income tax after the move sparked economic turmoil.