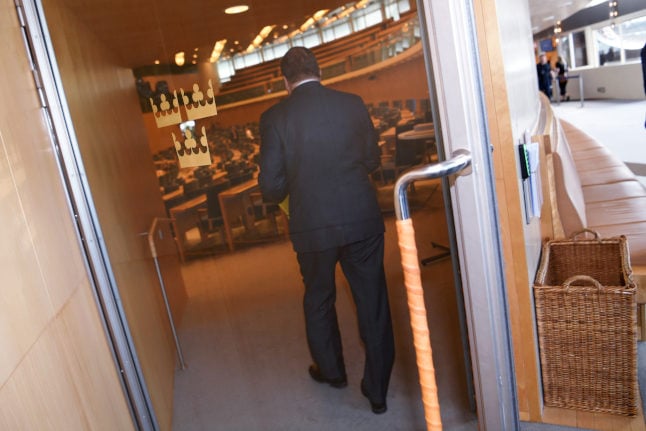 The far-right Sweden Democrats party announced it was calling for a motion of no confidence after the Left Party earlier warned it would seek a similar move over a dispute on rent controls for newly constructed apartments.

“There is now a majority in parliament that wants to dismiss the prime minister,” Henrik Vinge, parliament group leader for the Sweden Democrats, told a press conference.

Vinge said they hoped the government would collapse a year ahead of the next general election.

Both the conservative Moderate Party and the Christian Democrats followed suit, securing a parliamentary majority for the no-confidence motion against the government of Social Democrat Prime Minister Stefan Löfven.

“Our opinion is very clear, this government should never have taken office,” Kristersson wrote in a post to Facebook.

Speaker of the house, Andreas Norlén, confirmed in a statement the vote would be held on Monday.

Sweden’s minority government took power in 2019 after months of political struggles to secure support for a government following the 2018 election.

To secure power it inked a deal with two centre-left parties, and was propped up by the Left Party.

The deal included liberal market reforms, including a government inquiry into allowing landlords to freely set rents for new apartments.

Several of these reforms have irked the Left Party, and after multiple calls on the government to abandon the “market rents”, party leader Nooshi Dadgostar said earlier on Thursday that they were looking for support among other parties for a vote of no confidence.

“Someone has to stand up for Sweden’s tenants,” Dadgostar told a press conference adding that it wasn’t an “easy announcement”.

Speaking in parliament, Löfven responded by saying it was “not responsible” to call for the vote.

Löfven has announced a press conference of his own at 4pm.