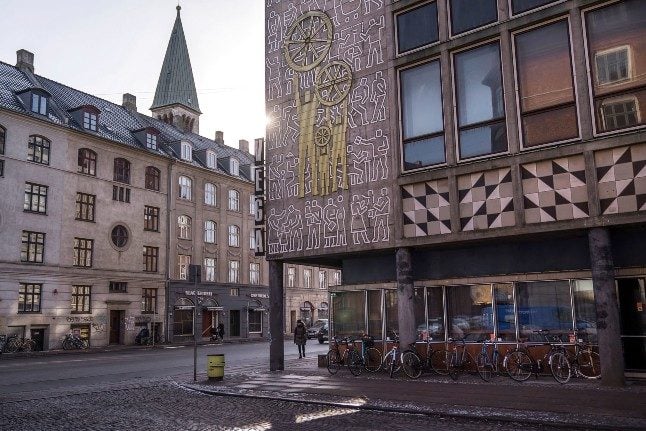 The street in Vesterbro where the VEGA music venue is situated. Photo: Thomas Lekfeldt/Ritzau Scanpix

It seems like a lot of people renting in Denmark have problems getting their deposits back. Why is this such a big issue here?

It’s specifically a problem for international renters. They are often actually a target for landlords who see the deposit as a quick way to make more money, because, of course, international tenants don’t know what rights they have in Denmark.

As an international in a foreign country, you are often more reluctant to seek legal help and also more inclined to trust your landlord, who is often a Danish citizen themselves, so if they say ‘this is how it is in Denmark’, you’re inclined to believe them.

Because they’re looking to make a quick buck,  the apartment, or maybe the room, they’re renting is often of a low standard, so tenants tend to move in and then move out really quickly, and then the landlord just keeps the deposit every time.

Do you have any sense of how often this happens?

Is there anything you can do as a tenant to prevent this happening?

If your landlord is only renting one tenancy — and tenancy is categorised per apartment, so if they are renting out multiple rooms in one apartment that is still only one tenancy — then the rules the landlord has to obey are not as strict. In these cases, it would be better to contact a legal representative, because it’s more difficult for tenant to catch the landlord.

When you move out, the landlord also has to invite you to an inspection of the tenancy, and there are also certain deadlines the landlord has to follow. If they don’t follow the deadlines, if they don’t give you one of these reports, you are in most cases entitled to a refund of your whole deposit.

These are set rules and not up for any kind of discussion, and if you mention that paragraph, the landlords usually comply. Specifically in regards to the moving-out report, it is paragraph 98 in the Danish Rent Act.

What if they have done a moving out report, and then they’ve sat there and said, ‘this mark on the wall, you know, that wasn’t there before”, and then massively overcharges you for it?

That’s also where we as legal representatives come in. I have had many cases where I have gotten a copy of the tenants’ correspondence with the landlord after they move out, where I can see that the tenant has been adamantly arguing with the landlord, explaining to them, and also maybe showing pictures proving that the tenancy was left in a nice condition, despite maybe one scratch on the wall, which in no way justifies the high bill.

But a lot of landlords are used to getting their way by just staying stubborn, without engaging in any kind of fair discussion about the condition, they just stand their ground, or maybe even begin ignoring the tenant.

With the bigger landlords, we often see that if we as legal representatives step in, they are very quick to just settle the case with us. Usually, that’s because we have already won several cases against them in the Danish rent committee or maybe even the court, So they know we’re going to go all the way until we win, and it will just be cheaper for them in terms of legal costs to settle.

But some of the smaller landlords, who maybe haven’t lost cases yet and are used to getting their way, we would have to bring the case before the Danish Rent Committee, and maybe later the court.

And what can you do when both when you move in and when you move out, in terms of documenting the condition of the apartment to make it less likely that they can overcharge you?

First of all, the tenant has a right to send in a list of defects and deficiencies within two weeks from when they move in. And if they have sent this list in within the two-week deadline, according to the Danish Rent Act, you are not liable for any of the things you have listed. It’s also a great idea to take pictures of everything and anything really, both when you move in and when you move out.

And in regards to the moving out report, which professional landlords have to make, you have to keep in mind that you’re not obliged to sign it. We often see cases where either the tenant has believed that certain things were written in the report because the representative of the landlord explained the content to them, and then they later found out that they signed something they can’t agree to.

We also see cases where the landlord just straight out lies to them and tells them that they are obligated to sign no matter what, which of course is damaging to the tenant’s case, because they are essentially agreeing to the content when they sign it.

So you should make absolutely sure that you read through the entire report, and if you don’t agree, don’t sign it?

Yes, and the report is, unfortunately, usually in Danish. So if you can’t read Danish, just don’t sign it, or, right next to your signature, you can write, “I’m only signing this because I’m confirming that I received a copy, but I don’t agree to the content in any way”.

Are there any particular companies or particular types of landlords who, who you end up seeing problems with again and again?

We definitely see both smaller landlords and bigger landlords reoccurring. I myself have a private landlord who is only subletting an apartment. I think I have currently as my clients, maybe eight of his previous tenants, and because, unfortunately, he has been declared insolvent, it’s very difficult for us to extract any money from him.

In terms of what is normal in Denmark, how many months’ rent is reasonable for landlords to ask as deposit?

And if anyone asks for more than that, what can you do?

If you have already paid it, it’s illegal for the landlord to keep it, so you just have to point that out to the landlord and then usually they would refund it, because the law is very clear on that, and if they need a bit of nudging, maybe you can contact a legal representative and they will send a more formal letter to the landlord

Are there any other charges that you can get hit with like cleaning fees in addition to the deposit?

Landlords who rent only one tenancy usually just keep your whole deposit, while the bigger companies tend to overcharge you, sending you a large bill saying that “we have to pay everything, and we have to varnish the floors, and we’re going to claim the whole of all of your deposit”, and then also charge you maybe 10,000 kroner on top of that.

Is this a problem that there’s been in Danish rental apartments for decades?

It has been an issue for many, many years, and with new legislation, it has been increasingly more difficult for the landlord to overcharge the tenant. Before 2015, the landlord was actually allowed to renovate the apartment so that it is as good as new when a tenant moves out, while now, according to the Danish Rent Act, the landlord can’t charge for normal wear and tear.

What if you actually have trashed the apartment? I mean, presumably, the landlords aren’t always in the wrong?

I would say it’s less than 1% of the cases we get. Our company, at least, doesn’t represent any tenants or any cases which we don’t believe can win, which is why we win 98 percent of all our cases.

And how much do you charge?

Óur founders started as a legal aid organisation, specifically helping tenants, and it was after we saw how many tenants actually need actual legal representation and not just legal advice, that we began our company. So helping the tenant has always been at the forefront of our minds. 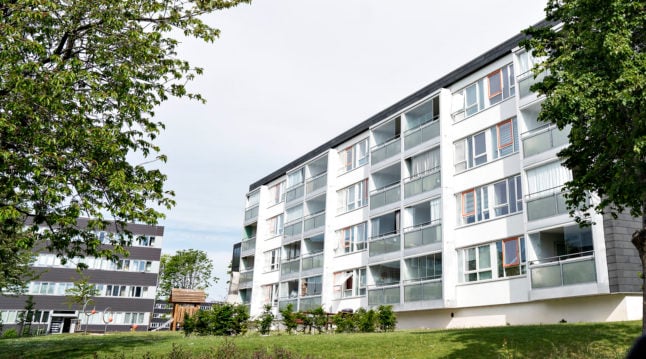 A boligforening is an association which, according to the Danish dictionary, “owns housing and rents its apartments out to its members”. So while you’d probably translate the word to “housing association” in English, what a boligforening does and its role in the Danish housing landscape takes a bit more explanation.

It is important to note the difference between the two main types of rental housing in Denmark: private rentals and almene boliger (literally, ‘general housing’), a form of subsidised housing.

For almene boliger, local municipalities put up 10 percent of building costs and in return have the right to decide who is allocated one in four available apartments, enabling them to provide housing to municipal residents who need it. The housing therefore plays a role in the social housing provision.

Aside from housing assigned by the municipality, almene boliger are open for anyone. However, to get one, you must get to the top of a waiting list, which you join by signing up with associations (hence the stipulation of “members” in the dictionary definition) which operate housing in the city where you live (or want to live).

In Copenhagen or Aarhus, it can take years to get to the top of these lists, while in smaller cities you might get an offer in weeks or even days.

As such, newcomers to Denmark must often turn to the private rental market if they are living in one of the main cities.

People who live in almene boliger can apply to the local municipality for a special loan to pay their deposit when moving in. The deposit is likely to be a significant cost because deposits can be as much as three months’ rent.

Additionally, rental contracts can stipulate up to three months of rent upfront, meaning you can be faced with paying eye-watering costs equivalent to six months of rent before even getting the keys to your flat.

The interest on the loan is very low and it is usually only paid back when you are returned your deposit (or what’s left of it) after moving out.