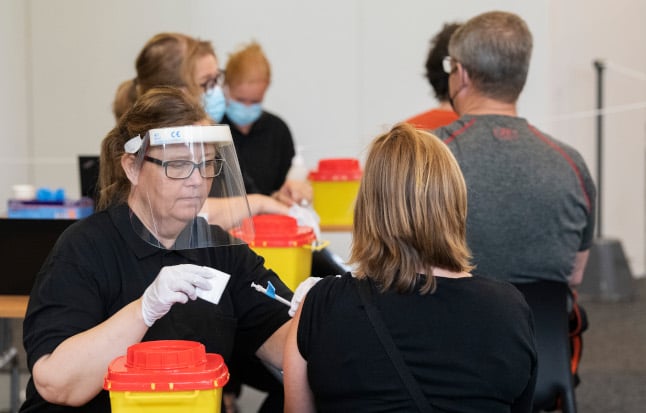 For weeks, Swedish authorities have warned that people born outside Sweden have been getting the Covid-19 vaccination at a lower rate than native Swedes, whether that is due to a lack of information about availability or difficulty booking a time.

But in the last three weeks, the vaccination rate among people aged 60-64 who were born outside Sweden has risen from 59 to 67 percent, according to the Public Health Agency reports. Although this is a significant leap, the total vaccine coverage remains much lower than that for Swedish-born people in the same age group which, in the last three weeks, has risen from 83 to 88 percent.

The lowest rate of vaccinations is among people born in Africa outside North Africa. In the last three weeks, the vaccine coverage has jumped from 49 to 61 percent, a significant increase.

“It is positive that the disparities are reducing between Swedish-born and foreign-born people. But efforts are still needed at different levels of society to increase the vaccination rates across all groups. It is about increasing availability and giving information to the entire population,” said state epidemiologist Anders Tegnell in a statement.