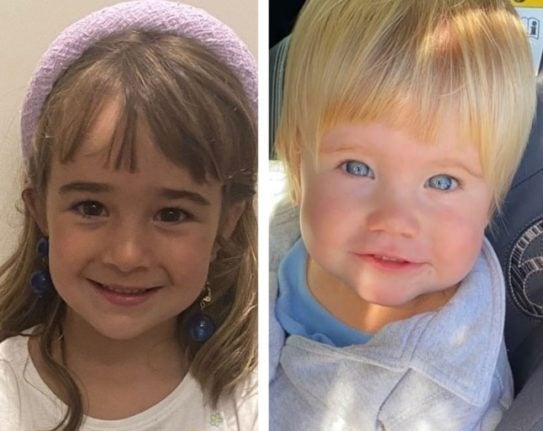 Olivia (left) and her one-year-old sister Anna (right) were taken by their father on April 27th. Photo: SOS Desaparecidos

Spanish society is in shock following the tragic news on Thursday night that Olivia’s body had been found in a bag at the bottom of the sea off the coast of the Canary island of Tenerife, weighed down by an anchor from her father’s boat.

Her one-year-old sister Anna and her father Tomás Gimeno are yet to be located, but given that the 37-year-old’s boat was found drifting the day after their disappearance and the discovery of Olivia’s body, search teams now fear the worst.

Since news of the kidnapping of the two sisters by their father on April 27th broke, Spaniards have been following the rescue operation closely, hoping that the two young girls would be returned to their mother. Initial investigations pointed to the possibility that Gimeno may have tried to sail with his daughters to either South America or Morocco.

But suspicions that the father’s threats – who told his ex-wife the night of their disappearance  that she would never see the children again – have now been confirmed in the worst possible way.

The Spanish press are referring to it as violencia vicaria, a type of gender violence by proxy which is aimed at harming a partner where it hurts most – by inflicting damage on their children.

According to data by Spain’s Observatory against Domestic and Gender Violence, 40 minors have been murdered at the hands of their mothers’ partners or ex-partners since 2013 in Spain.

Violencia vicaria has been included in Spain’s latest child protection law, la Ley Rhodes, named after the British pianist who pushed for the country to revise its protection of minors.

Experts refer to it as the cruellest type of gender violence, seen by the perpetrators as a form of vengeance which inflicts the worst possible harm on a partner after they deem that they’ve wronged them.

“They don’t have any kind of psychological pathology, they’re extreme sexists, extreme narcissists who do not tolerate being upset because they did not want to separate from their partners and they don’t admit that there’s been a divorce,” psychologist Sonia Vaccaro told Spanish national radio RTVE.

“It is secondary violence to the main victim, which is the woman,” adding that the children are seen as mere instruments for this, and that verbal threats similar to Gimeno’s also count as violencia vicaria.

This type of domestic violence by proxy is different from filicide, in which a parent murders their child, as its main aim is to hurt the partner or ex-partner.

“The abuser knows that by harming or murdering her children, he is making sure that the woman will never recover. It is extreme harm”.

On May 24th, Spanish Prime Minister Pedro Sánchez denounced as “unacceptable” a spike in domestic violence that saw five women murdered over the course of a week by their partners or ex-partners.

Spain has brought in tighter laws against gender violence in recent years but barely a week goes by in the country without the news of another murder or beating.

“There is a deficit of awareness,” Miguel Lorente, former Government Delegate for Gender Violence, is quoted as saying by Spain’s Association of Families.

“There are many debates about gender violence but they do not translate into awareness because the information is not adequate.

Olivia’s heart wrenching death may not be in vain if the wickedness of violencia vicaria in Spain is stopped in its tracks with greater protection for children trapped in the middle of situations of gender violence.

As a sign of optimism, the child protection law which comes into force on June 24th stipulates that the judge will now be able to suspend visiting right when a protection order for gender violence is issued, or if there are indications that the children have witnessed or suffered abuse. 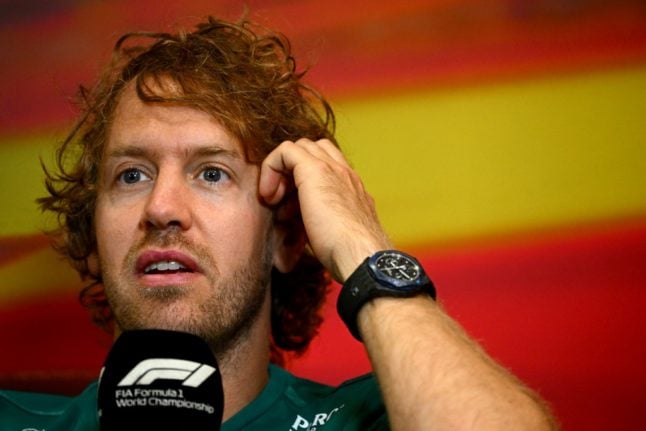 Vettel, who took part in the Spanish Grand Prix at the weekend, was getting out of a car on Monday when thieves snatched his bag, a spokesman for Catalonia’s regional police force, the Mossos d’Esquadra, told AFP.

The 34-year-old Aston Martin driver then notified police and set off in pursuit of the bag snatchers by tracking the GPS signal from his headphones, the spokesman added.

Daily El Periódico said Vettel asked a woman to lend him her electic scooter to help him catch up to the thieves. Police did not confirm this information.

The four-time world champion found his headphones which were abandoned by the thieves but not his bag and the rest of its contents, the police spokesman said.

A spokesman for Aston Martin confirmed the driver had tried to find his stolen bag using his smartphone “to locate the headphones that were inside”.

“But when he managed to locate the headphones, they had been abandoned and he was therefore unable to locate the stolen bag,” the spokesman told AFP.