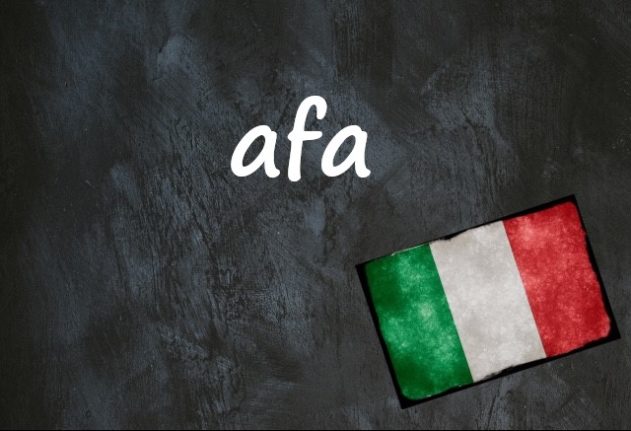 It’s not just another word for a heatwave (ondata di caldo, or canicola).

You’ll hear it used in weather reports to describe those days that feel stifling even though the temperature isn’t particularly high (at least, not by Italian standards).

– The humid weather is on its way

It doesn’t translate exactly into English. Dictionaries use words like ‘muggy’, and ‘close’, but that doesn’t fully capture it.

-Just feel how hot and muggy it is!

For one thing, this onomatopoeic term sounds like the sort of exhalation you might make when you’re feeling far too hot to move.

More than just being a bit stuffy, afa can describe a hot humidity and stillness that feels truly oppressive. It evokes those hot summer nights where the air is soup-like and you just can’t get to sleep.

This is used to describe stifling summer heat, and it’s probably a little too poetic for everyday use.

The Treccani dictionary in fact gives a line from a poem by Giovanni Papini as an example:

– At sultry noon, when the air trembles all over with heat

Some people say the arrival of l’afa in early summer is a bittersweet thing – the wave of humidity brings with it memories of first beach trips of past summers, and signals that it’s almost time for this year’s holidays to begin.

After all, it’ll soon be much too hot to do anything else. 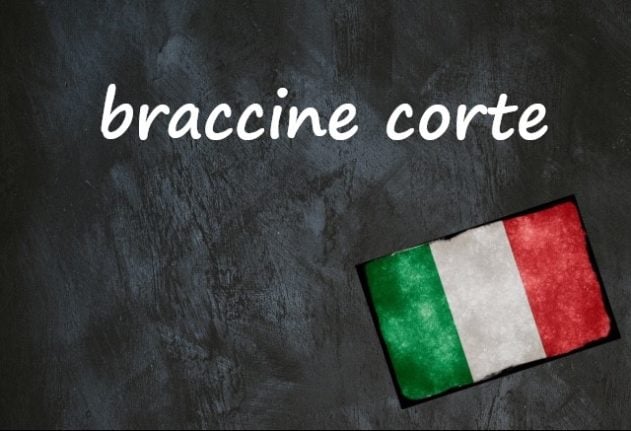 ITALIAN WORD OF THE DAY
Italian expression of the day: ‘Braccine corte’ 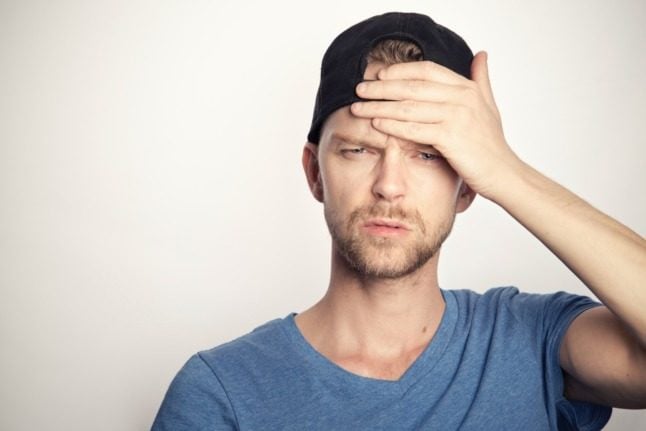 LANGUAGE AND CULTURE
Do you know your DAD from your DOP? The most common Italian acronyms explained

You don’t have to be a poultry farmer to go around telling people ‘conosco i miei polli’ – literally, ‘I know my chickens’ – in Italian.

There’s no perfect translation, but it means something along the lines of ‘I know who I’m dealing with/ what they can get up to/ what they’re like’; I know what to expect from them, for better or worse.

It usually implies slightly mischievously that the people or person being discussed could be troublemakers, and that the speaker has the necessary knowledge to deal with them effectively.

You might think of it as ‘I know what those little devils/rascals are like’ if referring to naughty children, or ‘I know how those jokers/b******s operate’ if discussing petty officials or difficult colleagues.

Saranno tornati entro la mattinata; fidati, conosco i miei polli.
They’ll be back by morning; trust me, I know what I’m talking about.

Conosco i miei polli; vedrete che arriveranno alla riunione con mezz’ora di ritardo e daranno la colpa al traffico.
I know them: you’ll see, they’ll get to the meeting half an hour late and blame it on the traffic.

According to at least one source, the full original phrase is ‘conosco i miei polli alla calzetta‘, or ‘I know my chickens by their stockings’.

It refers back to a time when chickens roamed the streets or shared courtyards freely.

So they didn’t get mixed up, each bird had a little scrap of coloured cloth tied around their foot that allowed each owner to quickly spot their chicken.

The next time you’re dealing with some tricky characters, you’ll know just what to say.

ITALIAN WORD OF THE DAY
Italian expression of the day: ‘Braccine corte’

LANGUAGE AND CULTURE
Do you know your DAD from your DOP? The most common Italian acronyms explained
Url copied to clipboard!