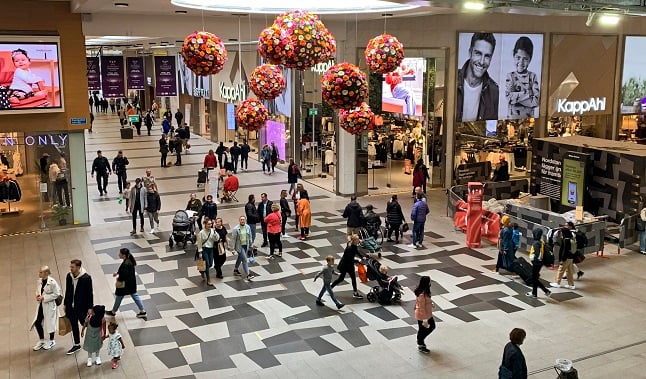 So what criteria is the government basing its decisions to start lifting restrictions on? This article explains:

The five-step plan in short

As we wrote above, Sweden’s reopening plan comes in five steps. The first one came into force on June 1st, the second step will come into force on July 1st, the third in mid-July, the fourth in September and the fifth (which lifts all remaining rules and recommendations) at a date that’s yet to be announced. Of course, if the epidemiological situation again takes a turn for the worse, these dates could change.

So what exactly do these five steps entail? Read more in this article:

Also from June 1st, the maximum rule of eight people at public events will no longer apply to flea markets and other markets, and permanent amusement parks such as Liseberg, Gröna Lund, Skara Sommarland and others will be allowed one person per 20 square metres.

But what happens in the following four steps? Here are the planned changes:

From June 1st, bars and restaurants are able to stay open until 10.30pm (the previous closing time was 8.30pm).

Other laws to limit the spread of infection in restaurants also remain, such as a minimum one-metre distance between each seated group, table service only, and a requirement for measures to limit crowding at entrances, tills, and toilets as well as sufficient hand-washing facilities. These rules will only be lifted later this summer, if the pandemic situation allows. Read more here:

Face masks are still recommended for now (but this is also meant to be lifted later this summer). In some regions, face masks are advised during all times on public transport, as well as in indoor environments where you cannot guarantee being able to keep a distance (for example inside shops, pharmacies and at hairdressers) and during any visits to healthcare (for example at the dentist, doctor, or hospital).

But nationwide, the Public Health Agency recommends only that face masks be worn on public transport during rush hour on weekdays (defined as 7am-9am and 4pm-6pm). It only applies specifically to forms of public transport where no assigned seat is given, for example on buses and trams.

We’ve received a lot of questions about this, so it’s important that you read the next paragraph too. As of today, people travelling from the EU, EEA, Schengen, the UK, Australia, Israel, New Zealand, Rwanda, Singapore, South Korea and Thailand are no longer asked to self-isolate for seven days or get a second test on the fifth day after arrival, as long as they don’t show symptoms of Covid-19 infection. Fully vaccinated and asymptomatic people are also exempt from the recommendation, regardless of where they travelled from.

But please note that this recommendation only applies to what you are advised to do once you’ve passed the border and are in Sweden. It does NOT affect the rules for who is allowed to enter Sweden – people travelling from the EU/EEA still have to show a negative Covid test to enter the country (unless they are covered by a series of exceptions), and travellers from non-EU countries are still banned from entering (again, there’s a long list of exceptions). This article explains in more depth, as well as when the current rules are set to expire:

We hope you found this helpful, but if you still have questions you’re always welcome to get in touch with our editorial team at [email protected]. We may not be able to reply to every email, but we read them and they help inform our future coverage.