Switzerland, as with most countries, has 12 official months in the year – so why do many Swiss employees receive a 13th payment?

Swiss salaries are among the highest in the world, attracting many workers from abroad, even though the cost of living in Switzerland is high as well.

The 13-salary system is not part of the Swiss labour law, as it is in some countries, it is more a matter of custom.

However, if it is part of the employment contract, then the company is obligated to pay it. Currently, nine out of 10 employers do so.

The 13th salary is not a bonus

When you get hired by a company that uses the 13-salary system, it means that your annual earnings are calculated on, and paid out in,13 instalments rather than 12.

Some companies don’t pay a 13th month’s salary but will pay higher monthly wages (in 12 installments) instead.

Your annual income will still be the same, it just depends on how it is divided – by 12 or 13.

Why not just pay 12 salaries?

The idea behind this system is that the 13th instalment paid out in December (in effect, two months’ salary) will help pay for Christmas expenses and other end-of-year bills.

If half of the 13th salary is paid in July, it is to help bankroll summer vacation (although of course you are free to spend it on whatever you wish).

READ MORE: What are the best and worst paid jobs in Switzerland?

Are you entitled to 13th salary if you miss work on certain days?

If the absence is justifiable and limited in time, then yes.

For instance, if you miss work due to illness, accident, pregnancy or maternity, military service, death in the family, or other important reasons defined by Swiss employment law, you are still entitled to compensation.

What if you don’t work a full year or are paid on an hourly basis?

If you start employment or quit your job during the calendar year, the 13th month payment is paid on a pro-rata basis, in proportion to the months spent in the company.

As for hourly workers who are also entitled to a 13th salary, they are usually paid monthly. The hourly rate is then increased by 8.33 percent.

Bonuses are independent of the 13th salary.

Swiss law doesn’t contain any provision that specifically deals with the bonus, which may consist of money, shares, stock options in the company, or other perks. It depends entirely on the goodwill of the employer.

Typically, this should be addressed in the employment contract.

SALARIES IN SWITZERLAND: In which sectors have wages increased the most?

Here you can see how much workers in Switzerland earn on average. 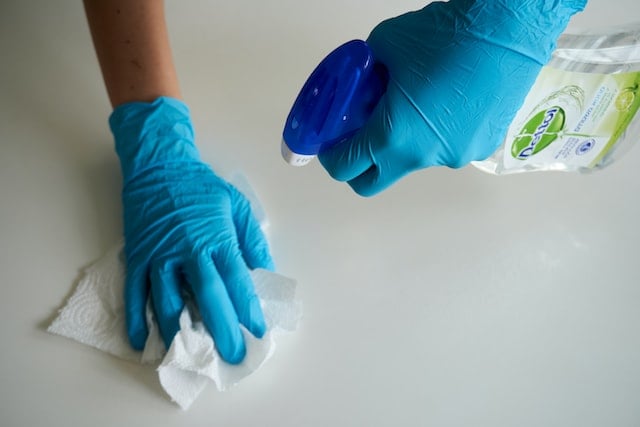 First things first, there are two ways to hire a cleaner legally: you can become an employer yourself, or use a cleaning agency that will put you in touch with a cleaner. The latter will also take care of all the administration and is generally far more convenient (if your cleaning person is off sick for instance, you will be provided with a different cleaner) albeit, more expensive. The agency also assumes all ancillary costs such as AHV and insurance.

However, some people prefer to be more in control and hire a cleaner on their own. Here’s the lowdown on how to do that:

Draw up a contract

First, it is crucial to sit down with your cleaner and establish what kind of tasks and in what capacity they will be required to work for you. While a written employment contract is not mandatory, it is often recommended so you can both agree on the most important key points such as wages, payment method, working hours and areas of responsibility.

Additionally, if your cleaner is not Swiss, make sure they have the necessary work permit. If they are a recognised refugee or temporarily admitted in Switzerland, their employment must be reported prior to beginning to work for you.

READ MORE: What is the average salary for (almost) every job in Switzerland?

Cleaners in Switzerland earn an average of 31 francs per hour, but how much you choose to pay your cleaner is ultimately up to you – and varies from canton to canton.

Should your cleaner be required to work irregular hours, make sure to agree an hourly wage including holiday allowance. A holiday surcharge of 8.33 per cent is usual across Switzerland and means that the salary is paid in for four weeks of vacation per year. Alternatively, should you require your cleaner regularly, a monthly salary can be agreed. 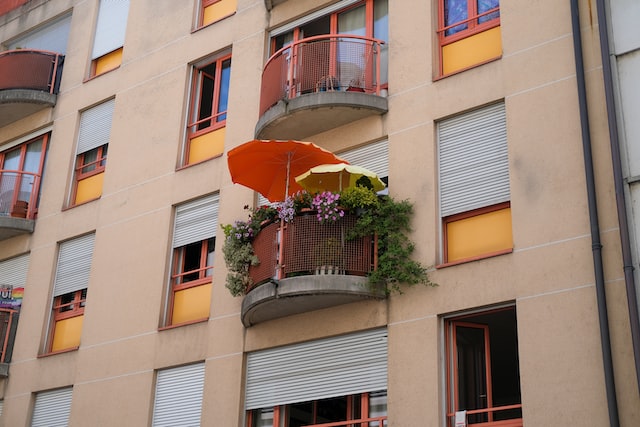 A home in Geneva. Photo by Edi Bouazza on Unsplash

On January 1st 2023 the Swiss Federal Council adjusted the minimum wages for domestic workers working over 5 hours a week to an hourly rate of CHF 19.50 to 23.55.

However, when agreeing on a wage for your cleaner do not forget about the deductions. You will have to deduct 6.4 percent from the gross salary for AHV and IV contributions as well as unemployment insurance and 5 percent withholding tax.

If you register for the simplified accounting procedure – such as with KLARA Home, a digital assistant that helps you hire and insure domestic workers in accordance with the law -, your employee’s taxes will be automatically deducted from their wage, and it spares you having to fill out a wage statement at the end of the year.

Register them with an approved accident insurer.

As a rule, a cleaner will only work a few hours per week for any household. Despite this, you will have to make a few key arrangements for this work to be conducted legally.

What about other obligations?

Once your cleaner is registered, all you need to do is report their gross salary to the compensation office at the end of the year. The insurer will then create a statement of the social security contributions and bill you for them.