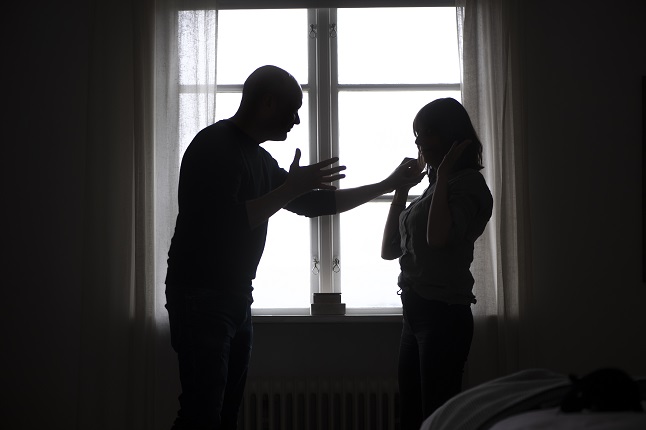 Normally it is the victim who leaves their home in cases of domestic violence, but this scheme supports the perpetrator in moving out and breaking the cycle of violence. Photo: Fredrik Sandberg/TT

The goal of the programme is to ensure children are put first.

The “Kriscentrum för män” (the Crisis Centre for Men or KCM), KCM, is located in central Gothenburg in Sweden. While the centre helps men experiencing a variety of issues, the majority who receive help turn to KCM for support with aggression and anger management. The second largest group includes men who are in the process of a separation, where violence is not necessarily in the picture.

Established in 1986, it was one of the first of its kind in the world when it opened, and it launched temporary accommodation to its services in 2010. In total there are four apartments where a person who has threatened or exercised violence within their family can stay. While he is there – it is nearly always a male – he can receive help to break the cycle of violence.

The accommodation is seen as a preventative measure because there is an increased risk for violence when a couple separates, according to Carino Malmros, a counsellor at KCM.

One of the main goals is to ensure that any children in the family have good living conditions. They are able to continue to live at home, attend the same school and remain close to their friends, rather than being forced to move.

“We thought that it’s much better to move the abuser than those that are subjected to [abuse]. We have a tendency of thinking that we need to move the victim. There’s a similar tradition in schools with bullying. It’s not fair – it’s like pointing fingers and saying that the victims are the problem. That’s not how we think. It’s the abuser who has a problem that they need to work on,” Malmros explains.

The perpetrator is allowed to live in the apartment up to four months after a decision is made by the social services. During that time the person attends sessions at KCM, and receives a visit from a support worker every other week.

Many men are experiencing mental health vulnerabilities, sometimes including suicidal thoughts, when they arrive at the accommodation, which is why this regular contact is important.

“Before moving into one of the apartments, a risk assessment must be made to ensure that there is no chance that the abuser will go back to the family and cause problems. There needs to be some kind of awareness within the perpetrator to accept responsibility, and want to work on it,” says Malmros.

So far approximately 90 people have stayed in the apartments, the majority of them men who have exercised violence, and in a few cases violent women, as well as men who have been subjected to abuse. In most cases, their partner has been able to continue living permanently in the previously shared home.

The crisis centre conducts follow-up interviews a while after their stay.

“Seventy percent of those that moved into these apartments have chosen to separate after their stay. It has allowed for a calmer and better separation than what could have been. When we interview them they have on the whole said that they have improved their relationship with their former partner and their children and that they feel better,” says Malmros.

The men who stay at the accommodation may also be able to quickly get a new home through the apartment. For those who are unable to access this, the situation gets more complicated.

They’re forced to move home, there is a shortage of apartments and these men do not have large networks they can use to find a place to stay, Malmros says.

The counsellor says the apartments aren’t used enough, and that the interest in the accommodation over the past decade has varied.

“We are so used to moving the victims and not the perpetrator. It’s difficult to change that mindset,” he says. “It seems difficult to really get the ball rolling on this. There should be a long queue for the apartments, but there isn’t.”

Another reason is that the social service staff regularly changes and many aren’t aware of the services that the centre provides.

An investigation by the Swedish state in 2018, which looked into temporary accommodation for abusers, showed that only 19 of Sweden’s 290 municipal councils offered this service.

From Malmros’ perspective, these types of accommodation should be invested in, but they should also be used where they exist – and that means thinking and working in a different way, with a holistic view of the family situation where the child is in focus.

“I think first of all that we need to recapture the perspective of the child’s view of the situation. It is very tragic, the child is often forgotten and lost. It is always focused on the adults,” he says.