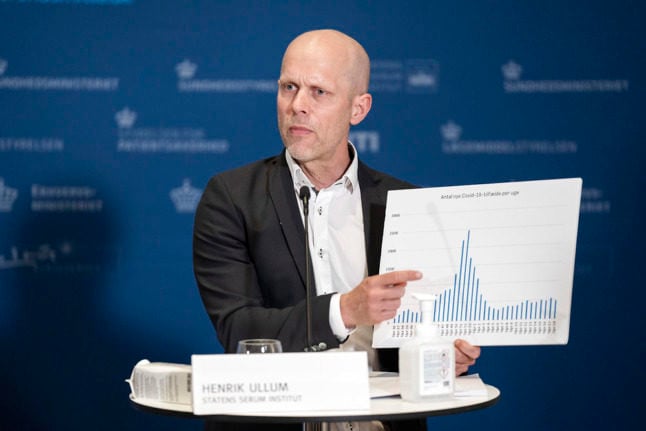 Although infection metrics have recently shown a slight increase, the country is in a good position to ease restrictions, according to Henrik Ullum, head of the national infectious disease agency State Serum Institute (SSI).

“We are in a good place infection-wise because we have built up a strong system whereby we test a lot, can lockdown locally, have good behaviour in the population and have protected the weakest with vaccinations,” Ullum said.

“Having said that, we do have increasing infection rates, especially amongst younger people. So we must keep an eye out for infections spreading to groups who are still waiting to be vaccinated,” he continued.

“That includes their parents in the 40-55-year age group, who have a 2-4 percent chance of hospitalisation if they get infected,” the SSI director explained.

Ullum’s comments came after a parliamentary majority announced that coronavirus restrictions will be further lifted at the end of this week, with almost all businesses permitted to reopen along with education opening at normal capacity. Corona passports will still be required.

Updated data released later on Tuesday showed Denmark’s R-number or reproduction rate for the coronavirus at 1.1, meaning 10 infected people pass the virus on to 11 others. The epidemic is therefore currently increasing slightly.

A total of 916 new infections were registered in the latest daily update on Tuesday. That number comes from 173,133 PCR tests, giving a positivity rate of 0.53 percent. Denmark has 166 Covid-19 inpatients at hospitals nationally. That figure has remained stable throughout May.

Nightclubs and discotheques are the only businesses now awaiting permission to reopen to customers.

“Nightlife is the place where the risk of infection is greatest. You see many people getting close to each other, singing and drinking alcohol. There’s just a lot of infection when we meet in that way, even though a lot of us miss it,” Ullum said.

The decision to retain the corona passport will meanwhile act as an incentive to continue Denmark’s record of high testing rates, the SSI director said.

“Large scale testing, which we can support with the corona passport, has proven to be an effective way to manage and limit infections,” he said.

SSI also recommended to parliament that the current method of implementing small local lockdowns in individual parishes (sogne) be retained. The local lockdowns have received criticism after schools with no cases were forces to close due to their location within a parish with elevated case numbers.

“(The parish lockdowns) work well in two ways. The model has an effect in municipalities with increasing infections that are nearing lockdown [of the entire municipality, a larger area than a parish, ed.], because we then see municipalities and mayors make a great effort to brake infections,” Ullum said.

“At the same time, the local lockdowns have the effect of reducing social activity if infections are too high,” he added.

Throughout the pandemic, SSI has produced prognoses and modelling relating to how the lifting of restrictions will impact infection numbers. The actual outcomes have regularly been better than expectations.

That is due to an underestimation of the effectiveness local lockdowns and comprehensive testing, Ullum argued.

“We are significantly under the prognoses we made when we began reopening, even though infections are increasing. We are also significantly lower on hospitalisations,” he said.

“Large scale testing and local lockdowns have proven to be much more effective tools than our modelling tool account of and that’s why it’s gone better than the maths predicted,” he added.