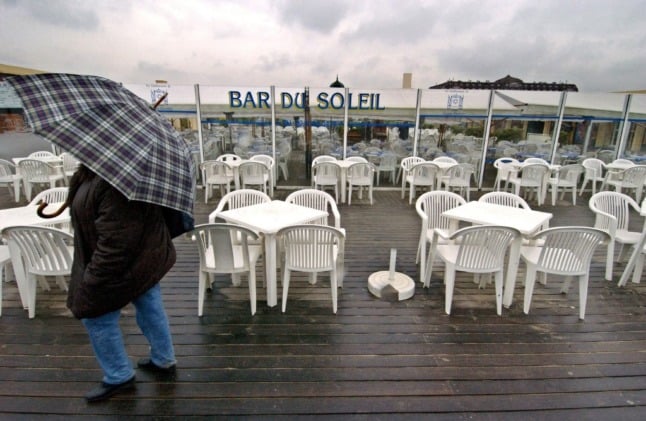 National forecaster Météo-France predicts a week of unsettled and chilly weather, punctuated by storms and heavy rain for much of the country, and temperatures below seasonal norms. Barely a day will pass without rain, they said.

Mediterranean areas may be spared the worst of the rain – and could enjoy some decent sunny spells – but strong Mistral and Tramontane winds from the north and northwest are expected.

In the south, temperatures are expected to reach around 20C in Nice and around 17C further west along the Mediterranean coast in Marseille and Perpignan. Elsewhere, forecasters predict 15C in Paris and Biarritz, 12C in Limoges, 13C in Brest and 11C in Aurillac.

May is typically an unsettled month in France. Generally, only October, November and December are wetter – and this month has, so far, been the wettest for 60 years, Météo-France experts have said.

Meteorologists say we should not be surprised.

Fluctuating conditions are normal for this time of year, La Chaîne Météo’s Régis Crépet, told Le Parisien. In 2015, a May heatwave sent the mercury soaring above 30C. In 2016 and 2017, violent thunderstorms and frosts were the headline weather events.

The reason this month in 2021 has been so wet and cold? Météo-France said that the Azores high – a large subtropical and semi-permanent centre of high atmospheric pressure just south of the islands in the Atlantic – was not yet strong enough this year to force many ocean weather systems away from France.

Establishments serving food and drink will be allowed to open outside from May 19th, with a maximum of six people per table, and up to 50 percent normal capacity. Indoor areas are set to reopen from June 9th, depending on the health situation.