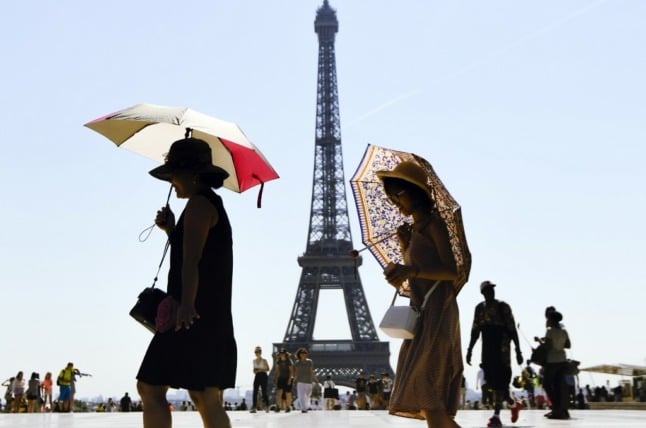 Question: I was thrilled to hear that France is welcoming back vaccinated Americans this summer, but will I be able to enter with the Moderna vaccine?

France plans to lift travel limits on non-EU countries on June 9th, provided the health situation remains stable enough for the country to continue with its gradual reopening.

Meanwhile people can travel for any reason – including tourism, family visits and visits from second-home owners – from within the EU and Schengen zone and seven non-EU countries, including the UK, Australia and New Zealand.

French President Emmanuel Macron set the date as he announced the plan to phase out Covid restrictions in the country, specifically saying he wanted to welcome Americans back to France this summer.

This is in line with the EU’s policy, although EU leaders have yet to set an exact date.

International travel over the summer will however require valid health pass, a digital document that contains a vaccination certificate or a recent negative Covid test result.

How exactly this will work remains somewhat unclear. France is working on its own version of a health pass – pass sanitaire – as well as with the EU, and the goal that each country’s pass will be scannable and valid by authorities abroad.

READ ALSO How do I get a ‘health passport’ for travel to and from France?

But which vaccines will be accepted on the border?

“All 27 member states will accept, unconditionally, all (Americans) who are vaccinated with vaccines that are approved by the European Medicines Agency,” Ursula von der Leyen, president of the European Commission, said back in April.

The EMA has so far cleared four vaccines, all of which are in use in France: Moderna, Pfizer-BioNTech, Johnson & Johnson (which is known as Janssen in France) and AstraZeneca.

It is currently reviewing the Chinese vaccine Sinovac, which may be approved for use if it stands up to the regulator’s requirements, but at present has not begun the formal process for the Russian Sputnik vaccine.

France is working on a new traffic light system that will determine the travel limits in place for tourists coming in from different countries. Due to a mounting fear of new Covid variants, France already placed several countries on a ‘red’ list obliging travellers to comply with strict rules including a compulsory police-enforced quarantine period.

Cases of Covid-19 in France have risen 57.8 percent in the past week with daily cases topping the 200,000 mark on Tueday.

The virus’s seventh wave has the country in its grip – but it seems the government has no plans to reintroduce vaccine pass measures.

READ ALSO How serious will France’s seventh wave of Covid-19 be?

The vaccine pass –  itself a two-month development of the old health pass which had been required for entry to certain venues such as bars, restaurants and cafes – was suspended on March 14th, as cases of Covid-19 in France fell. But the health emergency law that enforced it was still in effect and allowed it to be reactivated at any time.

That law runs out on July 31st. Now, it seems the pass will not return. Reports in the French press last month claimed that the health ministry was discussing the possibility of re-imposing some form of pass sanitaire, a bill intended to replace the current health emergency laws makes no mention of it.

The new president of the National Assembly, Yaël Braun-Pivet, confirmed this week that the vaccine pass was not included in the new bill, entitled “health monitoring and security”, which will be submitted to the National Assembly for debate from July 11 and will, if passed, come into law on August 1st – the day after the current law expires.

“[It] is not what is planned in the text of the law that will be submitted to parliament this week,” Braun-Pivet said.

The second provides for the implementation of border control measures – such as requiring visitors to France to show proof of vaccination or a recent negative test – if a so-called variant of concern were to spread rapidly abroad, as confirmed by new government spokesman Olivier Véran.

Currently, most health rules in place at the height of the pandemic have been relaxed. Masks are only required in French hospitals, health centres and places that have vulnerable residents such as nursing homes. They are also recommended in crowded spaces where it is impossible to practice social distancing.