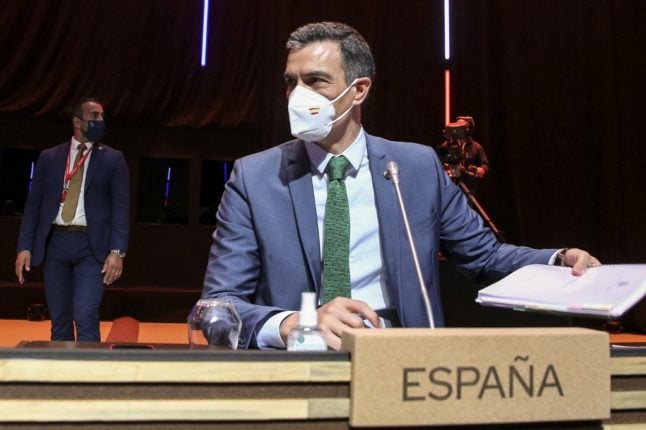 “The end of the state of emergency does not mean the end of restrictions. Far from it. The virus threat still exists,” Justice Minister Juan Carlos Campo wrote in an opinion piece in El País daily.

“That’s why the authorities will continue to take action and the public must keep on behaving responsibly.”

After more than six months of curfews and a ban on travel between Spain’s 17 regions under a state of emergency which was imposed in late October, Spaniards were afforded new freedoms when the measure expired in the early hours of Sunday.

As the deadline passed, crowds of revellers hit the streets of Madrid, Barcelona and other cities, many not wearing masks or social distancing. The images were splashed across Monday’s front pages, sparking much debate.

Asked about the images during an official visit to Greece, Spain’s Prime Minister Pedro Sánchez warned against “lowering our guard”.

“Vaccination is progressing well, with very positive results” but “the virus continues to circulate and we must maintain barriers,” he said.

With nearly 79,000 deaths and more than 3.5 million infections, Spain has been badly hit by the pandemic and the images triggered a backlash against Sánchez’s left-wing government.

“Sánchez bears sole responsibility for these gatherings,” fumed opposition leader Pablo Casado who heads the right-wing Popular Party, accusing the government of not having a backup plan after the restrictions ended.

“With Sánchez, we’ve gone from a state of emergency to a state of chaos.” Although the Madrid region’s right-wing rulers have repeatedly refused to impose tight restrictions on the local economy, letting bars and restaurants open even when virus cases were rife, they were quick to round on Sánchez.

Despite the outcry, the administration in Madrid — where hardliner Isabel Díaz Ayuso was re-elected last week by a landslide — blamed the revelry on just a handful of miscreants.

In his editorial, the justice minister insisted there were sufficient provisions within the law “to manage the pandemic in its current state,” noting that 28 percent of the population had already received a first dose of the vaccine.

The regions can still limit the opening hours of shops, bars and restaurants as well as their capacity, but if they want to reimpose a curfew
or close the regional borders, they will need court approval.

In tourist hotspots such as the Balearic Islands or the eastern Valencia region, regional authorities have already received court approval to keep their curfew in place.

On the other hand, in the Canary Islands and the northern Basque Country region, the courts have overturned a request to maintain the curfew.

The Canary Islands have said they will appeal the decision to Spain’s Supreme Court, a measure put in place by the government as backup for regional authorities whose requests are halted locally.

And in such cases, Spain’s top court will move “to unify the criteria used to ratify or deny health measures,” Campos wrote.

“If there is a disparity of criteria, it should be our top court that sets the common standard for the whole country.”