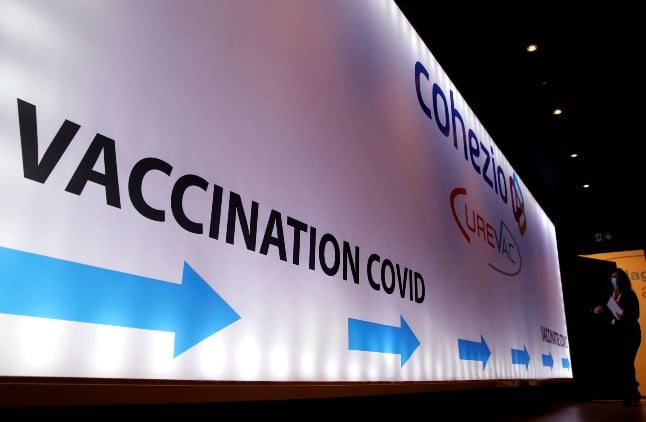 A testing centre for the CureVac vaccine back in March last year. The vaccine has still not been approaved by Denmark's regulators. Photo: Yves Herman/Reuters/Ritzau Scanpix

According to the new vaccine calendar, released on Monday, Denmark now expects 1.2m fewer doses to arrive between June 7th and August 22nd, due to delays around the CureVac vaccine.

“The date when we expect to have finished the vaccinations has been delayed to August 29th”, Søren Bostrøm, director of the Danish Health Authority.  “We are now pushing on with the vaccines from Pfizer and Moderna, and then we will also use CureVac when it is approved.”

In a statement , the authority said that the German vaccine was now “not expected to become part of the Danish vaccination program until the summer, if it is approved for use.”

At the same time, Denmark expects to start vaccinating those in the 55 to 59-year-old age bracket earlier than expected, due to good progress vaccinating 60 to 64-year-olds, with the first people in their late 50s getting a jab by the end of this week.

“The planned interval between the first and second jabs for the last target groups can be adjusted to a shorter interval to ensure greater immunity more rapidly,” the authority explained.

Denmark’s health minister Magnus Heunicke was upbeat at the press conference, despite the new delay, saying that now 31 percent of Danes over the age of 16 have had at least the first jab and 17.9 percent both jabs, the impact on the rate of hospitalisation and death was getting more pronounced.

“Right now, there are more people in hospital in the 30 to 39-year-old age bracket than those over 80 years old. And that is good, as the younger groups also have a significantly better chance of recovery,” he said, according to Danish state broadcaster DR.

“The infection is greatest among the young and younger adults,” he said. “These are groups that see each other a lot, and the infection also reflects our reopening of educational institutions.”

Brostrøm warned young people that they needed to be especially careful to avoid spreading the virus.

“In the days to come, the predominance of the young among infected people will naturally increase, in that they will not have yet been vaccinated,” he said. “And they still have a responsibility to prevent infection. You can also become seriously ill as a young person, and you can have very extremely troublesome long-term effects,” he said.

Who will see their first jab delayed a week?

Who will see their first jab delayed two weeks?