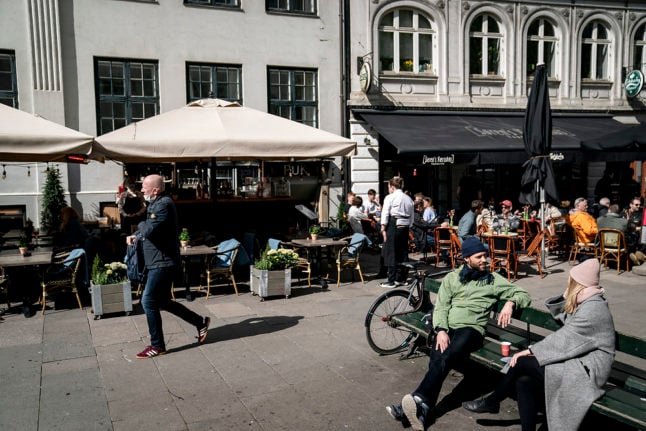 The Scandinavian country decided last week to speed up its reopening. On Wednesday evening, fans were to be allowed to return to the stands to watch the final match of the Superliga, Denmark’s first division football league.

“The pandemic is not over … but it feels like it’s coming towards the last chapter,” Darcy Millar, who owns a cafe in central Copenhagen, told AFP.

On the terrace of her cafe, regulars were delighted to sit down and sip their coffee out of “real” cups.

“You had to take it for a take-away … when it was pretty cold and that was frustrating,” said Dominic Parr, a 26-year-old local.

A few kilometres away, the National Museum has set up small tents to check that each visitor is wearing a face mask and is the holder of a “corona pass”.

The pass — which confirms that a person has either tested negative in the past 72 hours, been vaccinated, or recently recovered from Covid-19 — is required to enter museums and sit down at restaurants, where reservations are mandatory except at outdoor terraces.

Corona passport: What you need to know about Danish Covid-19 vaccine and test documentation

National Museum officials were thrilled about things regaining a sense of normalcy.

Despite the reopenings, secondary school students remain partially in distance learning and many people are still working from home.

Nightclubs remain closed, but cinemas, theatres and concert halls are scheduled to reopen on May 6th.

The government has said that targeted closures may be necessary if the spread of the virus were to accelerate.

With 5.8 million inhabitants, Denmark has seen its new cases of Covid-19 fall to a level four times lower than in December, when it went into a partial lockdown with the closure of schools and non-essential shops, which have since reopened.

The Danish vaccination campaign has meanwhile been slowed by its decision to drop the AstraZeneca vaccine entirely due to concerns over rare but serious side effects, but all adults are expected to be fully vaccinated by August.