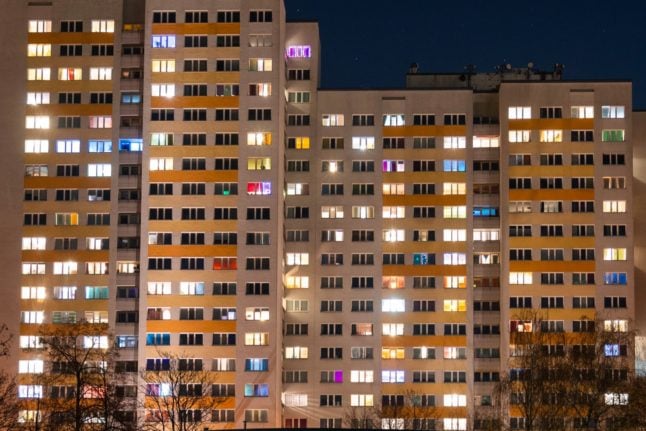 What’s the reaction from Berliners?

Germany’s highest court has ruled that Berlin’s ‘Mietendeckel’, or rental cap, is unconstitutional.

The capital’s “Mietendeckel” law or rent cap “violates the Basic Law and is thus ruled void”, the court in the southwestern city of Karlsruhe said in a blow to millions of tenants.

The ruling pushes up the cost of renting for many. For those who are able to afford to pay the higher rental cost, the decision is inconvenient, or could result in a change in their quality of life.

But for others who budgeted around the Mietendeckel prices, there may be more serious repercussions such as having to move homes.

I moved from NYC to Berlin, hoping that cheap housing would give me the freedom to write, read & dream. But German politicians decided that it would ignore the financial insecurity that has plagued my generation. We deserve more; the rent is too damn high. #Mietendeckel

As the tweets show, many people face higher payments each month, and uncertainty.

Or, rather, for you all since the state pays my rent right now. I now can't take the Ausbildung that would get me back to independence because the allowance during training isn't enough to cover the rent. I'll have no choice but to stay on benefits now. https://t.co/bsPXRSX89G

What’s the reaction from opposition politicians?

The rent freeze was passed by Berlin’s legislature in January 2020. It was a flagship policy of the local governing coalition of the centre-left Social Democrats (SPD), the Greens and the far-left Linke (Left) parties.

For the courts the #Mietendeckel may just be a question of law, for people paying rent that was far too high in the first place, it's a question of roofs over heads and food in bellies. Housing shouldn't be for profit.

The court ruled in favour of MPs from Chancellor Angela Merkel’s centre-right Christian Democratic Union (CDU) and the pro-business Free Democrats, who are both in opposition in Berlin.

It agreed with their argument that rent policy falls under federal law not the jurisdiction of Germany’s 16 states.

The centre-right CDU and the FDP in Berlin, who had challenged the decision, slammed the SPD/Greens/Left coalition.

Daniel Föst, spokesperson for building and housing policy of the FDP parliamentary group, said the Berlin Senate had used tenants for an “ideological experiment against their better judgement and this has failed thoroughly”.

Now Berliners would have to “pay the piper in the form of back rent payments and housing shortages”, he said, adding that the rent cap had further fuelled the housing shortage.

“The Senate has deceived tenants in Berlin with its false rent cap promise. The damage is great. Many people have relied on the Senate’s claims,” Wegner said

Meanwhile, federal Interior Minister Horst Seehofer (CSU) welcomed the decision. The rent cap is now “history”, he said. “That’s good, because it was the completely wrong way to go in terms of building policy. It created uncertainty in the housing market, slowed down investments and did not create a single new flat.”

What does it mean for the Berlin government?

The decision is a clear defeat for the Berlin Senate: the rent cap was one of the central projects of the red-red-green coalition and highly controversial from the beginning.

“For Berlin’s tenants, but also for the federal states as a whole, the decision is a bitter setback,” they said.

They stressed that this deprived the state of Berlin of the possibility to limit rents but that the federal government refused to regulate the housing market more strongly.

“That’s why we had to act at the state level and tried to exploit all possible leeway,” they said in a statement. “We knew that we were entering new legal territory with this, but from our point of view there were very good arguments for state competence.”

READ ALSO: These are the reasons why so many Germans rent rather than buy

Berlin was the first and only of Germany’s states to introduce a rent cap. The law froze rents at the level from June 2019 until 2025, after which any increases would have been limited to 1.3 percent per year in line with inflation.

According to the city’s department for urban development and housing, it affected more than 1.5 million apartments. Exceptions included social housing and new apartments built since 2014.

Some particularly high rents were even lowered, pending the court ruling.

What do people in Germany think about the rent cap?

According to a survey by the digital real estate manager Objego, more than half of Germans are in favour of a rent freeze policy like the one in Berlin.

The representative survey of 2,500 tenants and landlords across the country found 54 percent of Germans would be in favour of the “Mietendeckel”. A total of 30 percent of those surveyed voted against it.

And the poll found that a third of the landlords are also in favour of a rent cap.

However, around 54 percent of the landlords surveyed said they did not want an upper rent limit.