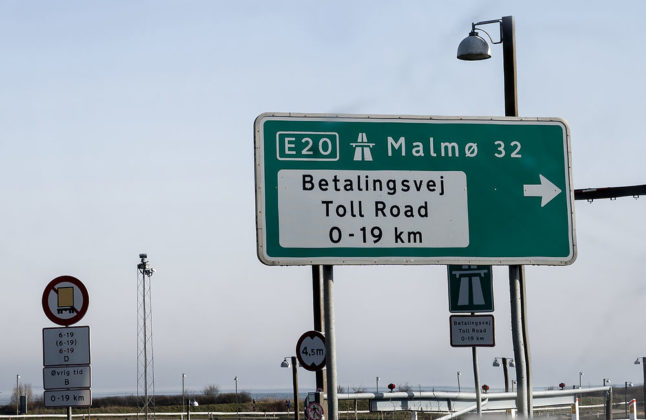 Restrictions are to be eased in four phases, beginning on April 21st and reaching completion by June 26th, should everything go to plan.

The plan for easing restrictions was published late on Tuesday by the Ministry of Justice. All of parliament’s parties, with the exception of the extreme right-wing Nye Borgelige (New Right) party, back the agreement.

Restrictions for so-called “third countries” outside of the EU and Schengen area will follow the common approach adopted by the EU, which is expected to be renegotiated prior to the summer, according to the agreement text.

As such, people who live in the United Kingdom as well as the United States will continue to be subject to tight travel rules as Denmark lifts restrictions on European travel, despite the relatively advanced stage of vaccination programmes in both the UK and the US.

READ ALSO: The rules that will apply during Denmark’s four-stage plan to lift travel restrictions

The agreement provides for travel restrictions to be updated weekly based on local situations with the virus in individual countries and regions in the EU and Schengen area.

As such, a new system to be introduced on April 21st will use three categorisations for travel recommendations: “red”, “orange” and “yellow”. The categories will reflect local infection rates as well as the presence of mutations considered a “concern” by authorities.

Business travellers and people who own remote holiday homes termed ødegård in other Nordic countries will be subject to more lenient rules, while the list of “worthy” reasons which can enable non-tourist travel into the country is to be expanded.

As such, people attending certain types of Danish residential schools (højskoler and efterskoler), international students, spouse or partners and children of Danes who live abroad are amongst those who will now be allowed to enter Denmark (in the latter case they must be travelling together with the Danish family member).

“Travel restrictions remain an important tool in the battle to avoid importing infections from abroad and thereby also keep the epidemic under control in Denmark and keep new infection clusters out of the country,” justice minister Nick Hækkerup said in a statement.

“But along with the gradual reopening of society at home, travel restrictions must follow to the extent that this is medically safe,” he continued.

The Conservative party said it welcomed the agreement but that it would have preferred more allowances on travel.

“We have landed a sensible deal for travel-hungry Danes, the travel sector and Danish tourism,” the party’s representatives Birgitte Bergman and Marcus Knuth said in a joint statement.

“Have we reached our target – no, we would like to have had countries like the United Kingdom and the United States included in the agreement. Many millions of Britons and Americans are already vaccinated,” they added.