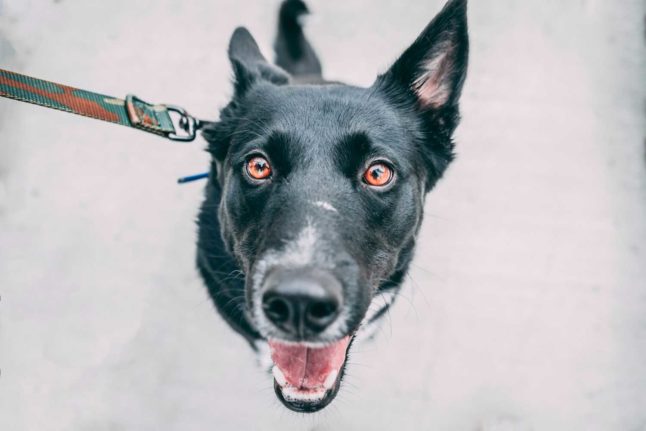 It is illegal to chain your dog up - even for a short period of time - in Austria. Photo by Tucker Good on Unsplash

Austrians are famous for their love of law and order – although some of these rules seem to be in place without rhyme or reason.

Motorists in Austria looking to avoid ‘speed traps’ (Blitzer) will usually have to keep their eyes peeled for a speed camera.

But according to valid Austrian law, police officers can determine if a car is speeding with the naked eye – and levy fines accordingly.

Austrian law states that police have a “trained official eye”, which allows them to detect speeds in excess of 30km/h and hand out punishments.

Feeding the pigeons – unless you feed them birdseed

Colloquially known as ‘rats with wings’, pigeons rank alongside the weather and early closing hours as some of Vienna’s most popular topics for complaint.

Feeding the pigeons is illegal in Vienna – with anyone caught risking a 36 euro fine. However, a glance at the fine print reveals that the fine will only be imposed depending on what’s on the pigeon’s menu.

The rules, Austrian newspaper Die Presse reports, are in place mainly to reduce the city’s rat population and from an animal welfare perspective to benefit the pigeons.

Usually, people will feed pigeons with people food such as bread and pastries, which can upset pigeon stomachs and often becomes rat food.

However, anyone feeding pigeons with birdseed will be allowed to do so, as it’s less interesting to rats and (obviously) much healthier for pigeons.

Tying up your furry friend

In Austria, it is illegal to restrict the movement of your animals to the point at which they feel pain, suffering and/or fear.

This means that you are not allowed to keep your dog tied or chained up, even for a short period of time.

If you’ve got chicken pox, you better tell someone about it

While vaccination has helped to reduce its prevalence, chicken pox remains a highly infectious disease – which is why you should tell everyone about it.

No, we don’t mean on Instagram – although if that’s what your followers want, then don’t keep them waiting – but in the states of Vorarlberg, Tyrol and Salzburg, anyone with chicken pox is legally required to tell health authorities.

Apricots must be cheap

Another odd rule is the ‘apricot price cap’, or for all you legal eagles out there, the Verordnung über die Höchstpreise von Aprikosen(Marillen): RGBL 1917/289 idF 1918/171.

According to this law, you are not allowed to charge more than a certain price for apricots – known in Austria as Marillen and in high German as Aprikosen.

There is also a similar price cap on dried fruit.

Anyone who’s spent a little time in Austria will know that cash remains the Kaiser when paying for pretty much anything.

But with card payments slowly on the rise – particularly with the impact of the coronavirus pandemic – some became fearful that cash might be on the way out.

Austria loves cash so much that it tried to make a right to cash payments part of the constitution in 2019.

While the effort ultimately failed – and therefore it isn’t a ‘law’ like the others on this list – it showed just how much Austria loves that cold, hard stuff.

Kissing on a train

OK so this isn’t exactly a law, but you are forbidden from kissing on a train if it causes a public nuisance.

We’d hazard a guess that even the most conservative Austrian wouldn’t raise an eyebrow at a friendly peck on the lips, but a passionate pre-porn kiss on public transport might get you in trouble.

While this may seem a little harsh to couples on romantic holidays to Austria, as far as we’re concerned, if you can hear the kiss, you should be doing hard time.

The nuisance laws also prohibit eating something too smelly, which I think is a rule we can all get behind.

So the law might have been repealed, but up until comparatively recently it was legal to blow up dead cows in order to get them out of the way.

The law was in place in the state of Vorarlberg and was repealed in 2001.

According to the book Unnecessary Austrian Knowledge (Unnützes ÖsterreichWissen), it was legally permitted for farmers – or indeed anyone – to blow up dead cows on steep hill slopes “for the purpose of a cost-effective disposal”.

Unfortunately for exploding cow lovers, the law was changed in 2001. Now, farmers receive money from the state government to dispose of the dead cow instead.

Running out of petrol on the motorway

In Austria, it is illegal to run out of petrol on the motorway – provided you’ve done so knowingly or negligently.

According to Austrian law, anyone who runs out of petrol on the motorway because they have driven with “clearly insufficient fuel reserves” under section 46(3).

Spitting on the ground is… allowed

While it might have taken on a whole new feeling since the start of the coronavirus pandemic, spitting on the ground is forbidden and punishable by fine in several European cities including London, Cologne and Jesolo.

A similar campaign to have spitting banned in Austria gathered steam in the early part of the 2010s, however opinion was split and the rule never came into place.

Some businesses in Vienna have however put in place a spitting ban on their premises – which is probably understandable – however the harshest punishment is probably being asked to leave.

Our research found too many weird laws to add to the list – so here are a few more which we should mention.

A ban on cleaning walls and floors with bread.

A law ‘preventing the misuse of carrier pigeons’.

A few more are included in the following video – in Austrian German, of course. 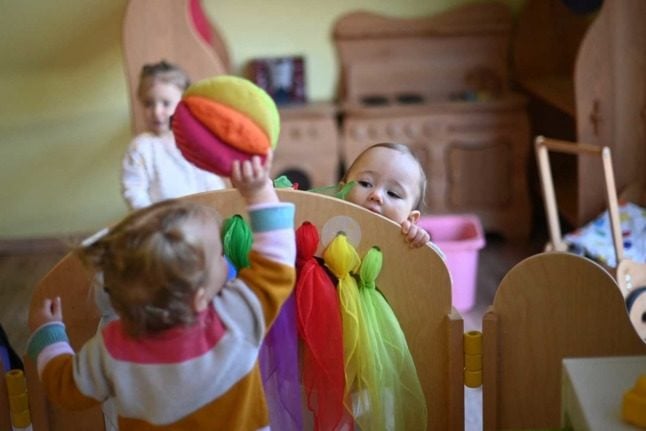 This week, Salzburg’s state government announced that it had reached a deal offer free part-time kindergarten care for children aged from three to six years old. The government has set aside €13 million to fund the care.

The new offer will be introduced on April 1st, according to an ORF broadcast.

Even though every party supported the decision, there was some criticism that it was “not enough”. For the liberal NEOS, for example, free half-day care is just a first step, Salzburg24 reported. The party continues to push for all-day care. Centre-left SPÖ also said there is still a need to offer free childcare options for children younger than three.

READ ALSO: How does the cost of childcare in Austria compare to other countries?

How do other states stack up when it comes to childcare?

By federal law, part-time daycare is free of charge for children from the age of five throughout Austria. However, other provinces have different offers:

Salzburg now joins the list of provinces which have expanded the minimum federal requirements. Carinthia, Styria and Vorarlberg still only have part-time daycare free for 5-year-olds. From age 6, children in Austria then join compulsory schooling.

Shyam from India described childcare in Austria as “very good” before adding: “My country doesn’t have any support for childcare.”

Similarly, Marie in Klosterneuburg, but from the US, described it as “amazing”.

READ ALSO: ‘Better and cheaper’: What foreigners really think about childcare in Austria

In many parts of Austria, childcare for babies and toddlers up to the age of three takes place at day nurseries (Kinderkrippen), but there are other options, including Tagesmutter–väter, where children are cared for in smaller groups. Later, they go to kindergartens before joining schools and moving on with their mandatory schooling.

Facilities are run privately or funded by the government, and the costs can vary. The family’s income and the number of childcare hours are considered when calculating fees.

Parents usually have to register for places in advance and some offers are very on demand. The location of the family is taken into account for spots in public schools.