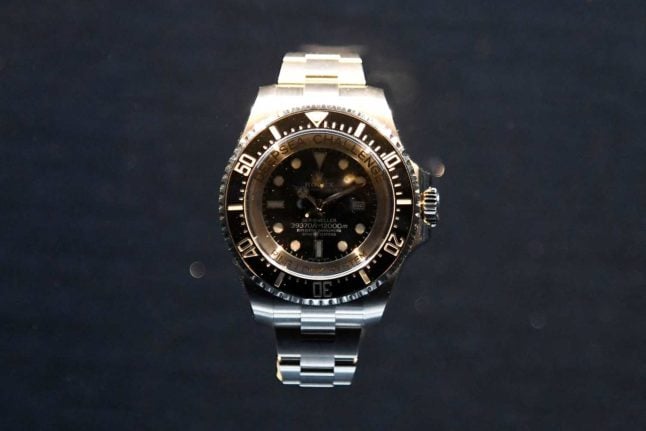 The second-hand watch was headed to a buyer in the eastern canton of Graubünden, sometimes known as Grisons in English.

“At first the shock was huge” the self-described ‘watch fan’ told Swiss media.

The mystery deepened as an internal postal document revealed that 120 grams  — exactly the weight of the watch — disappeared from the package between midnight in the Frauenfeld distribution centre and 3am in the Untervaz distribution centre.

Based on this evidence, the owner suspects that a postal employee stole the watch and sent the empty package onward.

“For me that means the package was opened by human hands and the watch was removed (before) everything (was) packed up again and sent.”

However, postal service denies any wrongdoing.

“I find it extremely unfortunate that the post office is actively looking the other way, even though they have a thief in their midst”, the watch’s owner said.

The postal service said they have referred the matter to cantonal police.

A spokesperson for Ricardo, the platform through which the watch was sent, said it recommended buyers take out a higher rate of insurance or pick up the goods in person.

“Ricardo recommends its users, especially for high-priced items, to bid only for offers with registered, ie insured, shipments or where personal pick-up with cash payment from the provider is possible,” a spokesman told 20 Minutes. 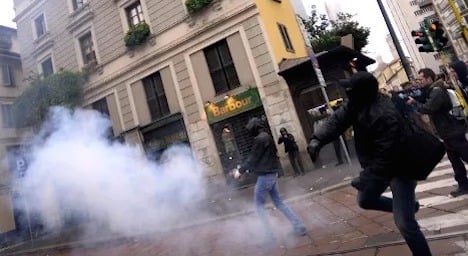 A demonstrator throws a smoke bomb to police in downtown Milan, during a demonstration against the Universal Exposition Expo Milano 2015. Photo: AFP

The claim was triggered by a photograph and video circulated on social media which showed one of the masked youths who smashed shop fronts and torched cars in protests against Expo 2015 apparently sporting a Rolex-style wrist piece.

In an open letter published in the form of adverts in Italian newspapers on Wednesday, Rolex's Italian boss Gianpaolo Marini demanded an apology from Renzi and interior minister Angelino Alfano.

"I have to express my profound regret and disappointment over your comments and their implicit association of window-breakers and the fact of wearing a Rolex watch on your wrist," Marini wrote.

He said there was no way it could be established that the vandal photographed had been wearing an authentic Rolex.

"Unfortunately your words had a huge echo and produced an unacceptable juxtaposition of the image of Rolex with the devastation of Milan and the world of subversive violence," Marini said.

It was the second time in a couple of months that Rolex has been in the news in Italy.

Former transport and infrastructure minister Maurizio Lupi was forced to resign over a scandal which partly centred on allegations his son had been given a Rolex as a gift by a businessman suspected of benefiting from corruption in public works tenders.