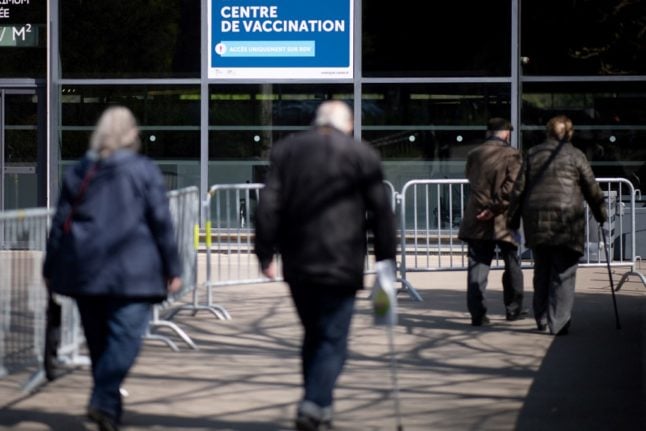 Never on Sunday: People in Switzerland can get their during thr week only. Photo by LOIC VENANCE / AFP

Much to the chagrin of health officials and churchgoers everywhere, the coronavirus does not take a break on weekends or public holidays.

However, Switzerland’s vaccination scheme has already been plagued by breaks over holiday periods – sometimes for several days in a row.

As it stands, the best-case scenario for Swiss residents is a vaccinations system which runs six days a week – although this may even be too ambitious.

No vaccinations over Easter

Many cantons stopped or reduced Covid inoculations during the Easter weekend, according to a report in Le Temps newspaper.

Even though Switzerland received 400,000 doses just before Easter, on that weekend Geneva kept only two centres open out of seven, Bern two out of nine, Vaud between zero and six, depending on the day, and Jura none.

But by far the most unusual reason for not vaccinating on Easter Sunday was given by Basel, whose authorities closed its inoculation centres so as not to disturb residents during the holidays.

READ MORE: Switzerland: Why did Basel stop vaccinations over Easter?

And on the seventh day, the vaccination staff rested…

With more and more vaccines now being delivered, Switzerland’s largest cities are ramping up their infrastructure, allowing them to inoculate thousands of people each day — though possibly not on Sundays.

One such centre is the recently opened enormous Exhibition Hall in Zurich, which can administer 4,000 shots daily.

READ MORE: EXPLAINED: How Switzerland is speeding up its vaccination programme

Another is in Basel’s equally large exhibition centre, where thousands of vaccines are given as well.

And two more cities are opening their own massive venues.

From April 19th, Geneva will vaccinate on the grounds of its Palexpo centre, which will offer a potential injection capacity of 4,000 doses per day.

And Vaud’s capital, Lausanne, is setting up its unit at the Beaulieu conference centre.

Le Temps however reports that Sunday vaccinations remain “an illusion” in Switzerland, with cantonal vaccination centres not planning on vaccinating on Sundays even when there is enough supply to do so.

Instead, several vaccination centres in western Switzerland have said they would consider extending vaccination hours on Saturdays, however Sunday jabs remain off limits.

Are the cantons dragging their feet?

“Not at all”, said Laurent Paoliello, spokesperson for the Department of Health in Geneva, explaining that it all comes down to logistics.

“The vaccines arrived on March 31st. How do you want to make appointments the day before a holiday weekend?”

He also noted that it is difficult to plan centre openings, because supplies are irregular or delayed.

“Geneva’s vaccination programme is set up for a Formula 1, but we receive doses for a soap box”, Paoliello added.

In Jura too, “we received the delivery confirmation less than a week before the arrival of the doses. It’s a planning puzzle”, said the canton’s health minister Jacques Gerber.

“It takes a few days to find the staff, and we must spread out vaccinations, so they are given at the same pace throughout the week, rather than having peaks of activity followed by slack periods”, he pointed out.

In Valais, centres adapt the opening hours based on planned vaccine deliveries, and not on demand, cantonal Public Health Service said.