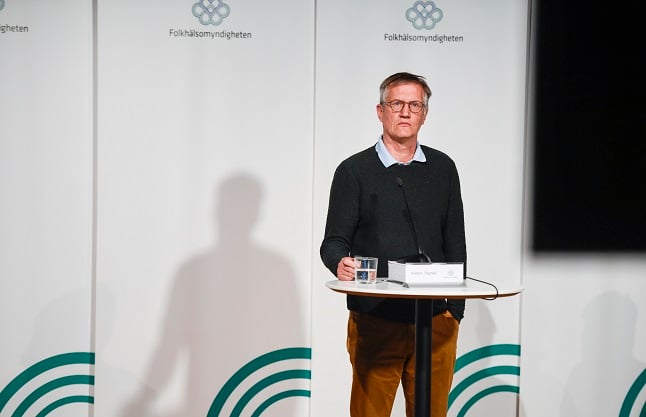 State epidemiologist Anders Tegnell said there was a risk of 'crying wolf' when it comes to the coronavirus pandemic. Photo: Carl-Olof Zimmerman/TT

The discrepancies are highlighted in an investigation by public radio broadcaster Sveriges Radio into the second wave, during which thousands of people died of Covid-19 in Sweden.

On September 24th, for example, state epidemiologist Anders Tegnell said the development was “stable” in most places but that Sweden was going “slowly but surely in the wrong direction”, albeit at a less dramatic pace than in many other European countries.

Asked by Sveriges Radio why he described the increase using words like “slow” and “cautious” when the agency’s own data showed a rise of around 35 percent week-on-week, he said: “That was the judgment then.”

It is not the first time that the Public Health Agency has been criticised for playing down the risk and severity of the second wave, both by media and by social media users. Tegnell has previously acknowledged that the agency underestimated how fast the numbers of Covid-19-linked deaths were rising as late as mid-November, when he told Dagens Nyheter “we do not have a sharp increase”.

The day after these comments, The Local spoke to epidemiologists who warned that the current rise emphasised the need to follow the recommendations in place particularly closely.

Mobile data from Telia was already showing an increase in movement, partly explained by universities and upper secondary schools returning to in-person learning, while many people returned to the workplace despite no change in public health advice to work from home. A non-scientific survey of The Local’s readers showed that many were asked or encouraged to return to their workplace from September, even among those who had worked from home in spring.

At the September 24th press briefing, Tegnell singled out the return of many people to workplaces as “one of the big differences” in behaviour, but said that otherwise compliance was “very high” with Sweden’s coronavirus measures. Those included keeping a distance from people in public, avoiding large gatherings and staying at home with any symptoms, as well as working from home if possible.

At that time, Sweden did not yet have recommendations to use face masks, completely avoid public places like shops, or to socialise only with your closest circle, although over-70s were living under stricter measures including avoiding all close contact with people outside their household.

The Public Health Agency has used the Telia data as well as surveys by the Civil Contingencies Agency (MSB) and survey company Novus, to measure public compliance with measures. All these data sets showed falling compliance from mid-May onwards, but the agency continued to say publicly that compliance was high and that this was a reason that a severe second wave of the virus would be less likely to hit the country.

This was mentioned by the MSB’s representative at several press conferences, but low compliance with measures was not named as a cause for concern by the Public Health Agency until much later in the year, when the second wave had already taken hold.

On September 24th, Tegnell responded to several questions from media about the increase in cases. He repeatedly referred to high compliance from the Swedish population with the coronavirus measures in place, linking this to the fact that the measures had been largely unchanged throughout the pandemic, and said the agency hoped this would not lead to a second wave.

The same day, Prime Minister Stefan Löfven urged people in Sweden to get better at following recommendations, saying: “The things we do right at this stage, we will get back later, and what we do wrong we will suffer for later.”

Questioned by Sveriges Radio, Tegnell said that despite the steady fall in compliance, there were “still strong indications that we were following [the measures] very well”. He added that the severity of the second wave came as a surprise to many countries, with much of Europe needing to introduce stricter measures to curb the second wave than they had relied on in spring.

“It’s very clear that in the autumn, many more measures were needed than in spring to get the level of infection to fall,” he said.

Tegnell also said that focusing on praising compliance from the population, rather than highlighting the early signals that adherence was slipping, was partly intended to encourage people to keep following the measures.

“The whole time, it’s a balance between how much you ‘scare people’ and how much you use ‘carrots’ and tell people we’re doing a good job,” he told the radio station. “If you send the signal that it’s pointless, that it’s getting away from us despite us all making an effort, that has an effect […] afterwards you can always say that if we had cried wolf it might have made a difference, but we don’t know.”

Sweden is currently experiencing a third wave of the coronavirus, with more patients being treated in intensive care for the virus this week than at any point during the second wave.

This time, the Public Health Agency has explicitly said that the reason for the rise is that fewer people are following the measures in place. It has responded by introducing tougher restrictions under the pandemic law (such as limits on maximum visitor numbers in shops) as well as regional restrictions in most of Sweden’s regions, which urge the public to wear masks on public transport at all times and in many indoor environments for example. 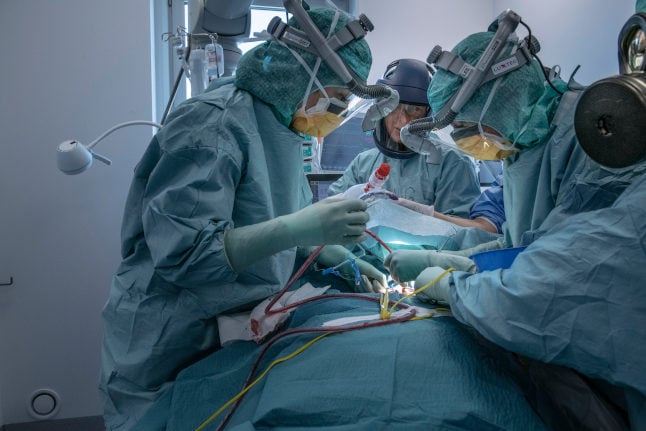 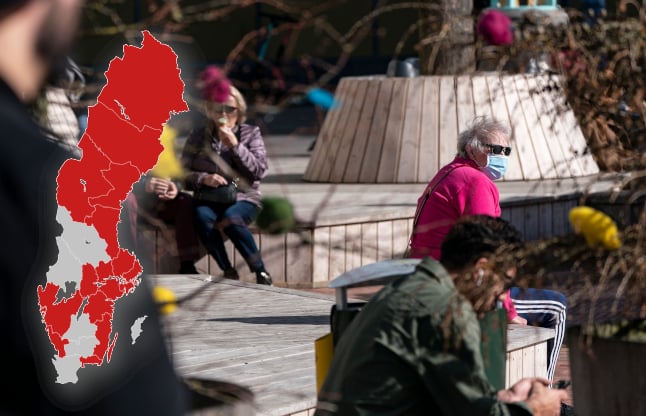