No matter whether you’ve moved across the border or across the world, some Austrian cultural quirks can be difficult to get used to.

From getting naked in public to a stubborn adherence to smoking indoors, these are some of the quirkiest culture shocks foreigners are likely to experience in Austria.

Freikörperkultur (FKK) or nudism is still a thing in Austria. It’s quite normal to encounter a naked sunbathing area when going to a swimming pool, or cycling along the Danube at the weekend.

In addition, if you go to the sauna, swimming costumes will most definitely be frowned upon, even in mixed saunas. In some cases you’ll be asked to remove your clothes.

For anyone unwilling to nude up, the most you can hope for is a small towel to cover yourself up with.

Although an indoor smoking ban was passed in 2019, Austria still has large numbers of smokers compared to other European countries, which can be unsettling when you first move here.

Vaping does not seem to have caught on yet.

Fiendishly difficult grammar and compound nouns which go on forever, German is a famously difficult language to master.

READ MORE: These eight words show just how different German and Austrian Deutsch can be

You can expect to make at least one howler, with people often mistakenly saying they are sexually aroused “Ich bin heiss!” when they mean they are too warm, with one poor expat announcing to an entire restaurant she loved foreplay (Vorspiel) rather than starters (Vorspeisen).

Food may be a bit of a shock when you come to Austria. The country seems to specialise in a never-ending variety of pork-based fat bombs guaranteed to give you a heart attack.

A case in point is the Käsekrainer, a sausage stuffed with oozing cheese. It’s sometimes described as a pus sausage (Eitrige), due to the risk of hot cheesy fat shooting out when it’s bitten into.

Another tip – don’t take a large helping of Kren (horseradish), because you think it is cheese. It might look similar, but it does not taste the same.

To be fair, this is probably more of a Viennese trait, but grumpiness is one of the things people notice most when they move to the Austrian capital.

Despite having (officially) the world’s most liveable city, the Viennese love to grumble.

They have a special word for it, “raunzen” – which roughly translates as to grumble, moan or whinge. Perhaps it’s the refusal to settle for anything but the best which keeps Vienna’s quality of life consistently high.

READ MORE: So why is Vienna the most liveable city in the world?

According to a worldwide survey of emigrants, Vienna is the 65th friendliest city out of 72, with language barrier cited as a particular difficulty of fitting in.

The Viennese are in fact known for being a pessimistic bunch and for “Schmaeh”, a sardonic sense of humour.

Grumpiness is particularly evident if you wander into one of Vienna’s famous coffee houses, where you will often be met by a formally dressed waiter with an air of disdain.

Sayings abound about these Viennese waiters. You should never ask them for tap water or ask for a caffe latte (the correct word is a Melange). However, the grumpiness of the waiters is all part of the charm, with many leaving appreciative messages about the “authentic” service they have received in Viennese coffee houses on review websites.

Save the small talk

While once you get to know Austrians they are very friendly, people rarely indulge in small talk with strangers. Some say it is considered “fake” to force a social exchange with someone you don’t know that well. Having said that, people can also be very kind and helpful in Austria.

READ MORE: Where do Austria’s foreign residents come from and where do they live?

It’s common in Austria for couples sharing a bed to each have their own duvet, rather than one between them. Maybe it’s those chilly Austrian winters which mean people are unwilling to risk a howling draught coming into the bed.

One thing you will notice if you go to an Austrian home is you will need to take your shoes off the minute you walk in the door.

Even the streets of Austria are very clean, let alone the floors of people’s homes.

Expect to be handed a pair of slippers – known as Hausschuhe (house shoes) once inside. Even schools often don’t allow shoes to be worn inside.

Not only is dashing across the roads against the lights frowned upon, it can also land you with a hefty fine if you are caught by the police.

Unlike more disorganised countries, in Austria people patiently wait for the lights to change before crossing the road. 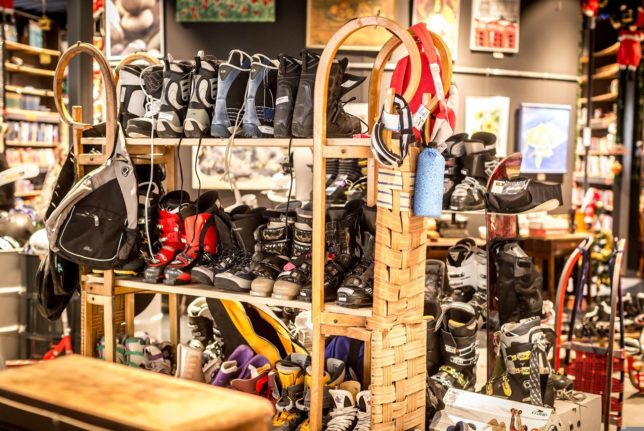