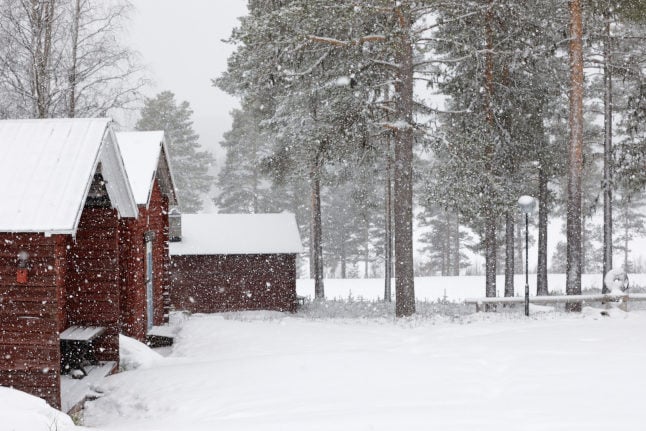 “It’s snowing and it’s snowing quite heavily. We’re talking snowfall of between 15 and 20 centimetres in some parts of the Gävleborg region,” Linnéa Rehn, meteorologist at Sweden’s national weather Agency SMHI, told the TT newswire on Monday morning.

“It has also been snowing in Värmland, Örebro and Västmanland, but it’s starting to subside in those regions,” she added.

SMHI had warnings of heavy snow in place for the following regions on Monday: Västerbotten (coastal areas), Jämtland, Västernorrland and Gävleborg. It also warned of a high risk of grass fires in Skåne, Blekinge and Kalmar in southern Sweden.

According to Sweden’s meteorological definition of spring (when the average daily temperature stays above freezing for at least seven consecutive days), winter has come and gone in nearly all of the country. And the weather is in fact expected to improve soon.

“The spring weather will get better,” said Rehn. “Starting Wednesday, and come the weekend there will be quite a bit of sun, and close to 10C in southern parts of Sweden.”