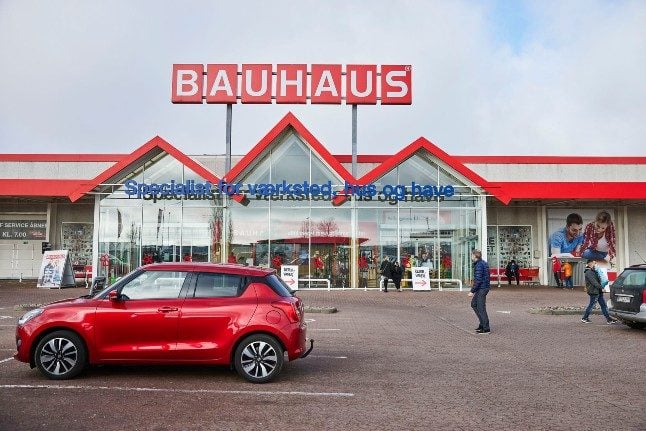 Big out of town DIY stores like this branch of Bauhaus in Aarhus will be allowed to return almost to normal. Photo: Mikkel Berg Pedersen/Freelance/Ritzau Scanpix

In a press release issued on Friday evening, the Ministry of Trade and Industry said that it was changing the area requirements so that large stores of over 10,000 square metres, which currently can serve a maximum of 250 customers at a time, will be able to serve as many as they like, so long as each customer has 10 square metres of space.

The government is also removing the distinction between supermarkets, department stores and shopping malls, so that each are treated the same.

The new rules will come into force on Tuesday April 13th.

Simon Kollerup, Denmark’s trade minister, said that the decision to relax restrictions had been made possible by the current relatively low rates of infection in Denmark.

“While other countries in Europe are talking about closure, we in Denmark are moving towards brighter times.That is why we can now, among other things, relax the area requirements for retail. This will bring more life to pedestrianised streets, but also mean that you as a store owner or customer will find it easier to understand the rules,” he said.

In the press release, the ministry stressed that it was still necessary to wear a face mask, and that shops should still be arranged in a way so that the risk of infection is minimized.

Henrik Hyltoft at the Danish Chamber of Commerce welcomed the decision.

“The government has listened, and we are finally seeing a breakthrough in terms of opening up to something that is almost reminiscent of normal conditions,” he said. “And that is exactly what we have been longing for. The large stores in particular have been hit hard by the very high square meter requirements.”

The decision to relax the requirements was made on the basis of an assessment by the health authorities.

Shopping malls and department stores with an area of ​​15,000 square meters or less can open from Tuesday.

Here are the new area requirements:

A fact box in Danish is available here.