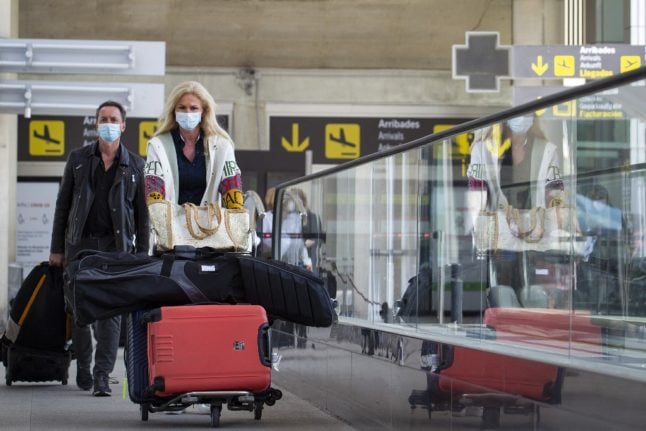 If you follow the British media, you’ll have seen numerous articles (see below) about UK nationals about to be deported from Spain or leaving of their own accord, to avoid the risk. Emphasis has been placed on the alleged actions of the Spanish authorities, or the EU in general, rather than the individuals concerned.

Some British people, for a variety of reasons, missed the Brexit deadline of December 31st 2020. If a UK national wasn’t in the country before the end of the transition period, they couldn’t apply for residency under pre-Brexit terms. Anyone applying for residency in this post-Brexit world must meet a more demanding set of criteria and won’t benefit from the protection of the Withdrawal Agreement (WA). However, anyone who can prove they were in Spain before the end of 2020 can still apply for residency under WA terms, even after April 1st, and regardless of whether they’ve already started the application process.

Some UK press reports have included interviews with returning Brits who applied for residency but were denied. In the vast majority of cases, no reasons for these residency refusals were given, so we can only speculate. One thing is for sure: the Spanish authorities have every right to say “no” if their requirements aren’t met.

When is the deadline for Brits to apply for residency in Spain?

ANALYSIS: ‘I’m sad to be leaving Spain’ – Despite the efforts many Britons have not registered

A large group returning to the UK are the “under radars” – those living in Spain without being legally registered, sometimes for years or even decades. This group draws little sympathy from “resident” Brits who feel they have done the right thing and paid their taxes.

Meanwhile, the reaction from many “under radars” appears to be surprise or shock. There should be no surprise, as they’ve had four years to confirm the requirements and start the residency application process. However, we can’t know everyone’s personal circumstances. Whatever these may be, deciding which country to call home is a tough choice even under the best of circumstances. Now that element of choice has been removed.

500 Brits living in Spain fear being deported to UK by Wednesday over Brexit https://t.co/qgWUw1UX1W pic.twitter.com/tFkD7qapjo

Brits were always required to apply for residency after spending three months in Spain, assuming they intended to stay. While we were members of the EU, Spain, and many other EU countries, have taken little action about overstayers. Many people who will become “undocumented” on April 1st clearly think that Spain’s attitude to their presence won’t change, and they can continue to live under the radar. It’s a big risk, considering the consequences – a fine, deportation, and possibly being barred from re-entry into the EU (not just Spain) for up to five years.

Time will tell how this scenario pans out, but overstayers should be aware that they are no longer EU citizens and will be treated as third country nationals. They will face the same immigration policies that apply to citizens of America or Algeria. While third country national rules may be new to Brits, the Spanish authorities have been dealing with them for years. Despite suggestions in the media to the contrary, these rules are not new, and the Spanish, or any other EU government, are not to blame for the position we’ve been put in. They are merely enforcing rules that apply to non-EU members – a consequence of Brexit that the British government, if not all British citizens, would have been very well aware of. Indeed, the British government helped to write those rules.

For Brits in Spain who need to apply for residency, there’s still time. If you can prove that you were living here before December 31st, you can apply and benefit from the WA. You’ll need hard copy proof of where you were living – such as a mortgage or rental agreement – and to show when you arrived in Spain. Even if you haven’t started the process by April 1st, you won’t be classed as an illegal immigrant if you intend to apply for residency or your application is being processed. First-time residency applicants can start the process online, so you can put yourself in the system while awaiting personal appointments.

The British media has claimed 500 people are to be deported when their 90-day visitation period expires on March 31st.

Is that number accurate? It’s probably as accurate as the much-mooted figure of 350,000 Brits residing in Spain – clearly, this was always a significant underestimate of the true number.

With the 90-day rule being applied, and a raft of new residency applications coming forth, we might finally find out how many Brits really did make Spain their home.

A warm welcome to all the newbies!

Customers of Barclays Bank who are living in Spain and other EU countries have been receiving letters telling them that their UK accounts will be closed by the end of the year.

A number of readers of The Local’s network of news websites have contacted us to report receiving either letters or messages in their online banking telling them that their accounts would be closed because of their residency in Spain or in other countries in the EU.

A Barclays spokesperson told The Local: “As a ring fenced bank, our Barclays UK products are designed for customers within the UK.

“We will no longer be offering services to personal current account or savings customers (excluding ISAs) within the European Economic Area. We are contacting impacted customers to give them advance notice of this decision and outline the next steps they need to take.”

Customers are being given six months to make alternative arrangements. The changes affect all personal current accounts or savings accounts, but do not affect ISAs, loans or mortgages.

During the Brexit transition period Barclays closed Barclaycard accounts of customers in Spain, but did not indicate any changes to standard bank accounts.

Around the same time several other British high street banks began closing accounts of British customers who live in the EU, although with the exception of Barclaycard customers in Spain who were largely spared.

Many UK nationals who live in Spain maintain at least one UK bank account – in addition to a Spanish account – sometimes just for savings but others use their accounts regularly to receive income such as pensions or income from rental property or – for remote workers – to receive income for work done in the UK.

Not having a UK bank account can make financial transactions in the UK more complicated or incur extra banking fees.

READ MORE: What are the best UK banks for Brits in Spain?

Since Brexit, the UK banking sector no longer has access to the ‘passporting’ system which allows banks to operate in multiple EU countries without having to apply for a separate banking licence for each country.

And it seems that many UK high street banks are deciding that the extra paperwork is not worth the hassle and are withdrawing completely from certain EU markets.

When British banks began withdrawing services from customers in the EU back in 2020, a UK government spokesman told British newspaper The Times that “the provision of banking services is a commercial decision for firms based on a number of factors” so Brits in Spain probably shouldn’t hold their breath for any help from that direction.

READ ALSO: Premium Bond holders in Spain may have to cash in if no UK bank account