Please note: As at March 30th, this plan is currently on hold. Please click here for more information.

This week, Austrian officials announced a hard Easter lockdown in the east of the state.

From April 1st until April 6th, the states of Vienna, Lower Austria and Burgenland will enter a hard lockdown.

While the lockdown should end on April 6th, it may be extended if infection rates and hospitalisations remain high.

What is the plan as it currently stands?

If shops open again on 7th April following the Easter lockdown in Vienna, Lower Austria and Burgenland (from 1st April to 6th April), you will need a test to go shopping, according to the latest plans of the Ministry of Health.

Will I need a negative test result to visit all shops?

Not all shops. Some retail outlets, such as those providing vital services, appear to be be exempt.

For example you can go to supermarkets, pharmacies, banks and post offices without a test, reports Austria’s Kurier newspaper.

As it stands, it appears the shops with a negative test requirement will be those considered ‘non-essential’ by the government which are not allowed to open from April 1st to 6th.

How could a test requirement work in practice?

Although more details are forthcoming, Austrian media reports that the system may be similar to that currently employed for close contact (i.e. body-hugging) services like hairdressers and cosmetic services.

Austria’s Kurier newspaper reports that the test would need to be less than 48 hours old, much like in rules for close contact services.

Alternately, it could mirror the system in place in Vorarlberg.

EXPLAINED: What is Austria’s compulsory testing requirement for visiting hairdressers?

In Vorarlberg, the only state in Austria to open up its restaurants and events so far, has done so with a test requirement.

In the western state, there is an online test platform which people can use to upload negative self-tests.

A digital confirmation of the test is used as a 24-hour entry certificate for events, as well as giving children aged under 18 the chance to participate in indoor sports.

A PCR test result is valid for 72 hours. An antigen test carried out under supervision by an authorised body gives access for 48 hours.

In Austria it is already necessary to show a negative recent PCR test result when visiting a hairdresser or other “body hugging” services, such as a manicurist or a tattoo parlour.

What exemptions could be in place?

What do the shopkeepers say about the plans?

The GPA union has criticised the corona access tests planned for retail in eastern Austria, saying they are “unrealistic” and “unsuitable for fighting pandemics”.

The union fears a test requirement may increase attacks on shop employees from disgruntled customers, many of whom already dislike the mask requirement in shops.

If tests were compulsory, the non-food trade would lose two thirds of sales, Rainer Will, managing director of the trade association, told the Kronen Zietung on Monday.

How likely is the plan?

One of the major stumbling blocks appears to be whether or not the plan can be supported under existing law, or whether a new amendment would need to be passed.

While the Austrian government is pushing ahead with the plan, it is expected to receive some serious opposition from the other parties in parliament.

Health Minister Rudolf Anschober however said he believes the Covid-19 Measures Act framework allows for the measure to be introduced, much as it has been for hairdressers and cosmetic services.

Vienna has announced today all people working or living in Vienna can be regularly tested for the corona virus free of charge using a PCR gargle test. People who drop off their tests at participating stores before 9am receive the result within 24 hours.

The Alles Gurgelt (everyone gurgles) website explains test results can be already be used to visit a hairdresser or in the future, to visit other businesses with a test requirement. Starting next week, up to 200,000 free PCR tests should be possible for all Viennese people every day. 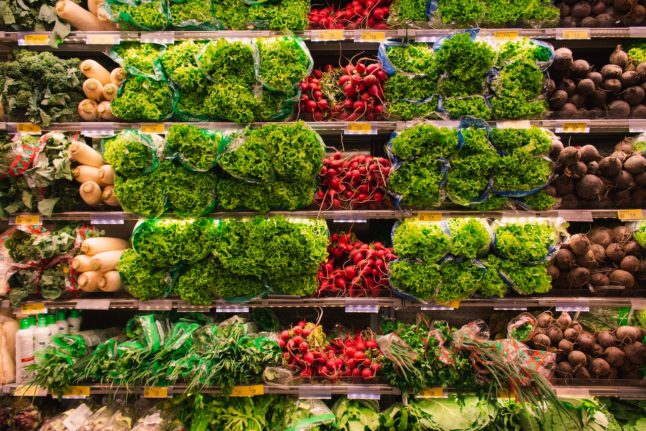 Like many other European countries, Austria is home to several different supermarket chains – all offering varying levels of affordable products, international foods and local produce.

But if you’re new to the country, or even just evaluating your spending habits, it can be hard to know which supermarket is best for you.

To help you get started, here’s an overview of the most common supermarkets in Austria and what they offer.

The Dutch-owned supermarket chain is the biggest in Austria with more than 1,500 shops across the country.

Spar has a range of in-store brands, but the most notable are Spar Premium, S-Budget (for price-conscious shoppers) and Spar Free From for lactose and gluten-free products.

Interspar is the hypermarket version of Spar stores, followed by Eurospar that offers a wide selection of food and drink. Then there is Spar Gourmet, which is a “lifestyle supermarket” in Vienna and the surrounding area that stocks high-end items alongside the usual selection of basics.

Also, on a national level, Spar partners with food waste reduction company Too Good To Go. This means users of the Too Good To Go app can pick up food that would otherwise go to waste from Spar, Eurospar and some Interspar stores.

And if you like to get a bargain, you can collect tokens when you shop at Spar to save up to 20 percent off future purchases.

Billa has more than 1,000 stores across Austria and can be found in most towns and cities. It is easy to spot with its bright yellow and red branding and is known for stocking international and regional produce.

In-store own brands include Ja! Naturlich for organic products, Clever for budget prices and Wegenstein for award-winning Austrian wines.

READ NEXT: Which Austrian cheeses are protected foods and why?

Billa operates the larger Billa Plus stores (formerly known as Merkur) in some locations, as well as an online shop for click and collect orders. Billa Plus offers even more regional products than the regular Billa shops and promises more price reductions as a result.

All stores have a bakery, a meat counter, a fish counter, take away coffee and freshly squeezed orange juice.

Plus, with the jö Bonus Club customers can collect one point for every Euro spent in Billa and Billa Plus, as well as at partner stores such as Libro, Bipa, Pagro Diskont and OMV. 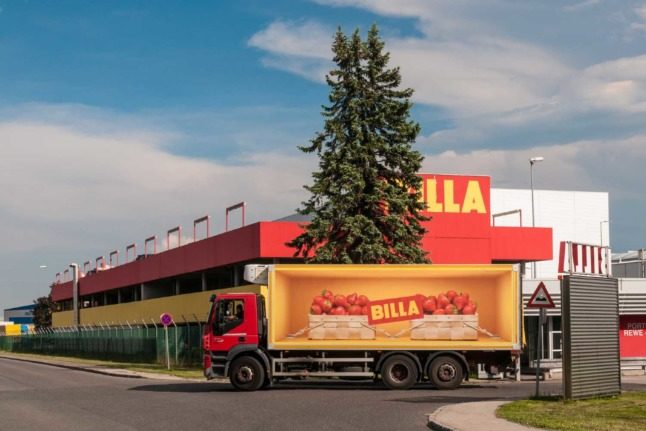 If you want to reduce how much you spend on food every month, then head to Hofer.

Hofer is basically the German brand Aldi but with a different name for the Austrian market. It sells cheaper, lesser known brands that Aldi is famous for, as well as some fresh Austrian produce.

Hofer doesn’t have the same perks as other supermarkets like a cafe or a specialised butchers’ counter, but it does have the Backbox in-store bakery and the 100% aus Österreich (100% from Austria) meat range. It also has a range of weekly special offers, which vary from store to store.

But a word of warning: be prepared to pack your bags quickly in Hofer. The check-out assistants don’t mess around and often whizz products through the tills incredibly fast.

FOR MEMBERS: EXPLAINED: 10 ways to save money on your groceries in Austria

MPreis has more than 250 stores and is one of the main supermarkets in Tyrol. The independent chain works with around 250 regional suppliers and is a proud stockist of Tyrolean meat, cheese and vegetables, as well hundreds of organic products.

The quality of food products in MPreis is high and the stores are pleasant to visit, but prices for most other products can be higher than other stores. The international food section is also often limited, although this has been improving in recent years.

However, the Therese Mölk bakery delivers high-quality bread and baked goods, and the Nature Fair brand ensures customers know where their meat is coming from with a focus on animal welfare. And you can’t beat MPreis for a wide selection of regional products from the Alps.

Additionally, MPreis has a selection of special offers in the online shop, like household items, children’s games and outdoor gear.

Prosi is an international supermarket specialising in Asian, African and Latin American food – the largest of its type in Austria. Products include spices, rice, drinks, seafood and vegetables, as well as some British products like PG Tips teabags.

The company is based in Vienna on Wimbergergasse in Neubau but also has an online shop with free delivery throughout Austria for orders over €99.

Other brands in the Prosi group include an Indian restaurant, a cosmetic and hair world, cooking classes, apartments, an exotic festival and a charity to support developing communities around the world.

READ ALSO: How did the Wiener Schnitzel become an Austrian icon?

MaranVEGAN – Austria’s first vegan supermarket – opened on Stumpergasse in Vienna’s sixth district in 2013. The store was set up by a husband and wife team who decided to return to the world of entrepreneurship after realising retirement was too quiet.

Shoppers at MaranVEGAN can choose from over 4,000 products, including fresh fruit and vegetables, drinks and hygiene products. Plus, there is an in-store bistro with a changing weekly menu.

Customers can also take advantage of the MaranVEGAN loyalty card and save two percent on all items.

Unimarkt is a franchised cooperative of supermarkets. There are just 129 Unimarkt stores in Austria, with shops mostly found in Upper Austria, Styria, Salzburg and Lower Austria.

The stores stock the Jeden Tag range for low-cost shopping, Alnatura for organic food and UNIpur for family-friendly Austrian products.

Customers like that Unimarkt is an alternative option to spending money at the big supermarket chains and there is also the PAYBACK loyalty card to collect points.

Last year, Unimarkt was bought by entrepreneur Andreas Haider who plans to go up against market leaders Spar and Billa by expanding the number of Unimarkt stores across the country.

Penny Markt is a discount German supermarket chain with many locations in the east of Austria, although none in the western states of Tyrol and Vorarlberg.

Customers can sample a variety of in-store brands, such as the cheap and cheerful Penny range, Echt Bio! (organic products) and Ich bin Österreich for regional food. And if you really want to save money then look out for the weekly Supaaa! deals where you can save up to 50 percent.

Additionally, Penny has a new online pre-order service for the in-store Fleischhauer (butcher).

Penny also participates in the jö Bonus Club scheme (like Billa) so you can collect points to spend at Penny or partners stores and save even more money.