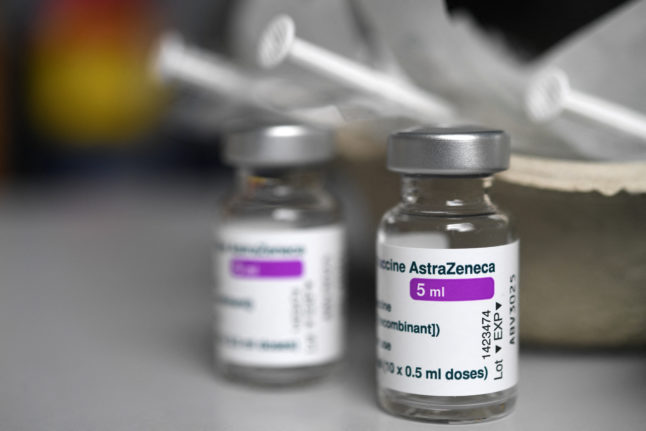 “It is a difficult but correct decision to extend the pause for the AstraZeneca vaccine. We believe it is necessary to carry out more investigations into these cases,” Geir Bukholm, Director of the Division of Infection Control at the Norwegian Institute of Public Health (NIPH), said in a statement.

The vaccine was originally suspended on March 11th following reports of suspected serious side effects.

In the Nordic country, several healthcare workers under the age of 55 have suffered symptoms including blood clots, bleeding and a drop in blood platelets after receiving the AstraZeneca jab.

Four deaths have been reported, with three from combinations of these complications and one from a brain haemorrhage.

No link has been established with the Anglo-Swedish drugmaker’s vaccine, although a Norwegian medical team said it saw these rare but serious cases as the result of a “powerful immune response” triggered by the serum.

EU drugs regulator EMA last week said the vaccine was “safe and effective” and not linked to a higher risk of blood clots, but could not “rule out definitively” its role in the rare clotting disorder.

The World Health Organization has also urged countries to continue using the vaccine, arguing the benefits outweigh any potential risks.

“The most important thing is to determine whether there is a causal link between the vaccination and these very serious side effects, as we suspect,” NIPH director Camilla Stoltenberg told public broadcaster NRK radio.

The deputy leader of the Norwegian Nurses Association (Sykepleierforbundet), Kai Øivind Brenden, told broadcaster NRK that he is satisfied that the NIPH has decided to extend the suspension.

“We think it is a wise decision, as long as there is so much uncertainty, we think it is wise (to take the time) to make the necessary risk assessments,” Brenden said.

Among the first to suspend AstraZeneca’s vaccine, the Nordic countries are now adopting different strategies.

While Denmark on Thursday announced a three-week extension of the pause to allow time for a closer look at possible side effects of the vaccine, Finland, Iceland and Sweden are restarting their rollouts, although only for older people.

In a statement released on its website, NIPH said it wanted to get more information surrounding the following questions:

Prime Minister Erna Solberg told news wire NTB that she believes that valuable information can be gained from the United Kingdom in regard to the safety of the AstraZeneca vaccine.

“The UK is the country that has used AstraZeneca the most in the largest groups and must have a basis to be able to say something about this,” Solberg said.

So far 120,000 people in Norway have been vaccinated with AstraZeneca.

The suspension is expected to delay the Norwegian vaccination programme by one to two weeks, NIPH said, and people who have already received a first dose of the vaccine would not be offered a second injection at this stage.

The health authority said that data from United Kingdom suggested that the first does should provide good protection against a severe disease course.

In the NIPH’s best case scenario plan it had hoped to have everyone over the age vaccinated by June.