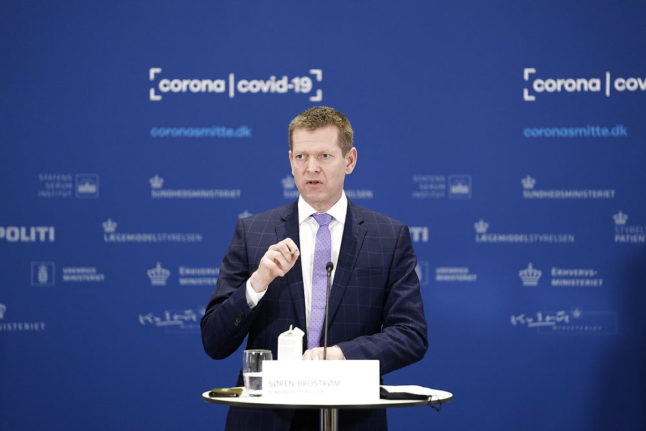 Denmark was the first country to suspend use of the AstraZeneca jab in mid-March, a decision then followed by more than a dozen other mostly European countries, after reports of blood clots potentially linked to the vaccine.

“We have today decided to extend our pause for another three weeks (until April 18th),” director of the Danish Health Authority Søren Brostrøm told a press conference.

“We have discussed this with domestic experts, who still believe that concerns remain. That’s why we are sticking with the pause,” Brostrøm said.

Causing most concern is a combination of blood clots, haemorrhaging and low blood platelet levels that was rare but occasionally fatal.

The World Health Organization has urged countries to continue administering the vaccine, arguing the benefits outweigh the risks.

EU drugs regulator EMA last week said the vaccine was “safe and effective” and not linked to a higher risk of blood clots, but could not “rule out definitively” its role in the rare clotting disorder.

“We are not going against the EMA’s decision, we are building upon it and going further,” Brostrøm said.

Brostrøm added that they would continue to investigate whether certain groups were subject to particular risk, how high that risk was and whether it was acceptable.

Finland and Iceland resumed inoculations using the jab this week, but only for seniors.

Sweden was due to announce its decision later Thursday, and a Norwegian decision was expected on Friday.

The AstraZeneca suspension has slowed the country’s ambitious vaccination rollout, with 5.7 percent of the population fully vaccinated and a first dose administered to 11.1 percent.