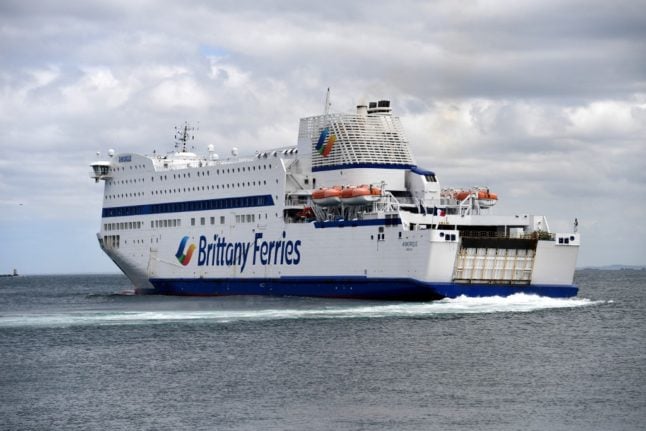 For some Brits in the EU, it's now time to head home. Photo: AFP

Who does this affect?

This is for UK nationals who don’t have permanent residence in an EU country and don’t intend to become residents. All Brits who live full time in the EU need to gain residency status via their country’s national system if they have not already done so.

If you are a permanent resident of an EU country and covered by the Withdrawal Agreement you can travel (Covid rules permitting) but will need to show your residency card at the border. Those resident in countries like France or Italy where many people have not yet been issued with cards can show an acknowledgement of their application for residency or, if they do not have that, proof of their residency such as utility bills or a work contract.

This also doesn’t apply to dual nationals who don’t live in the EU but do have an EU passport, so if you’ve been lucky enough to secure an Irish/French/Italian etc passport then you can stop reading.

When is the deadline?

Wednesday, March 31st, marks 90 days since the end of the transition period, the date when the UK effectively left the EU and therefore the last day that UK nationals who were in the country before January 1st can stay in the EU without taking up residency or having a visa.

Why is this date significant?

This rule, already familiar to non-EU nationals like Americans or Australians, has applied to Brits since January 1st 2021 and limits stays in EU countries.

You can find a full explanation of the rule HERE, but in outline the rule says that non-EU citizens can only stay in the EU for 90 days out of every 180. If they want to stay longer they need to either apply for residency or get a visa.

The 90-day limit is a rolling one and the 90 days can encompass one long trip or multiple short ones, so long as the total number of days doesn’t exceed 90 in each 180-day period. To help work out your allocation, check out the Schengen calculator HERE.

It’s important to point out that this limit is for the whole EU and Schengen zone, so you need to calculate your total time spent in any EU/Schengen countries.

So for any Brits who have been in the EU since the New Year, it’s now time to head home if you don’t want to risk overstaying your 90-day allocation.

Anyone who has been here for less than 90 days since January 1st can stay until they reach their own 90-day limit.

Citizens’ right groups across the EU are concerned that some British nationals who have been living off the radar have still not caught on to the post-Brexit residency requirements and may be caught out by this date.

There may be others who want to stay longer in EU countries but not become official residents and intend to ignore the date, but are not aware of the implications this may have.

Kalba Meadows from citizens’ rights group France Rights and British in Europe said: “March 31st marks an important date for some of you.

“If you’ve been in France since January 1st but you’re not legally resident here – maybe you prefer to keep your country of residence as the UK, or you don’t meet the conditions to apply for a residence card under the Withdrawal Agreement – that date marks the end of the 90 day period that you’re allowed to stay in the Schengen area as a British citizen.

“You’ll need to make plans to leave France on or before that day, either returning to the UK or moving on to a country that isn’t part of Schengen. If you don’t do this, you will be clocked as an over-stayer when you do leave, which comes with penalties and may make it difficult for you to return or involves fines.

“This is a big change for many of you, especially those with second homes here who are used to spending longer than three months at a time in France – but thanks to Brexit, it’s the new reality for Brits, as we’re now third country nationals with no special treatment at borders.”

Her words were echoed by Sue Wilson, chair of Bremain in Spain, who said: “We have been advising visiting Brits of the fast-approaching deadline and reiterating advice given by the British Embassy.

“The clock is ticking, yet there are still Brits deliberately planning to overstay their welcome. They are burying their heads in the sand and assuming we’ll be treated differently from other third country nationals, simply because we are British.

“I fear many that have ignored the warnings of the consequences of exceeding a 90-day stay are in for a rude awakening. The time to act is now, before it’s too late.”

What if I’m resident of another EU country?

Officially the 90 day rule also applies to Britons who are resident in one EU country but who have been living in another. So for example if you are a resident of France but have been living at your second home in Spain or with family in Italy since January 1st you are in theory supposed to return home before 90 days.

The big difference of course with those non-residents who have to leave the block is enforcement and the chances of ending up in hot water with immigration authorities given the lack of controls at Schengen borders.

While it seems unlikely people would be caught they should be aware that while residents of EU countries won’t be subject to the same passport checks and stamping as people entering the Bloc, that doesn’t mean there are no passport checks.

READ MORE: Can Britons living in EU spend more than 90 days in another Schengen country?

Can I get an extension because of the Covid situation?

Each EU country has its own immigration rules, but in the countries covered by The Local most national authorities have said there will not be extensions given purely because of the overall health situation or travel restrictions – you may be able to appeal any penalties if you can show that you had Covid at the time your 90 days expired and so you were unable to travel.

The EU has issued some general advice on this, encouraging member states to grant visa extensions where necessary and to waive sanctions on people who have overstayed due to travel restrictions.

As ever, though, decisions on border issues remain with national governments within the EU.

No EU countries currently have completely closed borders so it is possible for UK nationals who have their main residence in the UK to return there (although you will need Covid tests and to quarantine on arrival).

A spokesman for the British Embassy in Spain added: “There is no hard deadline to register for residency, however UK nationals in Spain have always had to apply for residency in Spain if they intended to live here beyond three months. This applies equally to nationals of other countries, including EU countries.”

What if my spouse has an EU passport?

Having a spouse or registered partner with an EU passport can be handy, but unfortunately not in this situation.

If you are the spouse/registered partner of an EU national you can apply for a spouse visa, but all types of visa have to be applied for from your home country so you will still need to return to the UK and then make the visa application.

What happens if I stay longer?

If you spend more than 90 days in the EU or Schengen zone without a visa or residency permit then you are officially an over-stayer. And unlike the pre-EU days when passport control consisted of a man in a booth with a rubber stamp, scanning of all passports on entry/exit of the EU makes it pretty easy to spot over-stayers.

Exactly what happens if you are caught over-staying varies from country to country.

In theory, all countries have the same penalties at their disposal, but in practice some are more likely to issue fines while others prefer to issue bans on re-entry.

There is some anecdotal evidence that some countries, including France and Spain, take a slightly more relaxed view if the over-stay is only a couple of days while others, notably Germany, are stricter – but we would advise readers not to rely on this.

Anyone who over-stays can be subject to the following penalties;

Deportation – if you are found to have over-stayed, countries are within their rights to either imprison you and deport you, or give you a certain number of days to leave. In practice, deportation is rare for people who aren’t working or claiming benefits in an EU country

Entry ban – countries can impose a complete ban on re-entry, usually for three years although it can be longer. A complete ban is usually only put in place for people who have over-stayed for a significant amount of time

Difficulties returning to the Schengen area – even if you avoid all of the above penalties, the over-stay alert on your passport will make it more difficult for you to return to the EU, and this applies to any EU or Schengen zone country, not just the one you over-stayed in. People who have this alert on their passport are likely to face extended checks at the border and may even be turned back. You will also likely encounter difficulties if you later apply for a visa or residency

People who simply stay in an EU country without securing residency become undocumented immigrants and will not be able to access healthcare or social security provision. If caught, they face deportation.

This sucks, can’t we do anything to change it?

It really sucks, and unfortunately this is only one of the many ways that Brexit is negatively impacting the life of UK nationals. Indeed, the 90-day rule has long applied to citizens of other non-EU countries.

There are several campaigns running to relax these rules for UK nationals including a push to change the rules to 180 days in total in a year – which don’t have to be broken up into blocks of 90 – as is the case in the UK for EU citizens. However nothing has been agreed yet and with the many other post-Brexit problems – not to mention the little matter of a pandemic and looming recession – it may not be at the top of any government’s to-do list.

The tests had initially been decreed until January 31.

Since the start of this year, travellers aged over 11 and coming from China to France have had to present a negative test taken 48 hours before the flight to board the plane.

Random testing will be carried out and anyone testing positive will have to self-isolate, the French authorities said, adding that everyone above six years old would have to wear face masks on the plane.

China has said that the number of daily Covid-19 deaths has fallen by nearly 80 percent since the start of the month.

A wave of virus cases has washed over the world’s most populous nation since Beijing abruptly ended its zero-Covid policy last month.

Beijing’s figures are believed to only represent a fraction of the true toll, given China’s narrow definition of a Covid death and official estimates that swathes of the population have been infected.