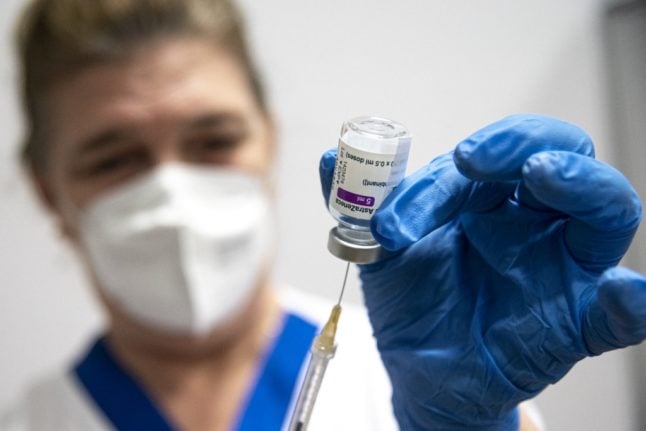 Following an inspection of pharmaceutical firm Catalent’s factory in Anagni in central Italy, officials found a large stash of the vaccine. The discovery was first reported by Italian newspaper La Stampa, which alleged that the doses were destined for the UK.

But AstraZeneca said 16 million doses were destined for the EU and the other 13 million for the Covax programme, which supports poorer countries and has Brussels’ support.

READ ALSO: Reader question: Do you need a health card to get vaccinated in Italy?

“There are no exports currently planned other than to Covax countries,” an AstraZeneca spokesperson said.

The doses destined for Europe were waiting for inspection before being dispatched, and were expected to be delivered by the end of April.

The discovery fuelled concerns in Brussels that the firm was not being transparent about its production, and came on the same day the bloc tightened its export control mechanism amid a row with the UK over supplies.

European capitals are irritated that the UK-based company managed to supply its British commitment smoothly, while falling far short of its promised deliveries to the EU.

A British government source denied that any of the Anagni doses were expected in the UK, and an Italian government official said they appeared to be destined for Belgium, a hub of vaccine production and distribution.

The Italian plant performs “fill and finish”, the process of putting vaccines produced elsewhere into vials and properly packaging them.

“We suspected that AstraZeneca had more production capacity in Europe than they had accounted for,” a European official told AFP, adding that industry commissioner Thierry Breton had asked Italy to investigate.

The official said the EU would now check where the vaccines were set to be delivered to, and whether they were originally produced in plants authorised by the European Medicines Agency.

The reports come as the EU said it would bolster rules on Covid-19 vaccine exports, making authorisations contingent on destination countries behaving fairly in return.

EU officials said the scheme is not a “vaccine export ban” and does not target any country in particular — though they called out AstraZeneca for falling far short on its deliveries to Europe.

The doses were initially found on Saturday after the European Commission asked Prime Minister Mario Draghi to inspect the batch, the Italian PM’s office said in a statement. Draghi later informed the health minister, Roberto Speranza, who ordered a police inspection.

AstraZeneca said it was “incorrect” to describe the batch as a stockpile and instead were waiting to go through quality control before being dispatched.

EU trade commissioner, Valdis Dombrovskis, said on Wednesday that Astra Zeneca was falling short of delivering even a quarter of the 120 million doses that the company aimed to provide the European bloc by the end of March.

“They are promising to be able to deliver 30 million doses but they are not even close to this figure as of today,” he told reporters.

READ ALSO: Italy says leftover vaccines should be given to ‘whoever is available’

Meloni’s trip — her second to a North African country this week — is the first by a European leader to war-battered Libya since her predecessor Mario Draghi’s visit in April 2021.