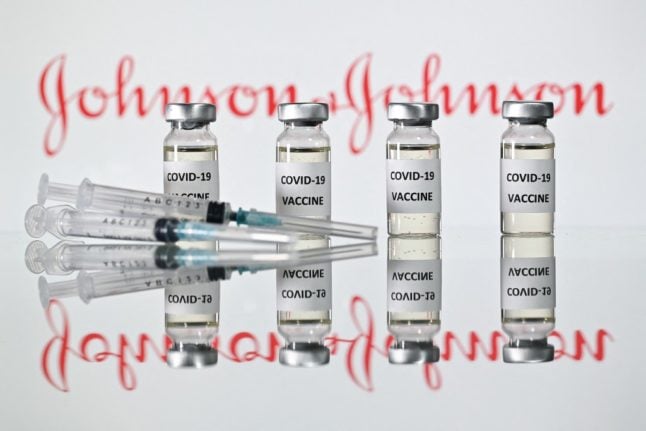 Austria’s Ministry of Health “made mistakes” when ordering the Johnson & Johnson vaccine. Austria only committed to buy 2.5million of the 4 million doses offered by the EU, Austria’s Der Standard newspaper reports.

The newspaper says this could mean Austria falls significantly behind in vaccination numbers compared with other partner countries in May.

NEOS health spokesman Gerald Loacker has called for the resignation of Health Minister Rudolf Anschober, according to the broadcaster ORF.

However the vaccination campaign in Austria should pick up speed again and by the summer 4.6 million people, or 63% of all adults could be vaccinated, Health Minister Rudolf Anschober has said according to broadcaster ORF.

Around two million doses will be delivered to Austria in the first quarter and a further six million in the second quarter of the year.

Calls for ‘correction mechanism’ in EU distribution of vaccines

Austrian Chancellor Sebastian Kurz and three EU counterparts have called for a “correction mechanism” for vaccine distribution in the EU.

“It shouldn’t stay the way it is,” Kurz said in a joint press conference with the heads of government Andrej Babis (Czech Republic), Boyko Borissow (Bulgaria) and Janez Jansa (Slovenia) in Vienna. However, no specific measures were called for, broadcaster ORF reports.

Israeli President Reuven Rivlin is coming to Vienna for an official visit and will be received today by Austria’s President Alexander Van der Bellen.

He will also meet with Chancellor Kurz. Broadcaster ORF says it is the first official visit to Vienna by the Israeli head of state since he began his term in 2014.

Schwaz district ‘first in Europe’ to be completely vaccinated

Most of the Schwaz district in Tyrol has now been vaccinated, according to broadcaster ORF. Around 46,000 people have been vaccinated in the past few days out of the 48,500 who were originally registered.

“Schwaz is the first European region to be vaccinated,” said Governor Günther Platter. The area received extra vaccine doses from the EU because of a local outbreak of the South African variant of the coronavirus.

‘Wave of bankruptcies’ forecast in Vienna

He tells the outlet he fears that many smaller businesses will have to close when  deferred social security and tax payments are due, leading to a huge number of legal disputes.

Shortage of workers in skilled professions

The number of unemployed people in Austria is below 400,000 for the first time since November 2020, the Wiener Zietung newspaper reports.

However, Labour Minister Martin Kocher says there is a shortage of skilled workers in 56 professions including roofers, opticians, qualified nurses and qualified engineers for data processing.

Director of EcoAustria, Monika Köppl-Turyna says this is due to low mobility, poor education and mothers who stay home.

Vienna, a city known for its Christmas markets and its New Year concert, is cutting back on public lighting in the face of soaring energy prices.

“There will be no Christmas illuminations this year on the Ring,” the famous boulevard that encircles the centre of the Austrian capital, city spokeswoman Roberta Kraft told AFP.

And the lights at the Christmas market in the square in front of the city hall would only be switched on at night and not at dusk, as in previous years, “which is to say about an hour later, on average, every day”, she said.

The city authorities said they had not calculated exactly how much they would save, but the move comes after energy prices have skyrocketed following Russia’s invasion of Ukraine and its response to Western sanctions.

Last Friday, the Austrian Energy Agency announced that its electricity price index for September rose by more than 256 percent year-on-year.

READ ALSO: Inflation at 9.2% in July: How to beat rising prices in Austria

Austria, with its population of nine million, is very dependent on tourism and its end-of-year celebrations are a major motor of the economy.

Before the Covid-19 pandemic shut down much international travel, more than four million people visited Vienna’s famous Christmas markets in 2019.

In 2021, around 30 of Vienna’s shopping streets were lit up for seven hours a day, from November 12 until early January.