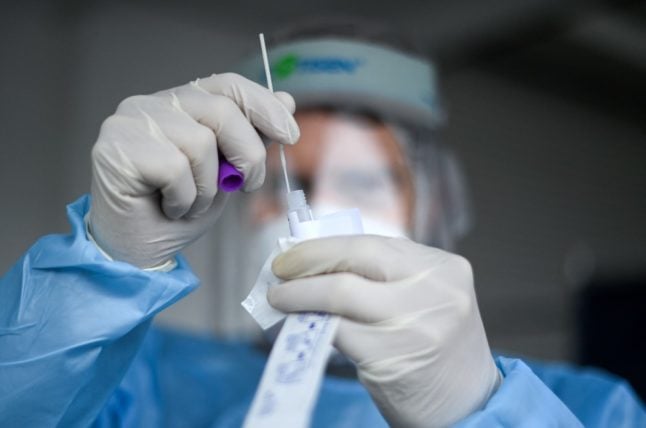 Høie spoke to media after a record 1,156 new cases of the virus were registered in the country’s latest daily update.

The figure is the highest recorded in a day in Norway since the beginning of the pandemic. It should be noted that testing was less widespread during the original wave in spring 2020.

“We are now setting records which none of us wanted to set and we are into a third wave,” Høie said at the briefing.

The more infectious B117 variant of the virus, first identified in the United Kingdom, is now the dominant form in Norway. B117 is responsible for 72 percent of new infections currently, according to data from the Norwegian Institute of Public Health (NIPH). In Oslo, the proportion is as high as 82 percent.

READ ALSO: Everything you need to know about new restrictions in Oslo and Viken

Norway’s reproduction rate or R-number for the virus is now at 1.4, the NIPH weekly report states. That means 10 infected people will pass the virus on to an average of 14 others, enabling the epidemic to grow.

There are currently 226 hospital inpatients with Covid-19 in Norway, which is the highest number of hospitalisations since April 2020.

Despite the concerning numbers, Høie said that restrictions to control the virus will remain largely in the hands of local authorities for now.

“If we were to introduce stricter measures nationally now, they would be influenced by the parts of the country where infections are lower,” he said.

If there are many more outbreaks in more parts of the country, we have plans to introduce national measures,” the minister also said.

Authorities did advise travelling domestically during the forthcoming Easter holidays, however.

“We are approaching Easter and many want to know which guidelines apply. The general advice to avoid travelling – including domestically – will also apply at Easter,” head of the Norwegian Health Directorate Bjørn Guldvog said at the briefing.

At Wednesday’s briefing, Norwegian health officials also commented on the AstraZeneca vaccine. Norway is amongst a number of European countries to have suspended use of the vaccine.

NIPH director Camilla Stoltenberg said that Norway is currently investigating whether there may be a link between the AstraZeneca vaccine and serious incidences of blood clots in a small number of vaccinated people.

But the consequences of the investigation for Norway’s vaccination programme could be limited regardless of the outcome, Stoltenberg said.

“After the recently announced delays in deliveries of the (AstraZeneca) vaccines, a full stop of the vaccine would not be so decisive (for vaccinating the population on schedule). But it would need other suppliers to deliver as expected,” she said.