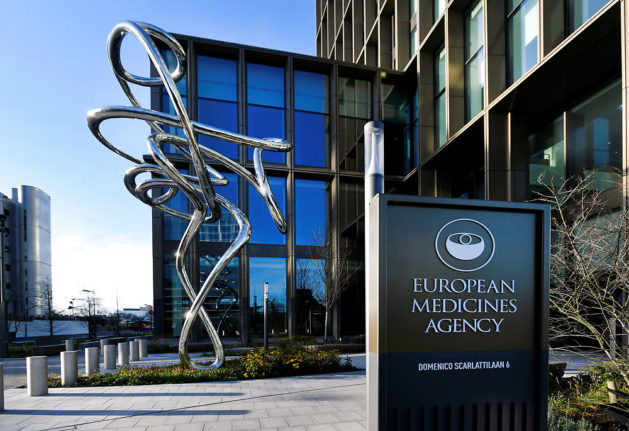 “The information available so far indicates that the number of thromboembolic events in vaccinated people is no higher than that seen in the general population,” the European Medicines Agency told AFP by email when asked about the suspension.

The Amsterdam-based regulator said it understood the Danish decision “has been taken as precaution”.

The EMA said the decision followed the regulator’s own announcement on Wednesday that it was “reviewing thromboembolic events reported in temporal association with the vaccine” after reports of cases in Austria.

The watchdog said it “will continue its assessment and EMA will communicate updates as soon as possible,” the agency said.

In its announcement on Austria on Wednesday, the EMA had said there had been 22 ‘thromboembolic events’ among three million people who received the vaccine across the European Economic Area, which includes Norway and Iceland.

The Danish suspension, which will be reviewed after two weeks, is expected to slow down the country’s vaccination campaign.

Austria said on Monday that it had suspended the use of a batch of AstraZeneca vaccines after a 49-year-old nurse died of “severe blood coagulation problems” days after receiving an anti-Covid shot.

Denmark however suspended the use of all of its AstraZeneca supply, as did Iceland and Norway in subsequent announcements on Thursday citing similar concerns.

AstraZeneca has said that an analysis of its own data did not show any increased risk of blood clots, Danish news wire Ritzau reports.

“An analysis if our data has not shown any form of risk of blood clots in the lungs or in deep veins within any age group, sex, in any batch (of vaccines) or in any country that has used AstraZeneca’s Covid-19 vaccine,” it said in a written comment.