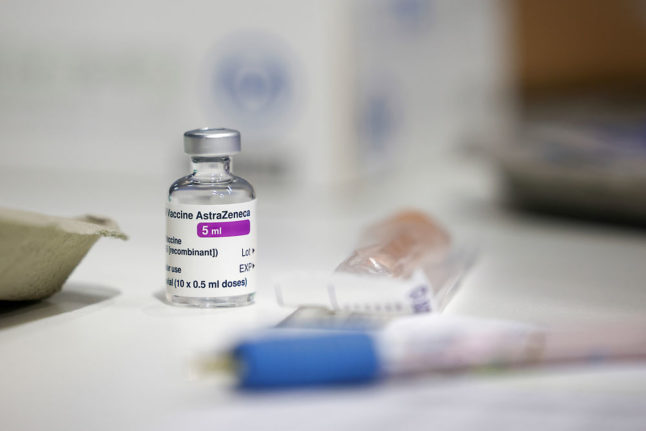 The move comes “following reports of serious cases of blood clots among people vaccinated with AstraZeneca’s Covid-19 vaccine”, the Danish Health Authority said in a statement.

But it cautiously added that “it has not been determined, at the time being, that there is a link between the vaccine and the blood clots”.

Nevertheless the agency asked the regional authorities in charge of vaccine rollout to stop using the AstraZeneca jab until further notice.

It added that there was “good evidence the vaccine is both safe and effective” but that it would consult with the Danish medicines agency in two weeks.

“It is important to point out that we have not terminated the use of the AstraZeneca vaccine, we are just pausing its use,” Danish Health Authority director Soren Brostrøm said in the statement.

Denmark said one person had died after receiving the vaccine. The European Medicines Agency (EMA) has launched an investigation into that death.

“There is broad documentation proving that the vaccine is both safe and efficient. But both we and the Danish Medicines Agency must act on information about possible serious side effects, both in Denmark and in other European countries,” Brostrøm said.

The suspension, which will be reviewed after two weeks, is expected to slowdown Denmark’s vaccination campaign.

Copenhagen now expects to have its entire adult population vaccinated by mid-August instead of early July, the health authority said.

Since inoculation campaigns began in earnest, isolated cases have been reported in some countries of people dying shortly after receiving a vaccine. None has been linked to the vaccine.

Authorities in Austria had stopped vaccinations with a batch of AstraZeneca’s inoculation against the coronavirus, after the nurse died and another became seriously ill after receiving their jabs.

She died as a result of severe coagulation disorders, an illness related to the blood’s ability to clot.

But Europe’s medicines watchdog EMA said on Wednesday that a preliminary probe showed that the batch of AstraZeneca vaccines used in Austria was not to blame for the death of a nurse.

“This is a super-cautious approach based on some isolated reports in Europe,” said Stephen Evans, a professor of pharmacoepidemiology at the London School of Hygiene and Tropical Medicine.

“The risk and benefit balance is still very much in favour of the vaccine,” he said.

In a written comment provided to Danish news wire Ritzau, AstraZeneca said it did not want to comment on the individual cases but was aware that Denmark had temporarily halted use of the vaccine.

The company stressed patient safety is its highest priority.

“Authorities have clear and strict standards for effectiveness and safety when approving any new medicine. That includes the coronavirus vaccine from AstraZeneca.

“The vaccine’s safety has been thoroughly researched in phase-three studies and peer-reviewed data confirms that the vaccine is generally well tolerated,” the company wrote according to Ritzau.

“We don’t yet know whether the blood clots and the Danish death were caused by the vaccine. But that will now be thoroughly investigated as a matter of precaution,” Erichsen told Ritzau in a written comment.

Allan Randrup Thomsen, a virologist at the University of Copenhagen, told AFP that so many people were being vaccinated with the AstraZeneca jab “that it’s hard for me to believe there should be a real problem”.

“But it’s very important that a thorough investigation is performed,” headded.