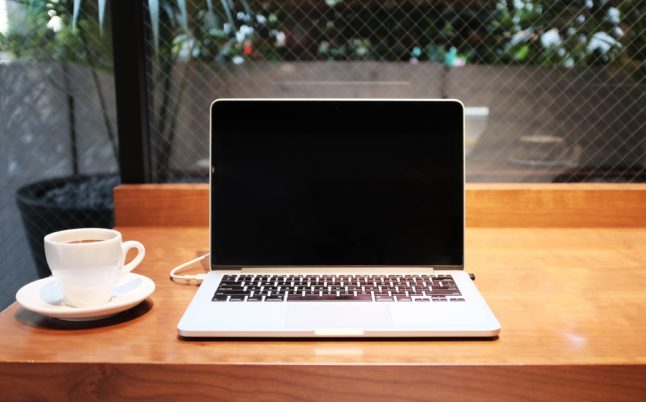 Photo by Alex Knight on Unsplash

Vinmonopol- The vinmonopol is a state-owned store that has the exclusive right to retail sales of beverages with an alcohol level over 4,7 percent. The often long queues to get in the store iare so common that Norwegians have created their own expression  to refer to them – pol queue. Luckily in this modern age, you can avoid the pol queue and place your order online.

READ MORE: What you need to know about buying alcohol in Norway

Shopping for food and other necessity items- Tired of standing in the checkout queue at the grocery store? Then consider ordering your groceries online instead. There are multiple transport options including pick-up points or door to door delivery. Most of the popular grocery chains in Norway such as Meny, Rema 1000, and Joker all offer their own online food ordering services. Although, the availability of these services is dependent on where you live. So check with your local grocery store to find out what options they provide.

Too good to go- And it’s not just the grocery stores that have jumped on the food delivery and pick-up bandwagon. Too good to go is a popular app that many locals use to pick up food that would otherwise be thrown away in cafes and restaurants. The stores that are working with the app often make their food pick-up times just before closing or during their slower hours making it almost guaranteed for you to avoid the queues.

Foodora- No need to stand in line with an empty stomach while you wait for an available table. The company Foodora has partnered with many restaurants in the larger cities around Norway to make restaurant food delivered to your door a possibility. If you have ever seen a bubblegum, pink clad cyclist biking around the city wearing an insulated thermal backpack, then you’ve just spotted Norway’s most popular food take-away service in action.

Prisjakt – If you’re on a tight budget then finding the best price for an item can be necessary. But there is no need to drive around to different stores and stand in a queue waiting  for customer service to compare prices. Prisjakt or “price hunt” is an online site where you can compare prices from everything from electronics to garden furniture all over Norway. You can also use this site to find out which stores have the items you need in stock. In addition, you can set up notification alerts for specific products you’re waiting to buy for when they have gone on sale.

For when you’re settling in

UDI, Politi, and  Skatteetaten – Pre-pandemic, waiting in long queues for drop-in appointments with the service centre for foreign workers, the police, and the tax authorities was extremely common. The lengthy queues are currently non-existent as drop-in appointments have been cancelled. Luckily, many services have become available online in order to adapt to the current times. Here is a list of services and information that would be beneficial to know about if you are needing to book an appointment with one or more of these three centres.

Finding a GP – Finding a fastlege or “general practitioner” for yourself and for your family in Norway is a process that can be done entirely online. This goes for if you want to change your current GP as well as scheduling visits to see them. Scheduling appointments must be done on the individual website your GP’s office has set up.

NAV – A wealth of information and services are offered through Norway’s welfare website, NAV. Due to the pandemic, physical meet-ups with social welfare services are limited and avoided when possible. Luckily, you can apply for unemployment benefit, file for maternity/paternity leave and check the status of your applications all online. Note – to file and follow up on all of these requests you must first have a Norwegian ID number.

Getting your driver’s licence- There is no need to stand in line at your local Statens vegvesen, or “traffic services office” to apply for and receive your driving licence. Norway now accepts the digital version that can be downloaded directly to your phone. Be aware that the digital version of your driving licence is only valid in Norway. So you must have a physical licence if you plan on driving outside of the country.

To exchange your foreign driving licence to a Norwegian one there is the option to wait in line at your local traffic service office. But you can also send it in by mail. Just remember to include all necessary documents as well as the application form.

Buying and selling a vehicle- Both the seller and the buyer of a vehicle must always submit a Notification of Sale. Luckily as of February 20th of this year, this can now be done online as well as paying the required registration fee.

Pay before – For appointments such as driving and theory tests that require an in person meet-up, it is often cheaper to pay any upfront fees when you schedule the appointment online. You get a discounted price, and avoid any unnecessary queues to pay at the traffic service office.

Other places to avoid the queues

The post office- the post office is notorious for lengthy queues! Luckily, delivery services have caught on to their customers’ frustrations and have started offering door to door delivery with very little or no extra costs. So remember this option next time you are ordering an item online and have to click on a delivery method. Here you can find more details and information about one of Norway’s most used delivery services Bring.

Banking services- In order to set up a bank account in Norway, you must meet up in person and have the required documents. There is no way around this initial first step. But after that, you may need to never set foot in your bank again. The services offered through your bank’s online banking service often include: paying bills, overview of your account(s), transferring money abroad, transfer between accounts, and applying for a loan. Check your bank’s website to find out what specific services they can offer you online.

READ MORE: What you should know about opening a Norwegian bank account

The top three most popular online stores in Norway are Komplett, Elkøp, and Zalando.

Norway has the second largest e-commerce market in Scandinavia. Its continued growth and popularity has a lot to do with the fact that 97 percent of the countries residents have access to the internet, states Data Feed Watch. 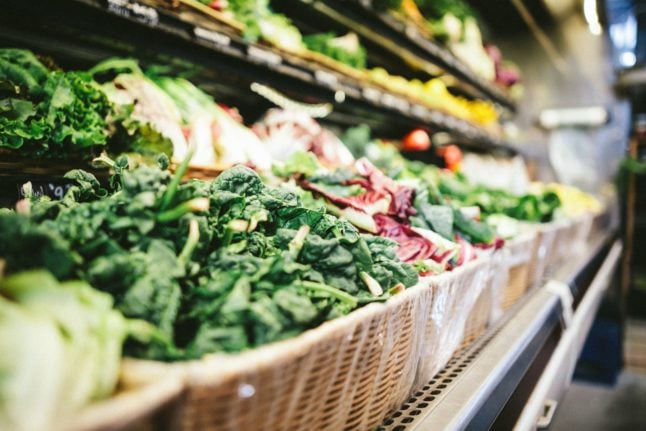 Famously known for being on the pricey side, Norway has many factors that draw foreign residents, such as the scenery, wages and work-life balance.

However, one common complaint is the high prices. Is the cost of food and groceries as bad as everyone says?

Unfortunately, according to the statistics, Norway lives up to its reputation for expensive food and groceries.

Eurostat, which monitors price levels across the EU, EEA and EU candidate countries, has ranked Norway as the country with the second highest price level index for food and non-alcoholic beverages.

According to Eurostat’s data and price level index, prices in Norway were 49 percent higher than the EU average in 2021. Norway also had the highest price for fruits, vegetables, potatoes, and ‘other food’ products. ‘Other foods’ consist of chocolates, sugars, jams etc.

READ ALSO: Why food in Norway is so expensive

Scandinavia as a whole has a reputation for high prices, so how did Norway compare in this regard?

Finland had the lowest overall food prices out of Scandinavian countries when measured by the price level index for food and non-alcoholic beverages. This was followed by Sweden, which had a score of 117, Denmark with 120 and Iceland with 139.

This highlights that even among the Nordics, Norway is an expensive country for food.

Even though the prices are high, is it really that expensive when considering wages?

While food is certainly more expensive in Norway than in most countries, wages are also considerably higher.

For example, the average monthly salary in Norway was 50,790 kroner per month in 2021. This equates to just over 5,000 euros. In 2022, the estimated monthly average wage in the EU was around 2,570 euros. However, it’s worth pointing out that large differences exist between EU countries. For example, the average monthly wage in Bulgaria was estimated to be around 852 euros, while in Denmark, it’s estimated to be about 5,979 euros (44,514 Danish kroner).

Therefore, a more accurate way of measuring the true cost of food would be to measure how much of a household’s monthly income is spent on food.

In Romania, food made up more than a quarter of household expenditure, making food more expensive there for households as it eats up a larger chunk of consumers’ budgets, despite lower prices than the EU average. Across 36 countries measured by Eurostat, food and non-alcoholic beverages made up around 13 percent of total consumption expenditure by households.

In this regard, Norwegians actually spend less money on food than other European households. Food and non-alcoholic beverages accounted for 11.3 percent of households’ total spending in 2022, according to Statistics Norway.

Typically, someone aged 31-50 years will spend between 3,100 – 3,660 kroner per month on food, according to the Consumption Research Norway’s (SIFO) Reference Budget for Consumer Expenditures.

So even while Norway spends more money on food, it’s less expensive overall as it takes up a lower portion of household expenditure. fra