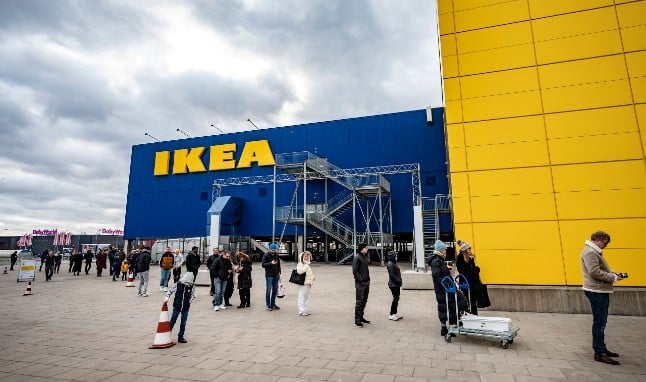 What are the changed restrictions?

What are the exceptions?

The 500 maximum does not apply to the public areas of shopping malls, with the Public Health Agency arguing that this is “not possible” as “there may be workplaces, healthcare facilities, and entrances to public transport which cannot be reached in any other way”.

When will the tightened restrictions be in force?

The restrictions came into force on March 6th and will stay in place until April 11th.

Are they being followed?

When The Local’s freelance reporter visited a large DIY and garden centre in Malmö on Sunday there was no sign that the number of people inside was being actively monitored or controlled, and many of those there were in groups of two or more.

“An enormous amount of people haven’t yet realised that there are new restrictions. They have been surprised when coming here,” Miriam Swärdh, head of the Stockholm branch of Ikea at Kungens Kurva told the TT newswire, pointing to the long queues outside the giant furniture store.

When the 10-square-metre-per-person rule was the only limit, the Kungens Kurva store could contain a maximum of 2,000 people, but some smaller Ikeas, such as in Karlstad, already had a limit of 500 or less.

According to news agency TT, Gekås in Sweden’s bargain shopping town Ullared has got around the 500-person limit by erecting a wall in the middle of its warehouse, and claiming it as two separate stores.